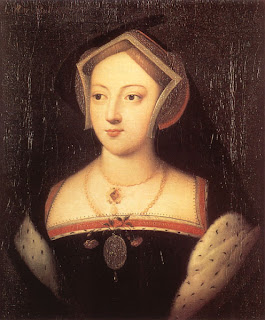 We have no way of knowing how old Mary Boleyn was when she died in July 1543. In the author's note to her romantic novel The Other Boleyn Girl, the novelist Philippa Gregory wrote that Mary lived a "long and happy life," after her sister's execution in 1536. Such a desire to give The Other Boleyn Girl a "happily ever after" style ending does not, unfortunately, correlate with any of the known facts. Even by the standards of the sixteenth century, Mary Boleyn died a comparatively young woman. Estimates for her date of birth range from 1499 to 1502 (James Gairdner in the nineteenth century and Retha Warnicke in the twentieth both put it even later, in 1508, but that seems unlikely.) Meaning that Mary was about forty-four or forty-one at the time of her death.

The eldest surviving daughter of the Anglo-Irish aristocrat Thomas Boleyn, Earl of Wiltshire and Ormonde, and his wife, Lady Elizabeth Howard, Mary Boleyn was presumably born shortly after her parents'  marriage. If she was born before 1505, which seems probable, then she may very well have been born in Norfolk - at Blickling Hall, which was her parents' main residence in the first few years of their marriage. She was followed in the nursery by at least four other siblings: George, Thomas, Henry and Anne. Thomas and Henry both died in infancy and are both buried in churches near Hever Castle in Kent, which became the family's main residence after Mary's grandfather William died in 1505. Like her younger sister, Mary spent part of her education in France, although it seems to have been for a much shorter length of time than Anne.

The later years of Mary Boleyn's life - or Mary Stafford, as she had become by then - are almost as hard to trace as the beginning. Put brutally, once Mary had lost her sister's favour, she ceased to matter politically - or historically. The cause of the rift between the Boleyn sisters was Mary's second marriage. She had eloped with William Stafford, a man of significantly lower social status than she was and slightly younger, too. However, despite her family's hysterical reaction (which took even Mary by surprise) and the insistence of Mary's modern-day enthusiasts that this marriage shows her to be a unique, passionate crusader for romantic love, it was in fact fairly common for aristocratic widows to take a man of lower social standing for their second husband. It helped safeguard their inheritance from their first husband and negate the husband's theoretical authority over his wife. Katherine Brandon, Dowager Duchess of Suffolk and Lady Jane Grey's mother, Frances, were both to do the same as Mary.

Following the death of her father in 1539, Mary had inherited some of his extensive lands and money. Her daughter, Katherine, had subsequently embarked upon a career at court - serving in the households of Anne of Cleves and Catherine Howard, before transferring to that of her cousin, the future Elizabeth I. On 15th July 1543, Mary formally inherited Rochford Hall in Essex, from her former sister-in-law, Jane, who had been executed the previous February. Mary's husband, William, was in France at the time, undertaking four months of military service in Henry VIII's army. On 19th July, four days after the legal wrangling over Rochford Hall had finally ended, Mary Boleyn died. The precise cause of her death has never been established, but it may have been sudden. She left most of her property to her son, Henry, but as the richer half of the couple, she also left her manor at Abinger in Surrey to her husband, William.

Having died in relative obscurity, there is no way of knowing for certain where Mary Boleyn is buried. Various locations have claimed they are her final resting place and Mary's most recent biographer, Alison Weir, has suggested the church of Saint Andrew near Rochford in Essex. The church lay near some of the Boleyns' estates and it had actually been built by Mary's late grandfather, Sir William Boleyn. However, it is impossible to know which churchyard she was interred in and given the impending iconoclasm of the Edwardian Reformation, the renovations of the Marian counter-reformation, the destruction of the civil war and centuries of church redecoration, it seems unlikely that anything of her tomb has survived.

William Stafford remained a widower for nearly a decade after his wife's death, although his Protestant beliefs and family connections enabled him to prosper at the court of Edward VI, who came to the throne in 1547. He sold Arbinger manor shortly before marrying again to a distant cousin called Dorothy, a girl of about fifteen or sixteen. Following the succession of Mary I in 1553 and England's return to state Catholicism, William and his new wife fled to the continent, where they settled in the Swiss city of Geneva and formed a friendship with John Calvin, the fiery ideologue who founded Calvinism and became the spiritual father of Presbyterianism. Whilst there, William Stafford took to calling himself "Lord Rochford," a title which had been used by Mary Boleyn's late brother, George, and to which William had absolutely no right. Perhaps he had been more dazzled by his first wife's connections and ancestry than the romantic myth of their "all for love" marriage suggests? He died in exile in 1556 and he was buried in Calvinist Geneva. His wife had some difficulty extricating her children from Calvin's clutches, but she eventually made it to Basle and then back to England.

Mary Boleyn's daughter, Katherine, was already married at the time of her mother's death - to an up and coming courtier called Francis Knollys. By 1543, the young couple had already had two children - Mary and Henry. And Katherine was already pregnant with a third, the future high society beauty, Lettice. Francis Knollys was knighted in 1547, as part of the spate of honours fired out by Edward VI's government in its first few weeks of coming to power and both he and Katherine rose high in royal favour once Elizabeth I became queen in 1558. Katherine's death in January 1569 devastated Queen Elizabeth, who had her buried in Westminster Abbey.

Katherine's brother and Mary's son, Henry Carey, also prospered under his cousin, Elizabeth, and he also had a large family - twelve children with his wife, Anne Morgan. He had a big personality and one courtier wrote that his "custom in swearing and obscenity in speech made him seem a worse Christian than he was." During the threat posed by the Spanish Armada, he was appointed Principal Captain and Governor of the English army. He died in 1596, at the age of seventy. Queen Elizabeth attended him on his deathbed and granted him the same honour as his sister, of being buried in Westminster Abbey.

Through her twenty-six grandchildren, Mary Boleyn became the ancestress of numerous prominent members of the English upper-classes - including the scientist, Charles Darwin, and Catherine (Middleton), Her Royal Highness the Duchess of Cambridge. 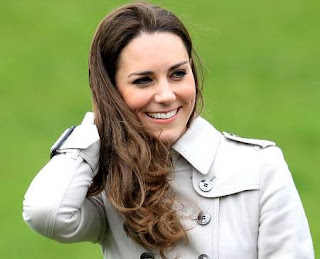