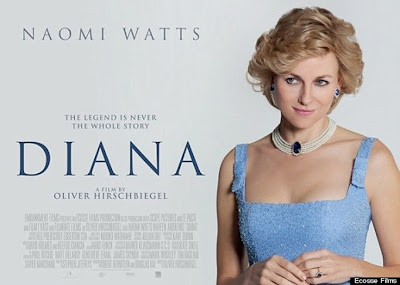 The first spate of reviews for Oliver Hirschbiegel's cinematic take on the last two years of Princess Diana's life are in, and sadly they are not good. Praise for Naomi Watts's portrayal of one of the most famous women in royal history is nearly universal, but so too is dismay and scorn for the script. Not since the directorial disaster of 1981's Mommie Dearest, an exploitation take on the life of Hollywood icon Joan Crawford, has a biopic met with which poor reviews (with the obvious exception of Lindsay Lohan's disastrous TV spell as Elizabeth Taylor.) Luckily, the similarities end there. A lot of the blame for the camp car-crash that was Mommie Dearest rested on the director or, depending on who you believed, on the performance of the leading lady, Faye Dunaway (below, as Crawford.) There seems to be a consensus that Watts is wasted by giving a fantastic performance in a script so sweet it runs the risk of inducing diabetes in the viewer. Apparently terrified of portraying a character negatively so soon after her death, the script presents the luminous Princess Diana as practically saint-like and none of her more interesting quirks, and occasional acts of manipulative genius, make it onto the screen. 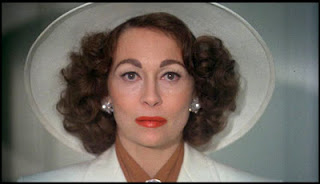 If that was the movie-makers' concern, then their rose-tinted take on Princess Diana seems to have been in vain. Because a deluge of criticism has poured forth from those who accuse the movie of tasteless exploitation in dramatising the last years of a woman who died less than twenty years ago. Ironically enough, some of the most vociferous critics are tweed-wearing royalists, who are waxing apoplectic about how Princess Diana's two sons will react to this movie. (Although how they would actually know what's going on inside the head of the two princes anymore than Oliver Hirschbiegel does is anybody's guess.) Similar fury erupted over 2011's Oscar-winning take on the career of Margaret Thatcher, in a performance so good it secured an Oscar for Meryl Streep; Margaret Thatcher was still alive when The Iron Lady was released and suggestions that showing her struggle with dementia were crass and cruel therefore carried (a little) more weight. However, at least one of Lady Thatcher's former cabinet colleagues had the grace to admit that the movie was so good and so moving that it could be "defended as a work of art."

The criticism of Diana therefore seems to be largely contradictory. On the one hand, it's been excoriated for being so sympathetic that it's unconvincing and on the other, that it's tastelessly squeezing money from the tragedy of Princess Diana's death and is thus disrespectful to her memory. On the latter, it's difficult to concede that the critics have much of a point. Public figures like the royal family are inevitably going to feature in numerous movies and productions; no one suggested that it was tasteless for Helena Bonham-Carter to portray Queen Elizabeth the Queen Mother in 2010's The King's Speech, a mere eight years after the real-life Queen Elizabeth's death in 2002. Or that any of the spate of movies and television shows in which Michael Sheen gave his fantastic performances as Prime Minister Tony Blair were vulgar, just because Blair was still very much alive. A movie can of course be fairly criticised when it decides to portray a character in a way that is so disconnected from reality as to become a caricature - one's mind goes to the 2003 TV drama The Reagans, starring James Brolin and Judy Davis, which CBS eventually refused to broadcast because its portrayal of the couple was deemed so vicious that even some of President Reagan's enemies leaped in to defend his memory and his widow's integrity. But, when one moves into the public arena, at some point artists are going to interpret your life and while they can and should be fairly criticised as to how they do it (for instance, Mommie Dearest, The Damned United, Best or The Reagans), it seems a tad unfair to criticise them for doing it at all. 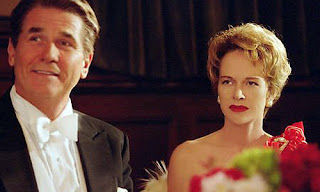 Perhaps the problem with Diana, then, is that it's simply too sweet to be wholesome. Ludicrously sentimentalised interpretations of a subject's life often fail to convince the viewer - 1939's political thriller about the first republican leader of Mexico, Juarez, presented its lead as a being so Christ-like that everyone found the supporting character of Mexico's European-born empress, Carlota, played by Bette Davis, to be the most interesting thing on the screen (below, right); Madonna's W./E., about the love affair between Wallis Simpson and Edward VIII, refused to engage at all with Wallis's dodgy political sympathies, her nastiness, her pettiness or her obsessive greed, while Keira Knightly's excellent turn as an eighteenth-century socialite in The Duchess could have been rendered much more interesting if the real duchess's reckless extravagance, crippling gambling addiction and erratic political views were factored into the equation. (She was firmly sympathetic to the Right in the French Revolution, but the movie chose only to highlight her more crowd-pleasing liberal views in Britain.) 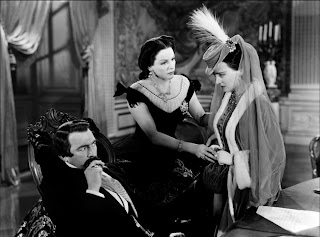 But that's not to say that sweetness is the only potential problem. Often the decision to produce a distorted warts-n-all take on a famous subject's life doesn't so much titillate the viewer as turn them off. Films like The Other Boleyn Girl which presents Anne Boleyn as a sociopathic trollop, Oliver Stone's brutal take on the Bush years in W., Benoit Jacquet's iconoclastic take on the life and sanity of Marie-Antoinette in Farewell My Queen and the cumbersome 1971 movie Nicholas and Alexandra, which, to quote a recent Guardian, ends up presenting an exhausting portrait of "pigheaded royals running full-tilt towards death," all failed to do well, commercially or in most of the reviews. Two and a half hours of watching the life of someone remorselessly unlovable can all-too often end up feeling like time poorly spent for the poor viewer. That's not to say that it's impossible. The original version of the stage musical Evita portrayed its eponymous character as an utterly repulsive individual, devoid of redemptive features and presiding over a corrupt and vicious regime that fleeced the poor to fuel the First Lady's titanic ego. It was, despite this, a huge success. At the other extreme, biographical movies like Michael Collins, The Young Victoria, Erin Brockovich, The King's Speech or Lincoln present their leading characters in an overwhelmingly positive light and all four garnered mostly positive reviews. The 1971 six-part mini-series Elizabeth R, chronicling Elizabeth I's life from a fifteen year-old princess to her death fifty-four years later, portrays Elizabeth (played throughout by the incredible Glenda Jackson) as one of the greatest heroines in British history who, although certainly temperamental, was nearly devoid of any other serious fault. It is, still, one of the greatest historical dramas ever produced. 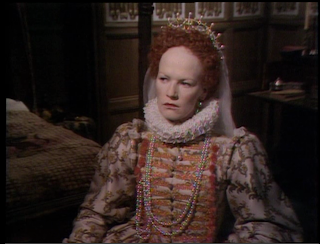 Perhaps the real problem is that everyone approaches the biographical genre as if it's inherently a question of extremes. Either, it will go spectacularly well, like Lincoln or The Iron Lady, or it will prove to be the mother of all flops, like Mommie Dearest or Liz and Dick. Equally, they must either be extremely sympathetic to their subjects, like Diana or W./E., or viciously hostile, like The Other Boleyn Girl or Enid Blyton. But, the real minefield isn't the history or the morality of it all, but rather a question of art. Diana is being raked across the coals because people are pretending to believe that it's allegedly tasteless to approach the life of someone who died so recently. No such sustained criticism was raised when Helen Mirren won the Oscar for her portrayal of Her Majesty the Queen in a movie that covered the fortnight surrounding Princess Diana's death, nor was there such a fallout when Michael Fassbender and Steve McQueen decided to intimately chronicle the march to death of Northern Irish republican Bobby Sands in 2008's Hunger. A few lone voices, yes, but nothing like the charges being leveled against Diana. The difference may be that both The Queen and Hunger were very, very good movies with very, very good scripts. Mommie Dearest, The Other Boleyn Girl or Juarez were bad movies. Their dialogue is silly and the majority of their characterisations unconvincing, at best. In the end, it all comes down to a question of writing. And there's something reassuring in that; in knowing that no movie can afford to coast on its subjects' fame. If you're going to do something, do it right. And I can almost hear Streep's Thatcher saying that as I type.
Posted by Gareth Russell at 17:39 1 comment:

My lovely publishers at MadeGlobal have posted some publicity information about the theatrical adaptation of "The Immaculate Deception," the sequel to "Popular".
Posted by Gareth Russell at 13:49 No comments: