Why I am now Team Leave 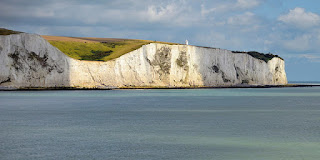 Yesterday, I committed perhaps one of the lowest and most shameful acts of my life as a voting citizen of this country. I signed a petition asking Parliament to hold a second referendum on Britain's proposed withdrawal from the European Union. Unless you have been living in a Trappist monastery for the last week, you will know that Britain voted, by a hair's breadth, to withdraw from the European Union, prompting many - myself included - to act as if we had just endured the British equivalent of signing the Treaty of Versailles.

I still stand by the basic premise of that petition. Namely, that the margin was too narrow to comfortably justify the country undertaking such an enormous change in its constitutional position and that either voter turn-out, or the margin of victory, needed to have been greater. Of course, had we had a Prime Minister worthy of the name, those margins would have been established well in advance. But they weren't. Mr Cameron threw this ridiculous referendum out as a promise to buy himself some breathing space from the ever-tenacious Right-flank of his own party. He then provided leadership that could generously be described as uninspiring, while Jeremy Corbyn proved he's not fit to run a bath, let alone the Opposition, by proceeding to mumble a few words in support of Europe half-way through the campaign, by which point the issue and the election had long since outflanked him. Corbyn was a shuffling, unhelpful irrelevance throughout this campaign, while Cameron exhibited the same bland charisma of an artificial potted flower. This country deserved far better from the most prominent of the Remain leaders and it certainly deserved infinitely better from the kaleidoscope of hateful misinformation that formed the majority of the Leave platform.

However, what did I reasonably expect the Government to do with that petition? Did I really expect the Prime Minister to pop over to Buckingham Palace and ask the Queen to sign the orders implementing another referendum, because, "Sorry Your Majesty, it seems that the last time round quite a few people who wanted to Remain couldn't actually be bothered to vote, so we'd really like to give them the opportunity again?" Cue the distant sounds of Samuel Holberry and Emmeline Pankhurst rolling over in their graves.

I understand why many people have signed that petition and if Parliament calls another election, I'll participate. However, can we really say that there is any serious democratic justification for holding a second referendum just because we didn't like the result the first time round? The margin was so tight that I understand truly why so many people believe that this case is the exception that proves the rule. The more I think about it, however, I am not one of those people. I signed the petition asking for a do-over in a mood of fear and panic, when, personally, I disagreed with its most basic principle. For that, I am ashamed, though I hold no animus to any of the half a million other citizens of this country who chose, in good conscience, to sign it.

Meanwhile, on social media, the tidal wave of grief and fury crashes unabated, mourning the loss of an institution which almost no-one in Britain has ever loved or even liked. The European Union only became popular in this country when it was about to vanish. The pseudo-apocalyptic ramblings proliferate. We are told that this decision will mean the end of the United Kingdom itself  - an institution that has, to date, survived the Blitz and six years of fighting Hitler, as well as losing the largest empire in human history. But apparently, it's going to be taken down by the Brexit. Smug, repugnant, condescending, vile comments were being made about those who voted Leave, implying that they were all stooges of Nigel Farage; uneducated, beer-swilling yokels, too stupid and too racist to know any better. Maybe some of them were, but don't position one's self as the champion of liberal freedom and then proceed to belittle the people as cretinous oafs when the majority disagree with you.

A wise point was made by one of my most gifted and observant friends, who is intensely Left-wing, when she posed the question - what are we crying over? She, like me, was "a remainer", but the EU has many grotesque flaws. Along with all the undeniable good that it does, the European Union is also bloated, unaccountable, hideously corrupt and it made little (to-no) effort to woo Britain's "undecideds" in the weeks preceding the election. Brussels did not give much of a sign that they really wanted Britain to say, with Juncker seeming like his speeches were secretly being paid for by UKIP.

We have not been kicked out of Eden. Nor are countries in Europe or the wider world going to strike off their noses to spite their faces. They're not going to refuse to trade with us on principle if it means harming their own markets. Britain is still one of the largest and most successful economies in the world, as much as we may like to complain about it. The world is still turning and foreign countries, including our friends in Germany, are insisting there will be no retaliation against us, and trade agreements are being renewed. Was leaving still the wrong decision? Well, my gut is still telling me that, right now, yes, it was the wrong decision. However, I also believe that the unhinged hysteria of those who think it means the end of Britain is as inaccurate as it is unhelpful.

I am now Team Leave,  by default, because we ought to keep calm and carry on. Whether you are Left or Right, there were lessons to be learned from this campaign and from its result. It's time I stopped whingeing about it and got on with the job of doing my best to better the country we all live in. It's not dying; it's not moribund; it's not comatose. And if we had ever lived in countries that were, we wouldn't be so derogatory about our own. The people have spoken. This is democracy. Even if you hate the result. In fact, especially when you hate the result. Maybe there will be a second referendum, but I severely doubt that now and, based on my own principles, I should never have signed the petition asking for one. We can either try to make the best of this situation and use it to change some of the things we didn't like - after all, we weren't exactly falling over ourselves with praise for other things were going when we were part of the EU. We either soldier on or lie down and tap out. There are two simple choices in front of us now: Team Leave or Team Fail.
Posted by Gareth Russell at 14:06 3 comments: