Katherine of Aragon in the Movies

"Henry VIII had six wives. Catherine of Aragon was the first: but her story is of no particular interest - she was a respectable woman. So Henry divorced her."
- Introduction to the movie The Private Life of Henry VIII (1933) 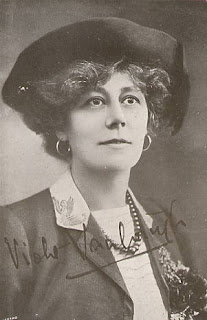 British stage actress, Violet Vanbrugh, who played Queen Katherine in the silent movie Henry VIII (1911), based on the play by William Shakespeare. 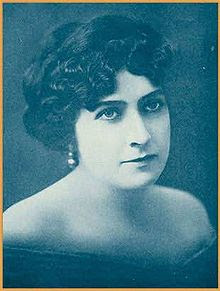 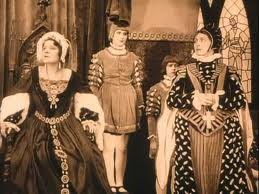 Seen sitting on the left is Hedwig Pauly Winterstein as Katherine in the German silent movie epic Anna Boleyn (1920.) 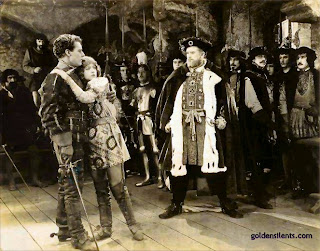 A scene from the movie When Knighthood was in Flower (1922), based on the best-selling novel by Charles Major. Queen Katherine was a minor character in this story of her sister-in-law's love affair with Charles Brandon and she was played by theatre actress, Theresa Maxwell Conover. 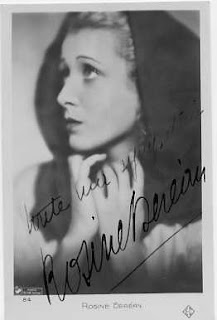 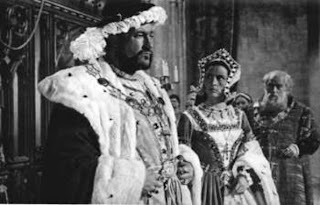 Rosalie Crutchley appears as Katherine of Aragon, next to James Robertson Justice as King Henry VIII, in The Sword and the Rose (1953), the second cinema adaptation of Charles Major's novel When Knighthood was in Flower. Crutchley would later go onto play Katharine Parr, King Henry's final wife, in the television series The Six Wives of Henry VIII and its sequel, Elizabeth R. 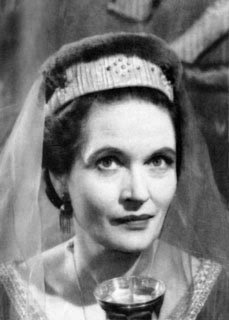 Actress Margaretta Scott played Katherine in a one-off British television drama, The White Falcon (1956), based on the life of her successor, Anne Boleyn. 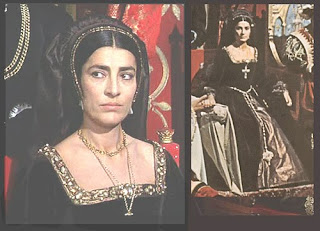 "I'm bored, Wolsey. Bored with the Court... bored with my Spanish cow."
Greek actress, Irene Papas, gave a memorable performance as Queen Katherine in the Oscar-winning biopic Anne of the Thousand Days (1969.) 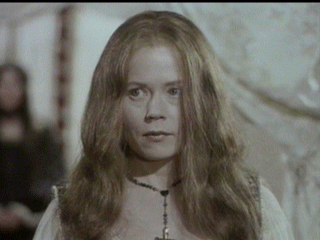 "Bring your hundred learned men! I can bring a thousand learned men from all over Europe to prove that I am you wife, I always have been your wife and I always will be!"
Scottish television and stage actress, Annette Crosbie, played Katherine from the age of sixteen until her death aged fifty in 1536. Like Frances Cuka's performance two years later in Henry VIII and his Six Wives (below), Crosbie was one of the few actresses to have the real Katherine's colouring - pale with fair or ginger hair. Annette Crosbie gave this performance as Katherine in the first episode of the BBC's award-winning series, The Six Wives of Henry VIII (1970.) 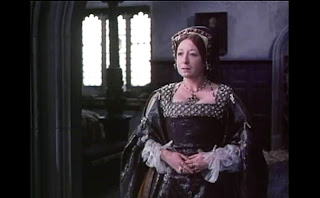 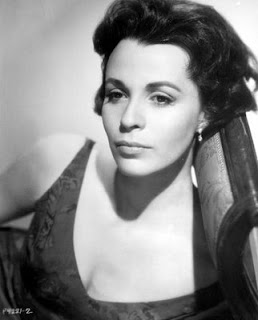 The great Shakespearean actress, Claire Bloom, played Queen Katherine in the television adaptation of William Shakespeare's The Famous History of the Life of King Henry the Eighth (1979.) She reprised the role on an American production of the same in 1999. 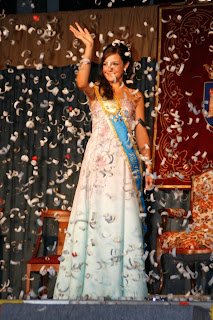 Spanish beauty queen, Nerea Garcia, seen here today, made a brief appearance as a child as the infant Katherine of Aragon in the Spanish-language biopic, Juana la loca (2001), based on the tragic life of Katherine's elder sister, Queen Juana. 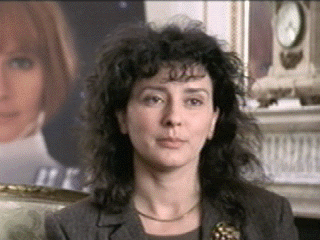 Yolanda Vazquez appeared as Katherine of Aragon in the BBC's adaptation of Philippa Gregory's novel The Other Boleyn Girl (2003.) 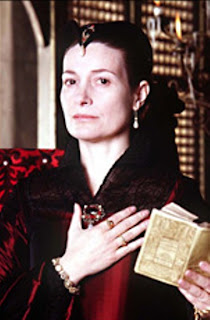 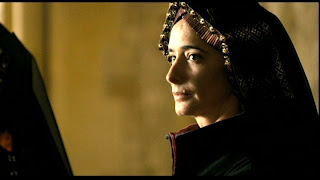 "What offends His Majesty offends me."

Ana Torrent, another native of Spain, played Queen Katherine as a self-righteous bully in the Hollywood dramatisation of The Other Boleyn Girl (2008.) 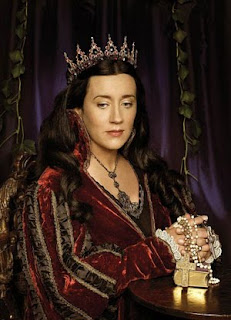 "You sent me away before, though I loved you."
Irish actress, Maria Doyle Kennedy, played Queen Katherine in seventeen episodes of the Showtime series, The Tudors, in 2007 and 2008. Maria was nominated for both a Gemini and an Irish Film and Television Award for her sympathetic portrayal of the Queen. She reprised her role for the 2010 finale, appearing as Queen Katherine's ghost, opposite Jonathan Rhys Meyer as her ailing husband and Sarah Bolger as her daughter, Mary Tudor. The scene can be watched here.