A History of Modern Ireland: The coming of the Penal Laws 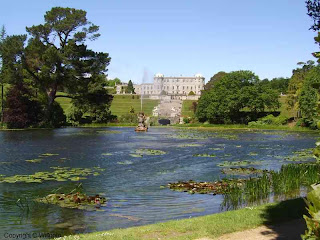 The history of Ireland is a complex and controversial subject. The relationship between the past and prejudice is symbiotic. The fury, passion and venom that it is still capable of provoking in people - many of whom have never set foot in Ireland - is a testament to the enduring power of the island's story. This post and those that follow it serve no political agenda; they are simply a result of my historical curiosity in Ireland's political history from the 1600s until the present day. This is not an attempt to justify or demonise what happened in Irish history. It is simply an attempt to present the story of Irish politics - from the birth of the "Ascendancy parliament" in the 1690s -  until Partition, as fairly and rationally as I can. Some of the phrases used have been simplified so that those unfamiliar with Irish history might be able to follow it. Any offensive republican or unionist comments left - particularly any implying that a particular group does not "belong" in Ireland - will not be approved for publication. Discussion is encouraged; manners are demanded.
* 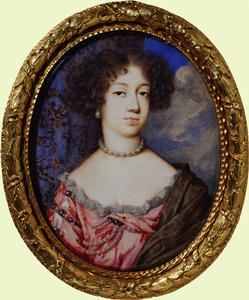 The events which were to define Ireland in the eighteenth century actually began in England in the seventeenth century, with a crisis inside the Royal Family. In 1660, Charles II became king and throughout the twenty-five years he sat on the throne, more and more people became concerned about his Portuguese wife’s failure to have any children (right). The next in line to the throne was Charles’s younger brother, Prince James, Duke of York. James - a tall, blond and handsome war hero - had once been very popular, before he took the decision to convert to Catholicism in 1669. James’s first wife had been a Protestant and the couple had two daughters together, Mary and Anne, who were born before their father became a Catholic; they remained Protestant. After their mother’s death, James re-married to Princess Maria-Beatrice of Modena, an exceptionally beautiful Italian princess, who was also a Catholic. James became King James II in 1685 and there were many people who were extremely unhappy at the idea of a Catholic king. However, Queen Maria-Beatrice still had no children and the general consensus was that James II should be allowed to stay on the throne until he died, when the throne would pass to his eldest daughter from his first marriage, Mary, a Protestant who had recently married her cousin, Prince William of Orange, one of the most powerful Protestant princes in Europe.

Then, in 1688, the Queen gave birth to a healthy baby boy and Protestant politicians began to fear that this would mean a line of Catholic kings stretching far into the future. Determined to bring down James II and prevent his son from inheriting the throne, Protestant members of the royal family, parliament and the army began to spread a false rumour that the new baby prince was not in fact the king’s son. They claimed that Maria-Beatrice had really given birth to a dead child; the dead child had been smuggled out of the palace by her Catholic advisers and then one of her priests had brought in a healthy male child who was passed off as her son. This vile scandal, known as “the Warming Pan Scandal,” resulted in a series of riots and unrest. Terrified, Queen Maria-Beatrice fled under the cover of night to nearby France, taking her baby with her. King James, too, was forced to flee, when William of Orange invaded with an army. In 1689, Parliament declared that James II was no longer legally king and that William of Orange was now King William III. He would share the throne with his wife, Queen Mary II. It was the only time in British history, so far, the monarchy operated under something called “shared sovereignty.”
Read more »
Posted by Gareth Russell at 21:12 5 comments: 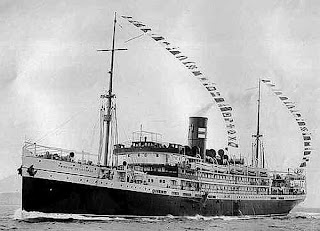 With Spain officially neutral and King Alfonso's government acting alongside Sweden and Switzerland as a diplomatic conduit for many official negotiations between the warring powers, commercial life continued much as before in the Iberian kingdom. In 1916, the Príncipe de Asturias was re-assigned to operate the route between Barcelona and Buenos Aires. On a return visit in March 1916, the ship was sailing off the coast of Brazil in a dense fog, when she ran aground of a partially submerged sandback near the city of São Sebastião. The captain attempted to turn the ship towards the nearby port of Santos, but the damage sustained was too extensive. Tragically, the Príncipe de Asturias sank shortly before sunrise on 5th March, 1916, with the loss of 445 lives.