Portrait of an Ageing Elizabeth I


As part of the promotions for my new book An Illustrated Introduction to the Tudors, On the Tudor Trail very kindly hosted an article I wrote about a portrait that shows Elizabeth I in her twilight years. You can read the full article here and I hope you enjoy it.
Posted by Gareth Russell at 12:57 2 comments:

Labels: An Illustrated Introduction to the Tudors, Art

"Manages to bring history alive in an entertaining way. The entertainment, however, is never at the cost of history." There have been two reviews of An Illustrated Introduction to the Tudors - from Stephanie A. Mann, author of Supremacy and Survival: How English Catholics Endured the Reformation, and from Claire Ridgway, author of The Fall of Anne Boleyn: A Countdown and creator of The Anne Boleyn Files website.

Thank you to both for taking the time to read and review the book, which is available now.
Posted by Gareth Russell at 18:28 2 comments:

Royal inbreeding: how reliable is one of history's most popular stories?

Portraits of the slack-jawed and bug-eyed Hapsburgs, hair fair and stare glazed, are a staple part of any discussions on one of the most familiar accusations hurled at the European royal houses: namely, that they were habitually inbred. By the time pretty Marie-Antoinette was born into the family in 1755, along with her bevy of attractive sisters, something had evidently worked itself out, to say nothing of the statuesque handsome poise of a young Franz Josef in the next century. However, the charge that the entire aristocratic and royal houses of Europe were essentially mad, bad and dangerous to know because they only married their cousins is repeated so often that it is taken to be veritable fact. Reviews of the wildly inaccurate historical romp Anonymous suggested that the unhinged behaviour of an ageing Elizabeth I (Vanessa Redgrave) must have been caused in part being the offspring of too much royal inbreeding (Elizabeth I's parents, Henry VIII and Anne Boleyn, were by no means closely related, but that's apparently by the by.)

However, I argue in my book The Emperors that the story of royalty being in-bred is in fact hugely exaggerated and I began by looking at the story of the most famous of its casualties, the Spanish side of the Hapsburg clan, in a chapter called The Dual Monarchy, giving an overview of the Austrian monarchy.

The Spanish branch of the Hapsburg clan had died out in 1700 after generations of inbreeding. This was never as much of a problem with their less insular Austrian cousins, and it is almost entirely to the Spanish side of the family that we owe the popular stereotype of royalty as habitual inbreds. That point has been both overstated and misunderstood. It is worth noting that in the medieval and early modern period what we would now recognise as inbreeding or incest was not uncommon. In an age when very few people left the village, town or county where they had grown up, inbreeding across the course of several generations was inevitable, regardless of one's social class. Royalty could no more marry outside the sacred confines of their class than most of their subjects could marry outside the limits of their locality.

So, it did occur, but no more or less than within the vast majority of the early modern populations. As attitudes changed and our horizons expanded, royalty moved towards marrying people to whom they were related as faintly as anyone marrying today, in much the same way as nearly everyone in the British Isles with Anglo-Saxon ancestry is likely to be, in some faint way, a descendant of the medieval king Edward III with his numerous children. The marriages to Elizabeth Bowes-Lyon, Diana Spencer and Catherine Middleton were part of a trend set by many factors in history, including changing attitudes to class, love and geography.

My new book and a year of life with Catherine Howard 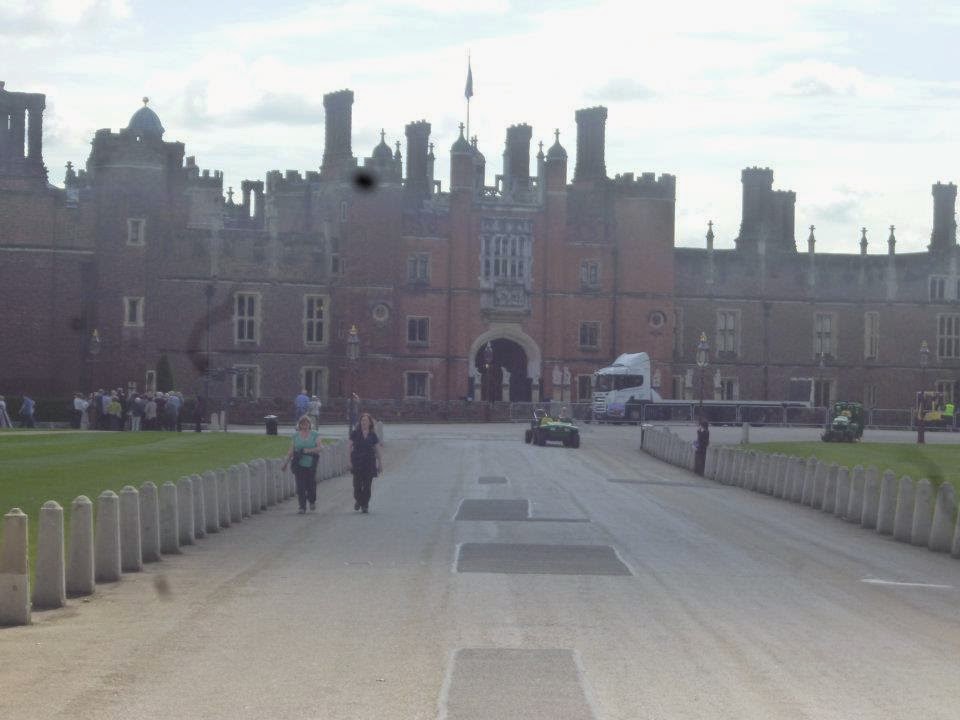 I am absolutely delighted to be say that my biography of Catherine Howard, Young and Damned and Fair: The Life and Tragedy of Catherine Howard at the court of King Henry VIII, will be published in the US and Canada by Simon & Schuster and by HarperCollins in the UK and rest of the Commonwealth.

I first wrote about Catherine's household as part of my postgraduate research at Queen's University, Belfast, in 2011 and it has been wonderful to return to her.

Over the next year, as I work on the manuscript, I'd like to share some of that experience with you by posting a few photographs of the places I'm travelling to and the research I'm carrying out! In the meantime, you can visit my Facebook page or follow me on Instagram and Twitter. Next week, I'll be in Oxford in the warmth of its wonderful archives and libraries that I am elated to return to.

I'm very excited for this project.