Review: "Inside the Tudor Court" by Lauren Mackay 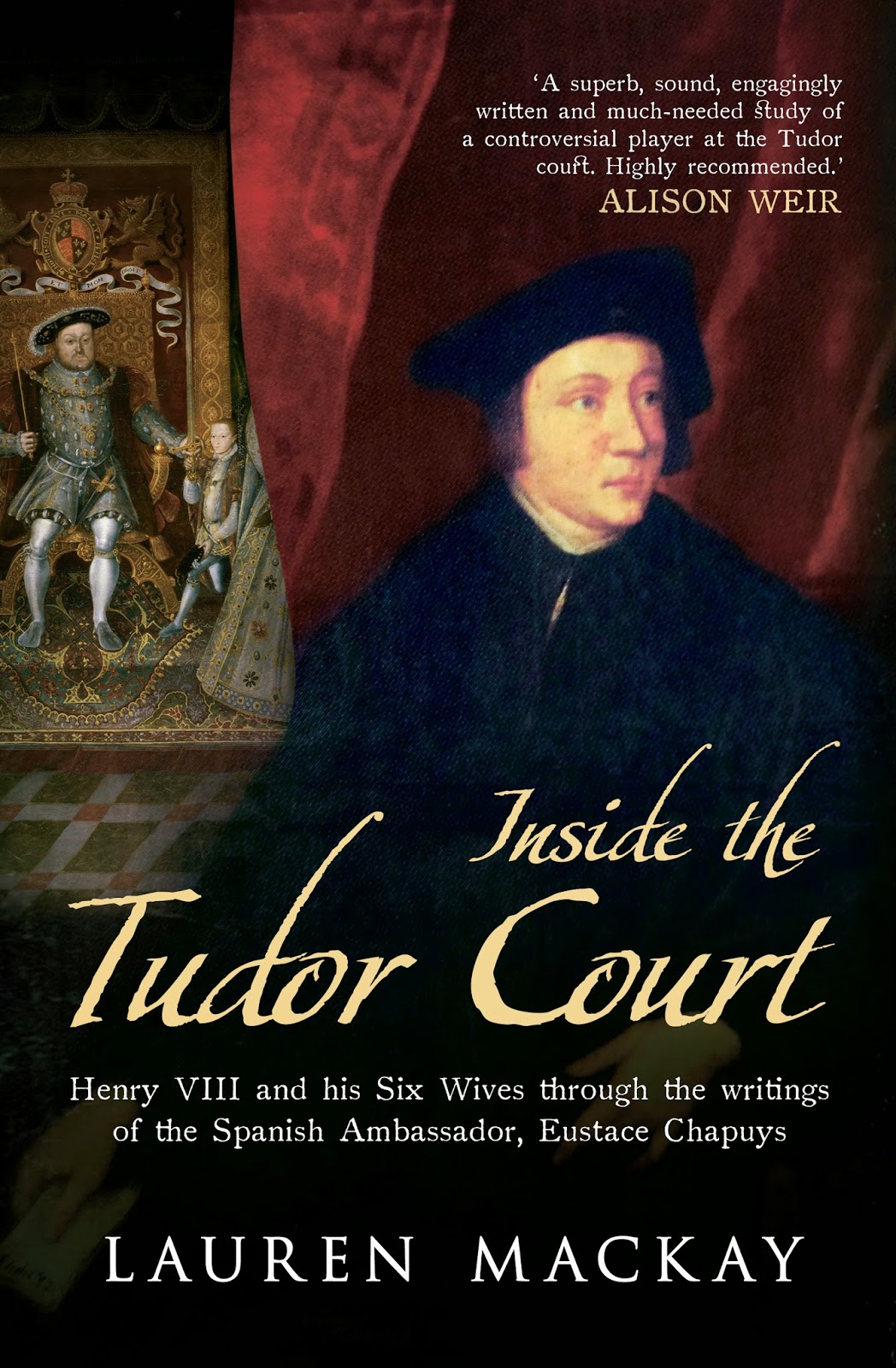 I once came across a comment on-line from Lauren Mackay fairly highlighting the difference between a blogger and an historian, and rather self-deprecatingly pointing out that having achieved her masters she did not yet consider herself an historian. It is therefore something of a relief that she has since used the work undertaken for her MA to pen this wonderful biography of Eustace Chapuys, the Hapsburgs' ambassador to England for most of the last two decades of Henry VIII's reign.

In much the same way as Chapuys' negative appraisal of Anne Boleyn helped shape her historiography for so many years, the academic swing in her favour following Eric Ives's 1986 biography saw Chapuys cast in the light of a malign intriguer who got more wrong than right when it came to Boleyn - and, by an extension of logic, everyone around her. Mackay sets out to rescue her subject from this two-dimensional view and she does so with great success. If Anne Boleyn was much more than suggested by Chapuys, he too is worth a lot more than the Anne Boleyn matter. The biography brims with the author's passion for her subject, beginning with a charming and vivid account of his home town in Annecy, where he is still commemorated in street names and local architecture. Mackay does well too where the sources are silent by sketching the broad outlines of his life before he was sent to England in 1529, freely admitting that there is much we do not know about Chapuys's life but credibly suggesting various possibilities based on what we do know. It's what all Tudor historians have to do from time to time, it's full of pitfalls and Mackay does better than most in weaving her way through it. Once Chapuys gets to England, where his legal training was intended to help the beleagured Katherine of Aragon, Mackay is able to make use of the mountains of letters that her subject wrote to the Emperor and the picture becomes clearer still.

Mackay's strengths are not just her zeal for the thin and rather elegant man she's writing about, but also her ability to analyse his thoughts and to make full use of his lengthy and colourful correspondence. She is right when she points out that without Chapuys's letters Tudor history, as we know it, would not exist. There were a few times when I did not agree with her conclusions and I thought there were one or two moments when she was slightly too prepared to take Chapuys at face value. However on moments when I, or any reader, might disagree with Mackay's conclusions on certain minor points they are still well-argued and well-written enough to be taken seriously and respected. There are no unreasonable assessments in Inside the Tudor Court and she presents the information clearly enough that she allows her readers to make their own conclusions. She invites them, as it were, to share her enthusiasm for Charles V's servant.

This is a wonderfully useful book that brings to life the colourful and often confusing world of the Henrician court, as seen through the eyes of one of its most gifted if controversial observers. Lauren Mackay deserves considerable praise for setting Chapuys back in his context and reminding us, regardless of whom he quarrelled with or why, what a debt we all owe him. She makes him both an esteemed intellectual but entirely human, she allows him her foibles - I particularly enjoyed the point she makes about his correspondence's relative lack of descriptions of the English court's numerous entertainments: he didn't enjoy them and thought them slightly frivolous, so he told the Emperor he wouldn't bore him with the details. There has long been a need for a biography of this brilliant and complex figure and Lauren Mackay has certainly delivered it.
Posted by Gareth Russell at 02:23 No comments: 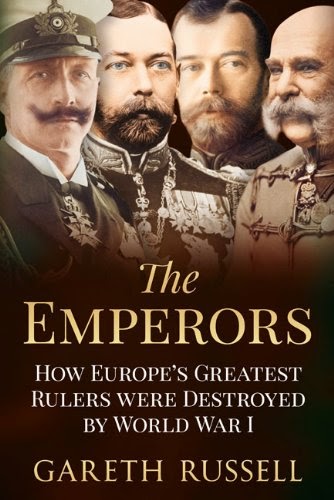 I am feeling very blessed that 2014 is proving to be such a busy and exciting year. After wrapping up The Gate of the Year in Belfast in spring, I am delighted to say that Amberley will be publishing my first non-fiction book, The Emperors, an account of the German, Russian and Austro-Hungarian monarchies during the First World War. The book will be released on 28 August 2014 and followed not longer after by the first volume of my history of the British monarchy, subtitled And the Sword Gleamed, with MadeGlobal Publishing.

More information about The Emperors, which was such a fun and exciting piece to write!

On 28 June 1914, the heir to the Austro-Hungarian throne was assassinated on a visit to Sarajevo by a Serbian nationalist called Gavrilo Princip. The assassination set in motion the events that led to the outbreak of the First World War, one of the bloodiest conflicts in human history and a trauma that would bring down the Austro-Hungarian Empire, ending nearly eight centuries of Hapsburg rule and unleashing unrest across the European continent. By the end of that conflict, not only had the Austro-Hungarian Empire crumbled but the other two imperial rulers of Europe, Kaiser Wilhelm II of Germany and Tsar Nicholas II of Russia, had lost their grip on power. The three great monarchies of Europe had fallen. Over in Britain, the first cousin of both the Kaiser and the Tsar, George V, successfully retained the crown.

In this new book, Gareth Russell tells the story of the Austrian, German and Russian imperial families during the four years of the First World War and the political and personal struggles that brought about their ruin.

The Emperors has already been listed on Amazon UK and Amazon US.
Posted by Gareth Russell at 15:33 5 comments: