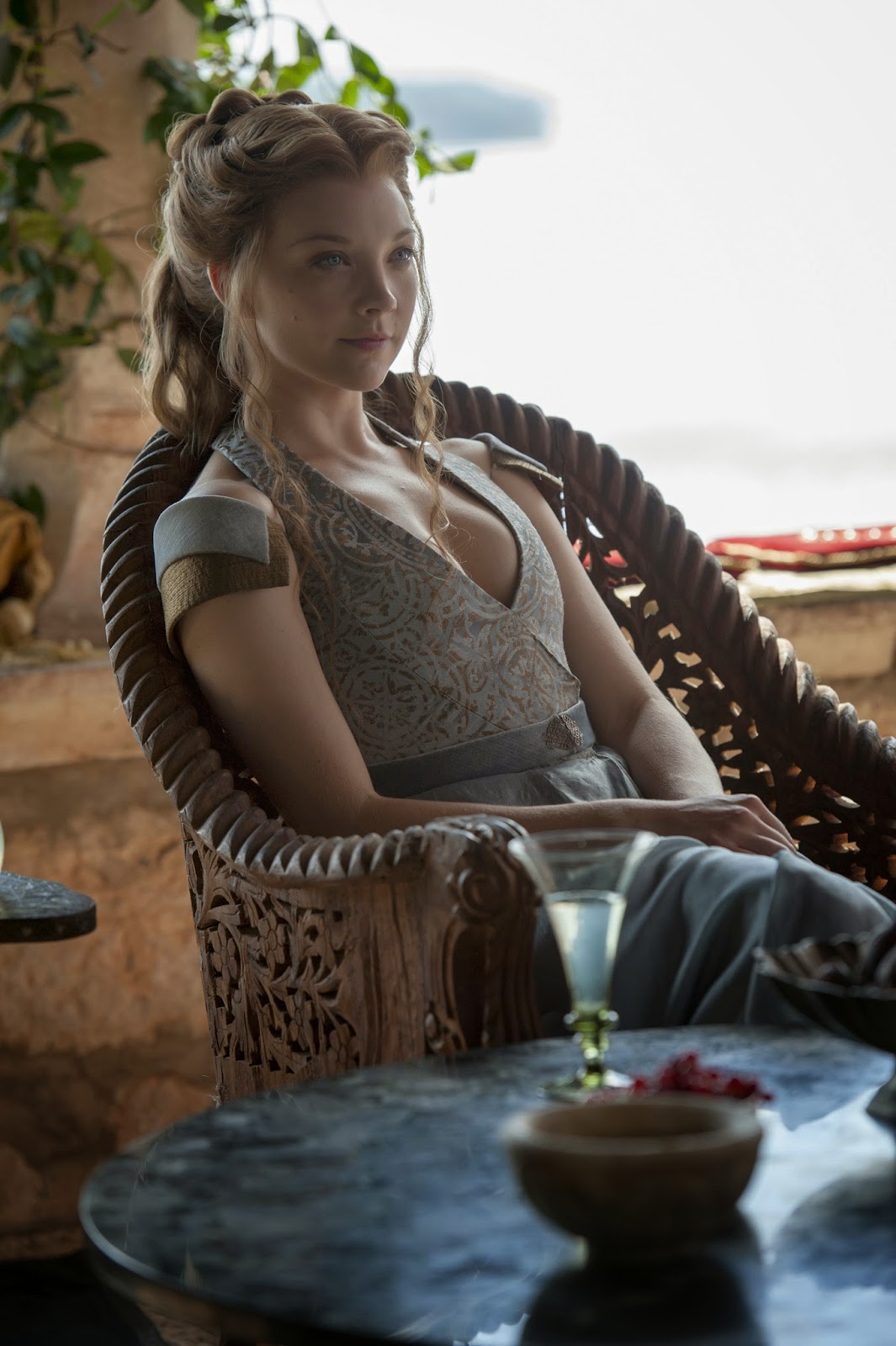 Congratulations to Eliza Nastou, who was the winner of our George Boleyn competition. She has won a signed copy of Claire Ridgway and Clare Cherry's new book George Boleyn: Tudor Poet, Courtier and Diplomat by correctly answering the question that actress Natalie Dormer, who played George Boleyn's sister Anne in The Tudors, is currently playing Margaery Tyrell in HBO's Game of Thrones.

Posted by Gareth Russell at 15:17 No comments:

The death of George Boleyn: A guest post and blog tour 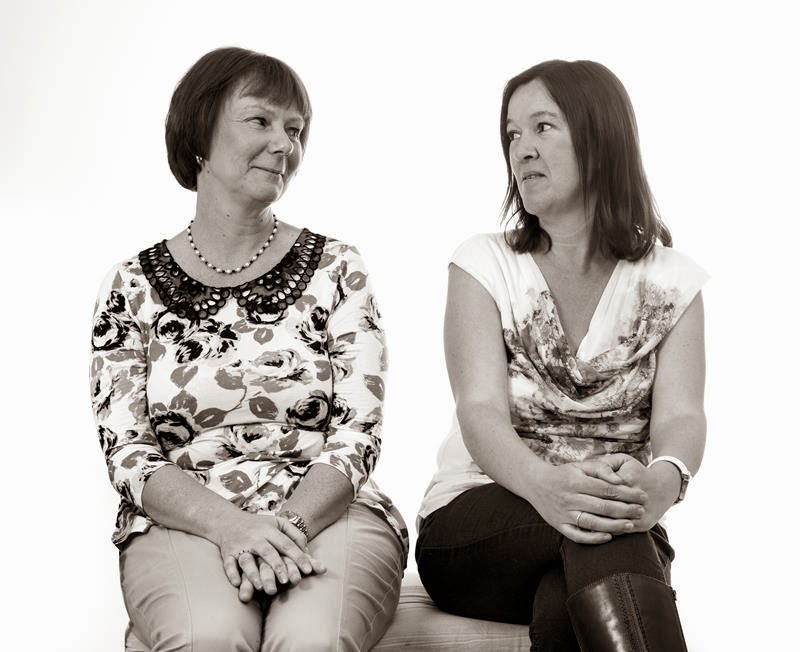 It's been quite the start to summer for fans of Tudor biographies, with studies on the lives of those usually defined by their relationship to the royal family's star players appearing to flesh out our knowledge of Henry VIII's dazzling but terrifying court. First, Lauren Mackey's biography of Eustace Chapuys, the prolific diplomat whose correspondence all historians owe a debt to, and secondly Clare Cherry and Claire Ridgway's biography George Boleyn: Tudor Poet, Courtier and Diplomat, which seeks to give a fairer understanding of Anne Boleyn's notorious brother, who perished in May 1536 on a fabricated charge of commiting incest with his sister the queen. Described by David Starkey as having all of Anne's confidence but only half her talents, George has recently been resurrected in popular culture in many different guises, featuring the novels, plays, television dramas and movies about the Henrician court.

With so much fascination and even more speculation about George Boleyn, Clare Cherry and Claire Ridgway (above) have teamed up to produce a biography of him, which I'm reading at the moment and which I can certainly recommend. To win your own signed copy of the book, read on to the end of this extract from George Boleyn, an account of his execution and interest in the Reformation. Thank you to the two Cla(i)res for this excerpt; it's a pleasure to host them as part of their blog tour to promote their new book.

George Boleyn was executed on Tower Hill on 17th May 1536. He had gone from palace to prison to execution within 15 days, and it is a testament to his courage and strength of character that he was able to defend himself so well at his trial and give such an impassioned speech on the scaffold, when lesser men would still have been in shock. He made a long penitent speech, which found admiration with the vast crowd gathered to witness the executions. There are a number of different versions of George’s speech, but they all agree on the basic content. Only Chapuys has George confessing that he deserved death for “having so contaminated and so contaminating others with the new sects”, and praying everyone to abandon such heresies. That is clearly not what he said, and is more a matter of wishful thinking by Chapuys.

After stepping on to the scaffold, George addressed the crowd:

According to two eyewitnesses, he said this three times, almost as if he were collecting his thoughts before continuing. But there was another reason. To say he died “under the law”, rather than admitting his guilt, was the closest he dared go to declaring his innocence. Therefore, he ensured the point was reiterated to the vast crowd of spectators, many of whom knew him personally. He went on to say that he was not there to preach a sermon but to die. He told the vast crowd that he deserved death because he was a wretched sinner who had grievously and often offended. He did not relate his sins, telling the crowd that they would derive no pleasure from hearing them, and that he would derive no pleasure from stating them. He merely said that God knew them all. He warned everyone present to use him as an example, especially his fellow courtiers. He warned them “not to trust in the vanity of the world, and especially in the flatterings of the Court, and the favour and treacheries of Fortune”, which he said raised men up only to “dash them again upon the ground”. He blamed fortune for his current pitiful condition - or rather, he blamed himself, saying he had leaned too heavily on fortune, “who hath proved herself fickle and false unto me”. He said he prayed for the mercy of God, and that he forgave all men. He begged forgiveness of God and of anyone he might have offended. He begged those present to ask anyone not there to forgive him if he had offended them, and he told them that “having lived the life of a sinner, I would fain die a Christian man.”

There has been much speculation in the latter part of the twentieth and the early years of the twenty-first century about what it was to which George Boleyn was referring to when he said he was a wretched sinner who deserved death, but refused to name his sins. The condemned had their families to protect, and no protestations of innocence would have been acceptable to the Crown. Besides, it was the honourable thing to accept that death was deserved. The Christian doctrine was that we are all sinners deserving of death because of original sin. The shame and dishonour George says he dies for is clearly the incest conviction (“with worse shame and dishonour than hath ever been heard of before”), but at no point in the speech does he make an admission of the offence of which he had been found guilty.

Though one of the sins he refers to, but does not mention, is suggested to be sodomy, there is no evidence for this. George Cavendish suggests that George was referring to promiscuity. This may have been partly true, but the behaviour for which he apologises could refer to an amalgamation of supposed sins. Although George did not ask for the King’s forgiveness, he did ask forgiveness of anyone whom he might have offended. Indeed, he went further than this and virtually begged for forgiveness. As a Christian man about to face death, he would have been acutely aware of his flaws and faults. He was proud, and totally lacked humility. He was typically ruthless and self-seeking for a man of the age. He sat at the trial of Thomas More and was present at the appalling executions of the Carthusian monks, despite his protestations of being a “Christian man”. He showed no sympathy or compassion towards Catherine of Aragon or her daughter Mary. We do not know how he treated his wife, but his reputation as a high-living womaniser would support the notion that he was not ideal husband material. He had even turned his back on his sister Mary in her hour of need. When facing death, George Boleyn, a highly intelligent and religious man, would have been painfully aware of these failings. Hence his speech went above and beyond that which was expected of him.

He admitted he had relied too heavily on fortune and trusted too much in the vanity of the world and the flattery of the court. His positions of favour and power had resulted in sycophantic flattery by friends and enemies alike, and he had swallowed it whole. He had waltzed around the court with an air of arrogance in the certainty of his position, and because of his confidence in himself and the respect in which he was held. Yet those same people who had fawned over him were here now, watching him die. It was all false, and only at the very end did he realise this.

In his speech he went on to highlight his religious convictions, as previously quoted in the chapter on religion, before finishing by praying “God save the King”. Knowing the sort of irreverence to which George Boleyn was prone, this last sentence could be read with a great deal of irony; but whatever was happening to him, his upbringing would never have allowed him to think ill of the King. As far as George was concerned, this was his own fault.

Following his speech, he calmly and courageously knelt down, placed his head on the block, and submitted his neck to the axe. His head was removed with a single stroke, and his severed head was held up to the crowd as the executioner intoned the words, “So ends the lives of all the King’s enemies.” George Boleyn had many faults, but treason had never been one of them, and Henry must have known that. None of the men’s heads were put on display on spikes, as was usual with convicted traitors; this would surely have been the case if Henry seriously thought they were guilty, just as Thomas Culpeper’s would be five years later. It was the only small consideration that Henry showed his innocent friends. George’s body and head were taken to the Chapel of St Peter ad Vincula within the Tower, where his sister would join him two days later. The other men were buried in two graves, two men in each, in the chapel graveyard.

It is unlikely, as Chapuys alleges, that Anne was forced to watch the executions of her brother and friends, but she may have seen the men congregated together before they were marched out of the Tower - perhaps allowing her one last look at her beloved brother. One man who did witness the executions was Thomas Wyatt, who was imprisoned in the Tower still and who wrote about them in verse, illustrating the danger of being too close to the throne:

“These bloody days have broken my heart.
My lust, my youth did them depart,
And blind desire of estate.
Who hastes to climb seeks to revert.
Of truth, circa Regna tonat.

The Bell Tower showed me such a sight
That in my head sticks day and night.
There did I learn out of a grate,
For all favour, glory, or might,
That yet, circa Regna tonat.”

In a way this verse reiterates the words of George Boleyn on the scaffold, when he warned his listeners not to trust the vanities of the world and the flattery of the court. His “blind desire of estate” and his “haste to climb” had led him to this end. This was certainly the passage of his speech that was specifically remembered by most of those present, particularly courtiers. On 18 September 1536, John Husee had cause to write to Lady Lisle, “but now I remember my Lord of Rochford’s words, who exhorted every man to beware of the flattering of the court.” There was many a young courtier who heard those words with trepidation.

George’s body and head were taken to the Chapel of St Peter ad Vincula within the Tower, where his sister would join him two days later.


Win a signed copy of George Boleyn: Tudor Poet, Courtier and Diplomat by Clare Cherry and Claire Ridgway by answering this question. Please submit your answers like a comment, complete with your e-mail address; neither will be published. But when we use a generator to randomly select a winner from the entrants, it'll be helpful to have your e-mail address for me to let you know you've won! The e-mail addresses, perhaps needless to say, will not be passed on to any third parties. (Also please leave comments about the article, with any of your own thoughts or queries about George Boleyn, Lord Rochford. It's always a pleasure for authors to hear from people interested in their work!)
QUESTION: George Boleyn's sister Anne was played by English actress Natalie Dormer in the Showtime series "The Tudors". What is the name of the queen she is currently playing in HBO's medieval fantasy "Game of Thrones"?

The competition closes on Thursday 12th June 2014. Thank you.