My interview in THE IRISH TIMES 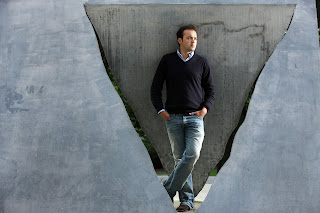 My interview with THE SUNDAY TIMES was published in July 2011. The interview is by Pavel Barter, the photograph by Kelvin Boyes.
"A BOY WHO'S DOWN WITH THE MEAN GIRLS"
Friends trashed his idea for a bitchy teen-fiction novel set in Belfast, but Gareth Russell's savagely witty debut wins out in the popularity stakes, says Pavel Barter.

When Gareth Russell said he wanted to write a novel about wealthy high-school kids in Belfast, everyone told him to wise up. Spoilt debutantes, popping into Victoria Square shopping centre for a spot of retail therapy, getting manicures, wearing Ralph Lauren, and sipping martinis at high-society functions? Not images you associate with Belfast.

The negativity bothered him. "Parents of friends told me that nobody would ever publish a book about being popular or a socialite set in Belfast," he says. "If it's not about the potato famine, the Titanic or the Troubles, no one cares. I thought, 'We'll see.' There is so much more to Belfast than  lot of literature and cinema has shown. It was great to set a comedy here. You can have craic in Belfast that you couldn't in New York, Miami, London or LA."

So Russell ignored the naysayers and the setting proved ideal. Popular, the 24-year-old's debut, is set in the fictional Mount Olivet Grammar School, on Belfast's Malone Park, a real-life private avenue. Sitting in the bar of the Europa hotel, the writer takes a gulp of Evian, and wonders if he should send the city's upwardly mobile princesses a thank-you note for providing his inspiration.

Cliques are commonplace in Northern Irish schools, Russell explains. An Oxford graduate, he is co-directing a stage adaptation for Belfast's Belvoir Players Studio, to be staged in early September. The cast includes Imogen ("the hot one"), Kerry ("she has Daddy's credit card") and queen bee, Meredith ("the one who'll kill you as you sleep"). With their token male pal Cameron, these filthy-rich beauty queens undergo rivalries, tantrums and faux emotional breakdowns. Popularity is considered the key to happiness; weakness is preyed upon. It's a ruthless social hierarchy, similar to prison, only with Marie Antoinette-themed parties and Gucci handbags.

In most high-school movies, prom queens are either villains or a plot device to teach the protagonist the error of her ways. This was the case in Mean Girls, which starred Lindsay Lohan, while in Clueless and The Breakfast Club the rich girls are vain yet good-natured at heart. In Popular, on the other hand, the characters are unrepentantly egotistical and superficial, owing more to reality fares such as The Hills, Perez Hilton blogs and Paris Hilton. 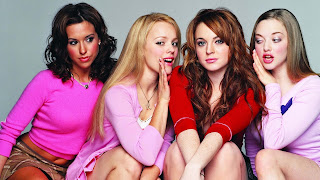 Russell has an affection for his characters, but understands if the reader loathes them. "There are times when I'm talking about the characters and people look at me with horror," he laughs. "Meredith and Imogen have their own fans, which, in a way, is a devastating reflection on [today's] morality."

His characters were created as a reaction to the political correctness that has crept into high-school fiction. "Glee went further down the line of feeling it had to tick every box," he says. "I wanted to write someone like Meredith who could say the things a lot of us secretly wish we could get away with. She's not particularly interested in what boys think of her. Meredith is much more interested in what girls think of her. She is a woman's woman."

Russell was inspired to create such an unapologetically savage character after reading a Julie Burchill article in which the journalist mourned the passing of the classic Hollywood bitch. "One of my favourite books is Gone with the Wind. You're not supposed to like Scarlett O'Hara at all because she's a husband-stealing, gold-digging, social-climbing hound," he says.

What Popular lacks in redeemable characters, it makes up for in humour. The writer excels at capturing the ability of teenagers to coin expressions and venomous put-downs. Case in point: "I hate her hair... It looks like someone stuck pubic hair on top of a potato." Popular's characters are routinely cruel, but the writer insists there is a difference between bitchiness and being a bully. It's also one of the few Irish teen novels to deal with gay themes, in the form of Cameron's awakening homosexuality.

Some of the incidences in Popular are gleaned from Russell's own experiences as a student in Downpatrick, but the story is not entirely autobiographical. It's as much influence by his history studies at Oxford University and his interest in Tudor history; Anne Boleyn, the second wife of Henry VIII, in particular. "There is a steel-butterfly element to her personality that I warm to," says Russell "In a strange way, she influenced Popular [by being] a good example of you can be bitchy without being evil. I liked the pageantry [of the Tudors] and their self-awareness. They knew everyone was watching them. They believed God was watching them. I found that an interesting idea: how would you live if you thought you were being watched all the time? It's Big Brother, with a change of purgatory at the end. It was a cauldron of big personalities and a society that valued outward appearance more than anything else."

At Oxford, Russell directed and wrote plays, including The Audacity of Ideas, set on the eve of the French Revolution. This experience spurred him to pen Popular after he graduated in 2008. The author received 17 rejection letters from agents before he hit gold. Penguin signed him for two books, and he hopes to write a third.

Russell plans to write a biography of Boleyn in a few years' time. "There is a popular version of her as the femme fatale, and a more recent academic trend to see her as incredibly political, like a 16th-century Margaret Thatcher. I don't think that's something she would have recognised. I'm trying to focus more on her position as a daughter of the aristocracy who had been trained to be pleasing, quick-witted, elegant, charming, but I don't think she was a social climber or a rabid politico."

There is a tactical decision to writing Popular now. The memories are fresh and a few years from now his insights may no longer be relevant. The unrepentant narcissism of these characters still feels like a stumbling block, however. Is there any merit in this lifestyle for teenagers? "It's totally vacuous," he admits. And is popularity really all that important? "No." He takes another sip of water. "In the grand scheme of things, the core clique in Popular are not going to damage your health. They're not promoting drugs or rampant sex [but] the scars they might leave on your confidence are another thing."

Bret Easton Ellis wrote his first book, Less Than Zero, about a similarly spoilt and cloistered gang. It became a grim tale of prostitution, drug addiction and snuff movies. Russell wants to keep a comedic tone - this is fiction for young adults - but plans on visiting darker places in the sequel. "Yes, there's the vacuousness, fabulousness and frivolity, but you have to acknowledge that schemes, rules and intrigues will eventually take their toll on the people doing them," he says.

"Nobody can control gossip. It's a liberated demon. There's no way that you can write a high-school book and not show that sometimes it can turn into the most awful experience imaginable."