Is the Palace finally getting sassy with the Press? 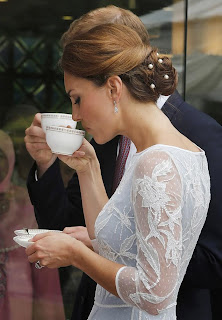 It's been a long time since we saw a case of the famous cerca regna tonat that Thomas Wyatt captured with his poetry in the dark days of 1536. But today, for the first time in a long time, the Palace thundered. Saint James's Palace came out all guns blazing about the media's grotesque invasion of the Duchess of Cambridge's privacy, when a trashy French magazine Closer published illicitly-acquired photographs of the princess sunbathing topless whilst on a private holiday with her husband in Provence. The Palace is now taking legal action and the media conglomerate who own the Irish Daily Star, which also published the pictures, have hinted that they will withdraw all their funding from the newspaper - possibly forcing it to go out of circulation. At long last, it seems, hunting season on the House of Windsor is over.

But the question might justifiably be asked - why has it taken the Court so long to fight back against the media's often appalling treatment of the Royal Family? Forget all the ridiculous conspiracy theories about what happened in 1997, the true tragedy of what happened to Princess Diana was that she was chased to her death because the paparazzi wanted a photograph of her with her new boyfriend. The Duchess of York, the Duchess of Cornwall and the Prince of Wales have all found themselves victims of over-intrusive press attention and some of the things said, implied, published or revealed about them were achieved in such patently illegal or prurient ways that any other celebrity or public figure would have responded with a law suit. And yet, for over a century, the royals have done nothing - resulting in the old joke that you can say anything you like about the Royal Family because they're the one set of people who won't sue. 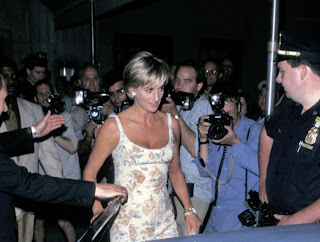 When she was first confronted with evidence of the libelles, the precursors to both pornography magazines and the lower-end tabloids, Marie-Antoinette simply refused to take them seriously. As far as she was concerned, they were nothing but trash written by trash; she failed to realise, until it was too late, the awful damage that these lies had done. That sublime royal self-confidence, and the refusal to acknowledge tawdry and seedy reality, has flowed inexorably from the mirrored halls of Versailles right the way down to the current incumbents of Buckingham Palace. To acknowledge something gives it credibility; therefore the best thing to do is to ignore it. The problem is, though, that it won't go away just because you want it to and, as Marie-Antoinette learned in 1789, when mud is flung, it usually leaves a stain - however undeserved. Whilst you can certainly over-egg the comparisons between Marie-Antoinette and Princess Diana, it's hard not to conclude that one thing they had in common was that they were both harried to their premature deaths by bad publicity.

The House of Windsor's relationship with the press has never been very good and its strategy for handling its seedier elements has usually been as staggeringly incompetent as poor Marie-Antoinette's was. Royal distrust began in the late nineteenth century, when the aged Queen Victoria came under a barrage of criticism for her refusal to participate more in public life following the death of her husband, Prince Albert. Things took an even bigger nose-dive during the First World, in which a press frenzy endlessly harassed the royals about their German relatives, coerced the King into changing the royals' surname to the English-sounding "Windsor," cast aspersions on the King and Queen's loyalty to the war effort, endlessly criticised the Court  for being too uninspiring and helped panic the King into believing that he could not offer political asylum to his Tsarist relatives in the aftermath of the Russian Revolution - a decision which led to the Romanovs being trapped in Russia, where they were all horribly murdered by Communists in an extra-judicial massacre one year later. When Lady Elizabeth Bowes-Lyon (better known to our generation as the late Queen Elizabeth the Queen Mother) married into the Royal Family in 1923, she pleasantly gave an interview to an enterprising journalist who turned up on the doorstep of her family's London townhouse. The interview was essentially a fluff-piece, which complimented the soon-to-be-princess on her charm, grace and vivacity, but the King was not pleased on principle. He advised Elizabeth never, ever to talk to the press. No good could come of it. She obediently stuck to his advice for the next seventy-nine years of her public career and died as one of the most popular members of the Royal Family in history.

Speculation on Prince Philip's marital fidelity, lurid details of Prince Charles's romantic conversations with Camilla, photographs of the former Duchess of York caught in an indelicate pose with her "financial adviser," unsubstantiated and near-impossible aspersions cast on the paternity of Prince Harry, secret filming of the Countess of Wessex, the recent naked pictures of Prince Harry from a private hotel room in Las Vegas and the bugging of various royal servants, friends and confidantes, have understandably done nothing to assuage the Windsors' fundamental distrust of their country's media. Now, however, the tide seems to have turned - not just within the Palace, but with the wider population, too. There seems to be a general feeling that the tabloids' attitude to the Royal Family is dishonest and mercenary. The only real backlash when the naked photographs of Prince Harry were published earlier this month was against The Sun newspaper that published them. The public's sympathy for Harry, however, has been as nothing compared to the levels of anger being expressed at this week's topless photographs of the Duchess of Cambridge. The fact that British publications are not planning to show the pictures indicates that they know what the likely reaction would be.

On the one hand, this is a perfectly natural moral reaction to a young newlywed's embarrassment at being photographed whilst sunbathing topless, as millions of people do, with her husband. She was not posing, she was not on duty, there was no permission granted and her mortification can be imagined. There's also the fact that Catherine is very popular and people will naturally side with her, because they like her and she seems to be doing a good job. There was no such groundswell of support for the Duchess of York back in 1992. Quite the opposite, in fact. The Palace, like the People, may also have learned a hard lesson from what happened to Princess Diana. At some point, unwarranted intrusions into the Royal Family's day-to-day private lives has to stop, lest it claim another casualty.

But I can't help thinking that part of the reason for the Palace's new-found set of metaphorical cojones may be the Duchess herself. Like the late Queen Mother, who granted one press interview in 1923 and didn't make a habit of it, Catherine Middleton is extremely wary of giving too much away to the Press. Her style of dealing with them is much, much more like the Queen Mother's than it is like Diana's, to whom Catherine is often erroneously compared. Diana thought that she could "work" the Press and establish a mutually-beneficial relationship. It was that crashing miscalculation which led to the last few years of her life becoming  a game of cat-and-mouse misery. In contrast, Catherine gives little away. She doesn't do interviews and she isn't naturally drawn to the centre-stage, like Princess Diana was. Catherine, in a nutshell, does not want to be famous and she doesn't want to be the centre of attention. In many ways, despite her fame, she's the anti-celebrity. And like the late Queen Mother, I sense a commendable hint of steel behind the velvet of Catherine Middleton's smile. She is no doormat. When she was still Prince William's girlfriend, she sued a paparazzo for taking photographs of her without her permission. Very earlier on, she established a no-nonsense policy with the Press and she hasn't abandoned it now that she's married.

It would be all too easy for Catherine Middleton to do what Marie-Antoinette did in the 1780s - ignore the bad press and just hope it goes away. But Catherine Middleton is not Marie-Antoinette, nor is she Princess Diana. She was not born into royalty and until 2011, she lived most of her life in the "real" world. She knows how much the media matters and she knows how far it will go to get what it wants. There comes a point where even a princess has to say enough; there comes a point in any person's life where rising above things quite simply won't cut it. Perpetually turning the other cheek is for saints; it's not for royalty. Sometimes you have to fight back and that, thank God, is what the House of Windsor is - at last - doing by suing over the smutty, nasty, silly and unnecessary photographs of a young woman sunbathing with her husband.
Posted by Gareth Russell at 23:05