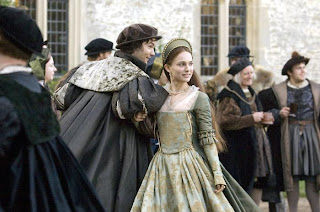 The new Irish magazine Eile, written, created and compiled by young Irish journalists, has very kindly asked me to write a few articles for them and here is one I wrote for one of their back issues. The article was called Was it a gay lobby that cost Anne Boleyn her life?
This article is copyrighted.


Recently, the BBC broadcast an hour-long cross between a documentary and a debate called “The Last Days of Anne Boleyn,” which saw various historians and novelists discuss the different theories for why Elizabeth I’s mother lost her head in 1536. Suffice to say, the discussion was heated, with the magnificently irascible David Starkey taking pot-shots at people who failed to understand that Henry VIII was the “best of liars,” while the gorgeous and brilliant Susannah Lipscomb powered through her theories with a chic poise that the fashion-obsessed Boleyn might have applauded. One theory, briefly touched upon by Philippa Gregory before it was ripped to shreds by everybody else on the panel, was the idea that it was Anne Boleyn’s final miscarriage in January 1536, five months before her death, which proved to be the turning point that made Anne’s downfall a tragic inevitability.
For those who haven’t been sucked in by the unending fascination with Anne Boleyn’s life and death, a brief précis. The queen was arrested shortly after lunch on 2 May 1536 and incarcerated in the Tower. She was accused of plotting her royal husband’s death and of taking five lovers in adultery – including her husband’s confidante Sir Henry Norris, a palace musician, the handsome and athletic courtier Francis Weston, and her own brother, Lord Rochford. The five men were executed on 17 May and two days later, Anne, dressed to the nines, met a similar fate within the confines of her prison. The general consensus at the time was that she had been framed, a view memorably captured by the Lord Mayor of London and the Spanish ambassador, both of whom had witnessed Anne’s trial. But that made the question of why she had been accused of such monstrous crimes and driven to her death, along with five apparently innocent men, even more vexatious. People at the time did not know and those who did weren’t telling; five hundred years later, the debate still rages on. As the enormous number of people watching and tweeting about the BBC special earlier this month indicate, Anne’s ability to fascinate shows no sign of diminishing. 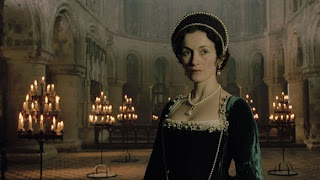 Approaching the fragmentary evidence in the 1980s, one American academic hit on the idea that it wasn’t high politics that brought Anne Boleyn to the scaffold, but festering sixteenth century superstitions, ignorance of human sexuality and paranoiac misogyny. Retha Warnicke’s book “The Rise and Fall of Anne Boleyn: Family politics at the court of Henry VIII” argued that Queen Anne’s final miscarriage in January 1536 had resulted in a foetus that appeared deformed to sixteenth century physicians. Since theologians taught that such abnormalities were proof of a parent’s gross sexual impropriety, Henry’s advisers covered up information of the dead prince’s deformities and became obsessed with the idea that the queen must have done something terrible to produce such a child. A short time before, the Parliament had introduced the Buggery Statute that made sex between two men punishable by death for the first time in English history – a law piloted by Henry’s chief adviser and the man who oversaw the case against Queen Anne, Thomas Cromwell. (Oliver’s great-uncle.) Based on all this, Warnicke reached the conclusion that at least some of Queen Anne’s powerful friends like Henry Norris and Francis Weston were either gay or bisexual, as we would now understand it. And that it was her unhappily-married brother, Lord Rochford, who had been carrying on affair with the palace musician, Mark Smeaton.
Casting around for who to blame for the royal miscarriage, Cromwell and the king became suspicious of what the current Vatican administration might have dubbed the “gay lobby” surrounding the queen consort. Queen Anne was close to Henry Norris, as she was to her brother and she socialised with Francis Weston regularly. Since there was no proper understanding what homosexuality or bisexuality actually was in the 1530s, a pervasive belief had grown up that they were ‘individuals with enormous sexual appetites [who] were expected to move in progression from adultery and fornication to buggery and bestiality.’ Warnicke was at pains to insist that ‘it was [Anne’s] contemporaries’ fearful perception not their real knowledge of these phenomena that caused her death.’ In a nutshell – brute ignorance ended Anne Boleyn’s life and those of five innocent men.
Professor Warnicke’s theories have been excoriated on the grounds that there is ample evidence of George Boleyn’s womanising and very, very little to suggest that the queen’s miscarriage in 1536 was anything other than a tragic but otherwise normal natural abortion. But if the details of her theory surrounding Anne Boleyn’s death are not necessarily tenable, the idea that one of the most powerful women in British history could have been destroyed by misogyny and homophobia is a sobering one, worth considering.
The sixteenth century’s theory that gay or bisexual people would move in a logical progression of perverse lusts from sodomy through to things like adultery, incest, bestiality or paedophilia may seem absurd to those reading this article, but we certainly should not rush to dismiss it as a product of an archaic psychology. To do so is to underestimate the people of the past and to vastly overestimate ourselves. The wording of Thomas Cromwell’s Buggery Statute, which kept homosexuality a crime punishable by death in the British Isles until 1861, carried with it the pernicious idea that homosexuality was one step on a ladder of sexual depravity that would lead inexorably to things like rape, incest and bestiality. The current movement to prevent same-sex marriage shows that the mentality still exists – be it with Jeremy Irons’ alleged fear that a father could marry their own son for tax reasons (do fathers currently marry their daughters, for similar reasons?) or the spine-tingling repetition of the warning that it’s all part of a “slippery slope” that will lead to the implosion of Western civilization as we know it. Worst of all, the idea that there is somehow a link between homosexuality and paedophilia is not a million miles removed from Thomas Cromwell’s insistence that it had a symbiotic relationship to bestiality. And it’s still influencing legislation.
I don’t agree with most of Retha Warnicke’s theories about what happened in 1536, but staring at my favourite portrait of Anne Boleyn, clutching a rose and staring confidently out onto the world, I was struck today by the rather chilling idea that the prejudices that simmered in her lifetime and which, according to some at least, eventually took her life are by no means dead and buried. And they still have the force to ruin, or even end, many lives.
Posted by Gareth Russell at 13:23