A European attitude to the Irish language 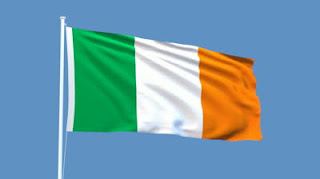 Irish journalist and radio host, Scott De Buitléir, discusses a new play, Focal Point by Machan Magan, which looks at differing reactions to the Irish language in modern-day Ireland. Each of the play's characters represents one of the three major viewpoints - a middle-aged man who cherishes the language's historical links; his son, who resents the ways in which the Irish language was forced upon him by the education system; and a third character, a modern speaker, who values the language for its future role, rather than its historical links. De Buitléir is himself a fluent Irish speaker and teacher, who is also proficient in Danish. Rather than seeing Irish as being caught up in an historical struggle, although he clearly appreciates the legacy of the Gaelic Revival, Scott argues that a more European approach to Irish could help with its long-term growth.

"As Magan described his show, I could quickly identify myself with the third of his three characters, as each one describes a certain reaction to the subject of Irish. Unlike the middle-aged man who cherishes the traditional value of Irish, I’m not too interested in the Gaelic traditions that Irish is so often linked to. For me – a fluent yet second-language speaker – I view my relationship with Irish in a European context. I speak Irish to those whom I know also speak Irish, and will speak English to anyone else. This attitude, I feel is somewhat similar with that of younger generations in the likes of Germany or Scandinavia; they’ll speak their own language to those who they know can speak it, and will speak English with anyone else.

As a former British colony, many of our attitudes are either a result of, or a reaction to post-colonialism... Like Manchán, I don’t associate myself as some proponent of Irish nationalism or idealism, just because I speak Irish. Unlike him, however, I won’t dismiss those who are sympathetic towards the language, because their experience is a trauma we need to address."