An Unconventional King and a fantastic story: An interview with Kathryn Warner 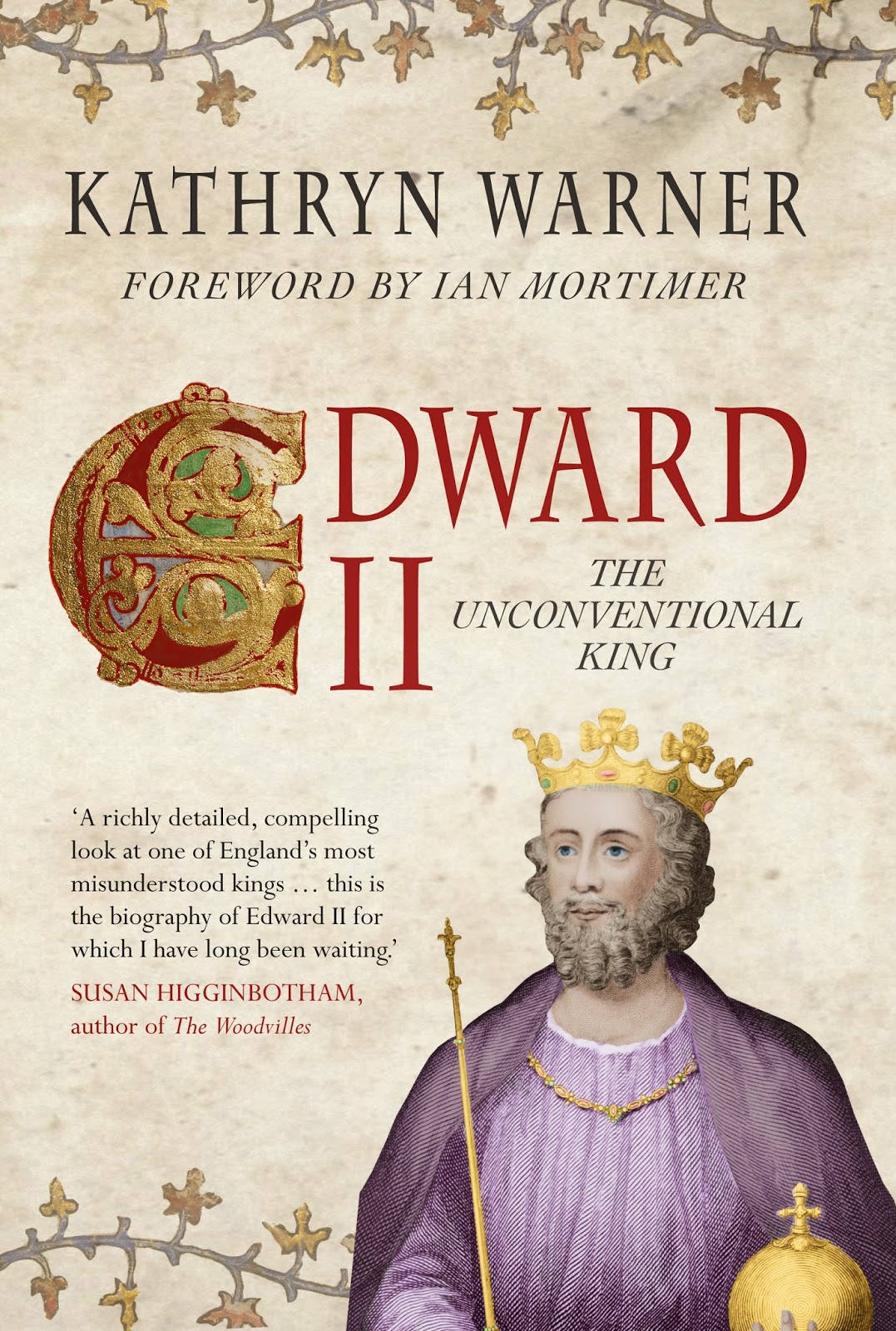 Knowledge is a compellingly beautiful thing and by that I mean the kind possessed by the master of their trade, rather than the jack. When one is in the company of someone whose awareness of their subject is so deep and so painstakingly researched, it is a privilege to hear them speak, particularly if their words bounce easily with a confident rather than a phlegmatic intelligence. That is the experience of reading Kathryn Warner's superb biography Edward II: The Unconventional King. Outside of Queer Theory classrooms, Edward II does not enjoy a kindly reputation. He was portrayed as a sniveling incompetent, a pathetic and faintly homophobic caricature, in the hit movie Braveheart, while a recent biography of his glamorous wife compared his government to one of depraved and vicious terror.

Kathryn Warner sets out to rescue Edward II from the calumnies heaped upon him and she does so with success, because it is quite clear upon reading this book that the author is a lady who has spent years researching every detail of her subject's tumultuous life. Edward II, king and man, emerge from this biography not just as an unconventional king, but as a fascinating person.

Warner's book wears its sympathies openly and honestly. I have no problem with sympathetic biographies - one only need thing of Eric Ives's take on Anne Boleyn, Amanda Foreman's on Georgiana, Duchess of Devonshire, or Dominic Lieven's on Tsar Nicholas II - to know that a sympathetic biography can often produce the finest scholarship, as the author is inspired to delve deeper to produce the truth about someone who they have come to admire or pity, as well as remain fascinated by. (Likewise, biographies with a more critical hue, like Leanda de Lisle's account of Lady Jane Grey or Anna Sebba's account of Wallis Simpson, can often produce gems of historical writing. The crucial component seems to be emotional honesty with the subject.)

The biography that An Unconventional King has most in common with, at least in terms of its tone, is Lady Antonia Fraser's 2002 bestseller, Marie Antoinette: The Journey. Both Fraser and Warner are very clearly on their subjects' side, and while both are more than prepared to recount their mistakes and follies, they underscore the humanising, empathy-generating or admirable qualities firmly because both royals have suffered a fate that saw their historical reputation torn asunder and their reality buried beneath a hundred petty, obscuring lies.

This is a beautiful, thought-provoking and compelling life of one of England's most enigmatic kings, who emerges from the shadows as a flawed but oddly likable prince. Anyone interested in monarchy or the Middle Ages will enjoy this superb book.

As part of her blog tour promoting "Edward II: The Unconventional King" I am delighted to welcome Kathryn Warner, who's here to answer a few questions about her book. 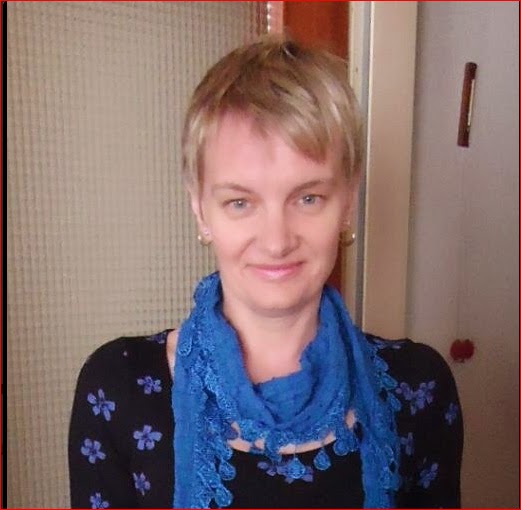 Kathryn Warner holds two degrees in medieval history from the University of Manchester. She is considered a foremost expert on Edward II and an article from her on the subject was published in the English Historical Review. She has run a website about him since 2005 and a Facebook page about him since 2010 and has carved out a strong online presence as an expert on Edward II and the fourteenth century in general. Kathryn teaches Business English as a foreign language and lives between Dusseldorf and Cumbria.

1. Kathryn, you've spent years researching Edward II's life and reign. When did you first become interested in him?

I studied medieval history and literature at Manchester University, where I gained a BA and MA with Distinction, but, despite writing an essay about Edward II in my second year as an undergraduate, I somehow always felt that he was the medieval king of England I knew least about.  All that changed several years later, when I was reading a novel which mentioned Edward's great-uncle Richard of Cornwall, Henry III's brother.  I started reading about and researching Richard and his family, and this led me inexorably to Edward II.  Once I started reading about Edward, I couldn't stop, and felt that I'd finally found the thing I was meant to be doing in life - researching Edward II, his reign, his life, his family. everything about him.  In 2005, I began writing a blog about him to try to correct the many inaccurate stories told about him and to make him much better known, and I still write it regularly and it's had almost a million readers by now.  The historian Ian Mortimer suggested some years ago that I should write a full-length biography of Edward, so I did, and it was great fun.  I'm so thrilled to be getting his story out there to a wider audience.

2. One of the things that's often repeated about Edward II is that he was not the biological father of his son and heir, Edward III. But in your book, you argue that it's more or less impossible that Edward II didn't father Edward III. Why do you think that myth has proved so durable?

This myth was first invented in 1982 by Paul Doherty in his novel Death of a King, and popularised by the 1995 film Braveheart, which makes William Wallace the father of Isabella's child - impossible given that Wallace was executed on 23 August 1305 when Isabella was only nine or ten and still in France, and more than seven years before her and Edward II's eldest child Edward III was born on 13 November 1312.  I can always tell when Braveheart has been on television somewhere in the world as the number of searches along the lines of 'Did William Wallace father Isabella's child?' which reach my blog dramatically increase, usually a few thousand hits within mere hours.  The huge popularity of the film is a large part of what drives belief in this myth, and it also continues to be perpetuated because some people are determined to think that because Edward II was a lover of men, he must automatically have been incapable of intercourse with women.  These people miss the fact that Edward and Isabella had three younger children as well, and that Edward fathered an illegitimate son, Adam.  Isabella did later have a relationship with the baron Roger Mortimer, long after her children were born, and he has often been put forward as the real father of Edward III.  This is impossible, however, as Roger was several hundred miles away from Isabella when all her and Edward II's children - Edward III, John, Eleanor and Joan - were conceived.


3. Something that struck me so much when I read your book was how human Edward seemed and the quirks and kindness that he was capable of. What is your favourite anecdote about him?

For all his faults, Edward could be extraordinarily generous, kind and loyal to people he loved and who pleased him.  I've found so many wonderful entries in his household accounts detailing how he loved chatting with fishermen, carpenters, shipwrights and the like, how he spent time at the wedding of Lady Hastings' daughter in 1326 with a servant who "made him laugh very greatly," how he gave a pound to a woman he drank with on the way to Scotland in 1310, how he stood by a river near Doncaster in November 1322 to watch a group of fishermen fishing, how he played a ball game with some of his household at Saltwood in Kent in 1326 while waiting for two envoys from the pope to arrive, and so on.  To choose my favourite anecdote is hard as there are so many, but it's probably this one: on 25 July 1326, when Edward was sailing along the Thames near his palace of Sheen with his niece Eleanor Despenser, he gave a gift of two shillings to a fisherman called John de Waltham.  The reason?  John had given him a bucket of loach, and also "sang before the king every time he passed by water through these parts."  John, the singing fisherman, entertaining the king every time he sailed past; what a wonderful image!

4. The marriage between Edward II and his controversial queen, Isabella of France, is usually presented as a miserable one, but you see it as much more complicated?

Absolutely.  There's a tendency nowadays to depict their relationship in the most one-dimensional manner imaginable, as though it was nothing but a unloving, unhappy disaster from start to finish, which is just silly if you ask me. Surely we all know as human beings that relationships which last for many years change and evolve over time, they're not static, and for heaven's sake, people feel much more than one emotion towards their partner of nearly two decades!  There is much evidence that Edward and Isabella's marriage was, for a long time, a successful and mutually affectionate, even loving, one.  It ended spectacularly badly, of course, but that doesn't mean it had always been bad or was doomed from the beginning, and much of Isabella's behaviour in 1325/26 strongly suggests to me that she was deeply distressed at the breakdown of her marriage and the intrusion into it of Edward's last and most powerful favourite, Hugh Despenser. There is no evidence at all that she disliked Edward's previous favourites such as Piers Gaveston and Roger Damory, whose relationships with Edward she seemed to view as entirely separate from her own.  Edward showed little interest in Isabella at the start of their marriage, but given that he was twenty-three and she only twelve it's hard to blame him for that, and as she grew older, he grew to love her.  Probably not in the same passionate all-consuming way he loved Piers Gaveston, but love nonetheless, as an eyewitness to Edward and Isabella's visit to Paris in 1313 declared.  For her part, Isabella addressed Edward in letters as 'my very sweet heart' and 'my very dear and very sweet lord and friend', which is highly unconventional and hints at her strong feelings for him.


5. Finally, a question I love to ask historians: if someone came along and decided to make a television series on your life of Edward II and you had a say in casting - money is no object - who would you cast as Edward II, Piers Gaveston and Queen Isabella?