Out of the Shadows: Review and Giveaway of "Eleanor of Castile: The Shadow Queen" by Sara Cockerill 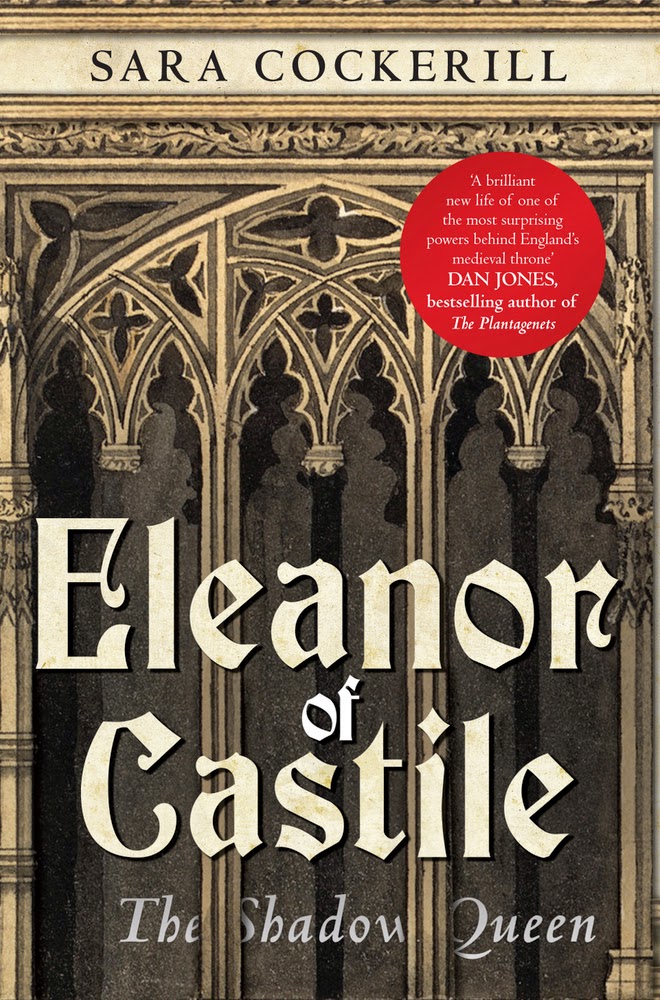 It is often stated that writing a biography of a medieval person, particularly a woman, is impossible and that any effort will descend into quasi-fiction, littered with more than its fair share of "must haves" and "presumably would haves". In her new book, Eleanor of Castile: The Shadow Queen, Sara Cockerill disproves this assertion splendidly. Longshanks' queen and Edward II's mother emerges from this beautiful book full of fire, vigour and more than her fair share of deeply unlikable flaws.

At 410 pages in length, The Shadow Queen can hardly be accused of narrative anaemia and the decade or so of research that went into writing it bounces off the page, intellectually convincing but rendered readable by Cockerill's light narrative touch. There are touching and thought-provoking deviations about the humanity of her subject - a particular favourite of mine being when the author, weighing up evidence that Eleanor was either fair or dark, concludes, "her own colour choices make it almost certain that her colouring was dark; as will be seen, she favoured reds and greens, colours which no blonde would be likely to choose but which are very becoming to brunettes." This is set alongside a razor-sharp understanding of the quagmire of thirteenth-century international diplomacy and warfare, both of which shaped Queen Eleanor's life.

Cockerill believes that Eleanor of Castile was a more likable individual than she has been presented in recent histories of the monarchy, for instance in Lisa Hilton's study of English medieval queens, from which Eleanor emerges as a chillingly avaricious matriarch, who bled the Anglo-Jewish community white in her relentless quest for personal financial security. Cockerill allows Eleanor's faults to show in all their ugliness, but she suggests that, by the standards of her own generation, England's second Iberian queen consort had more on the credit than debit side by the time she passed away in 1290. Personally, I emerged from my compulsive reading of The Shadow Queen still rather dubious about the Queen's personal plus-points, but that is a tribute to the wealth of detail that Cockerill relates to her readers. While the author wears her views plainly, she is too good a writer to force them upon her audience. Eleanor of Castile: The Shadow Queen is a compelling and exhaustive look at one of England's most fascinating queens and a beautiful example of a medieval biography.

To win a copy of Eleanor of Castile: The Shadow Queen, please answer the question below and provide your e-mail address, which will not be published. It is purely so that I can contact you when the competition has closed. The winner will be announced next Saturday (18th October), thank you.

QUESTION: The San Fernando Valley in the USA was named in honour of Eleanor of Castile's father, King Ferdinand III of Castile. What US state is the Valley located in?
Posted by Gareth Russell at 12:17