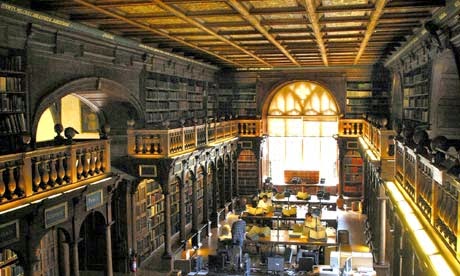 
This was a great year for books, I think. The year started of well for fans of the sixteenth century with Lauren Mackay's fantastic biography of the diplomat Eustace Chapuys, which I reviewed and loved. If you're interested in the Tudor court or in the world of diplomacy, do pick up a copy. Since then, I've brought these books to New Haven, Oxford, London, Portballintrae and Gloucestershire with me and they have been great company. I'm currently working my way through two books that I hoped to finish before the end of the year - The Six Wives and Many Mistresses of Henry VIII by Amy Licence and The Medieval Housewife and other women of the Middle Ages by Toni Mount, both of which I'll post more about in the new year. From Inside the Tudor Court on, here are my ten favourite reads of 2014, in order of publication.

1. Finding Camlann by Sean Pidgeon (novel) (published by W. W. Norton & Company)  This novel reads as a love letter to Oxford no less effusive than Brideshead Revisited, but in this case the story of an archaeologist on the quest for the historical origins of the legend of King Arthur allows the story to lovingly evoke the one side of Oxford life that Brideshead tried to avoid at all costs - actual academics. Long and haunting descriptions of the British countryside and a crackling dynamic between the archaeologist and an employee at the Oxford English Dictionary make this a short but cerebral novel that I absolutely loved. It had me hooked, I stayed up to finish it and I hope we'll see more from Sean Pidgeon in 2015. (Full review to follow)

2. Four Sisters: The Lost Lives of the Romanov Grand Duchesses by Helen Rappaport (non-fiction) (published by Macmillan) I thought Helen Rappaport's Ekaterinburg, about the weeks preceding the murder of the Romanov family in 1918, was a triumph of a book and while the decision to write the first full-length biography of Nicholas II's daughters meant that Four Sisters lacked the dramatic intensity of her earlier work, Rappaport managed to produce a deeply moving and painstakingly researched account of the Grand Duchesses Olga, Tatiana, Maria and Anastasia. Their childish quarrels, the friends they made when they volunteered as nurses during the Great War, the Grand Duchess Olga's deep love for a wounded soldier and the twilight of Imperial Russia intersect to produce an intimate account of four too-short lives.

3. George Boleyn: Tudor Poet, Courtier and Diplomat by Clare Cherry and Claire Ridgway (non-fiction) (published by Made Global) One of three of Henry VIII's brothers-in-law to end his life beneath the headsman's axe, George Boleyn was no saint and no prude, either. But he emerges from the pages of Clare Cherry and Claire Ridgway's biography as a committed and talented young man with a sincere passion for the Protestant faith. Cherry and Ridgway know their subject and his world, and they use that knowledge to lift him from the shadow thrown by his famous sister, rehabilitating him while never failing to remind us of the grizzly world in which he lived and died.

4. How to Ruin a Queen: Marie Antoinette, the Stolen Diamonds and the Scandal that Shook the French Throne by Jonathan Beckman (non-fiction) (published by John Murray) I don't know what it is about the Affair of the Necklace, but it seems to produce more than its fair share of historical works that could also be praised for their literary merits. In 1942, the Hungarian-Jewish writer Antal Szerb produced a book called The Queen's Necklace which, if you can find it, cannot come any more highly recommended. It is utterly beautiful. Likewise, Jonathan Beckman's account of one of the greatest jewellery heists in history is written in such a delicious style that, if edible, it would produce moomoo-necessitating levels of obesity. It was a joy to read this book and Beckman works through the initiators, and victims, of the Affair with consummate skill. Like Szerb's book, and Antonia Fraser's biography, it left me feeling even more sorry for poor Marie-Antoinette, but it also managed to delve deeper than before into the murky personality of the Comtesse de la Motte and it's the inescapable whiff of that dreadful woman that lingered long after I finished reading.

5. The Creeper by Emerald Fennell (novel) (published by Bloomsbury) I bought this sequel to Shiverton Hall because the author is a good friend of mine and because I thoroughly enjoyed the first book in the series. On a side note, I have such a low threshold for any kind of horror that if Emerald does ever turn her hand to writing that genre for adults, you will find me manfully dousing myself in water from Lourdes and using rosaries like lassos. But I digress. This creepy and intrigue-laden ghost story at a ghoulish English boarding school is perfect for children or for those of us who have never been able to see the clock turn to 3 a.m. again without silent tears courtesy of The Exorcism of Emily Rose.

6. Empress Dowager Cixi: The Concubine Who Launched Modern China by Jung Chang (non-fiction) (published by Vintage) Chairman Mao's biographer returns with this compelling and page-turning life of the notorious "Dragon Empress" who presided over the waning years of the Chinese monarchy. Cixi's insatiable ambition, murderous self-promotion and pathological meddling usually cause bile to mix with ink in the historian's pen, but Chang offers up enough of the Empress's virtues, namely her hard-headed pragmatism, her charisma and her impressive list of political victories to balance the scales.

7. The Paradise Tree by Elena Maria Vidal (novel) (published by CreateSpace) Like Finding Camlann, this is a cerebral book with a love of nature underpinning its dialogue. Here, it's a defence of Catholicism and the experience of Irish immigrants as they set out for a new life in Canada and the United States during the reign of Queen Victoria. The grasp of Irish colloquialisms  is impressive, as is the way Irish words peppered conversation even before the Gaelic Revival at the end of the century led, irony of ironies, by the privileged offspring of the Protestant Ascendancy. A love of domesticity, quotes from the Bible and Irish folk songs to start each chapter, and a pretty heartbreaking subplot about how far one character will go to prosper in their new homeland made The Paradise Tree a thought-provoking read. (Full review to follow)

8. Eleanor of Castile: The Shadow Queen by Sara Cockerill (non-fiction) (published by Amberley) Proof that biographies of medieval personalities don't have to succumb to flights of fantasy, The Shadow Queen was a wonderful read about a supreme multi-tasker. Businesswoman, landlady, princess, politician, adviser, wife, mother and patron of the arts, Eleanor of Castile also managed to keep the royalist home fires burning during the Second Barons' War. Like the indomitable Hapsburg Empress Maria Teresa five centuries later, Eleanor didn't seem to find being nearly-constantly pregnant a deterrent. The invasion of Wales and the Diaspora are also dealt with. I would say that The Shadow Queen deserves to be considered the definitive biography of its subject.

9. Edward II: The Unconventional King by Kathryn Warner (non-fiction) (published by Amberley) Sympathetic without being sentimental, The Unconventional King is as much a warning against trusting in the power of repetition as it is a biography of a monarch whose disastrous reign ended in his deposition and mysterious disappearance. Warner uses every contemporary source available to her to prove that nearly every popular image of King Edward II is totally unfounded - the effeminate appearance, the domestic cruelty, the cowardice, the alleged illegitimacy of his eldest child and the grotesque cameo of a red hot poker in his final moments. They're all bunkum. She's also refreshingly frank about what his bisexuality, to use a word familiar to us but alien to him, and lays out the evidence to support her view that his relationship with Piers Gaveston, Earl of Cornwall was probably a romantic one. Gutsy, outgoing, strong, handsome and with a flair for bonhomie, Edward II has clearly caught Kathryn Warner's interest and she's repaid him with a stellar and brutally honest account of his life.

10. Midnight at the Pera Palace: The Birth of Modern Istanbul by Charles King (non-fiction) (published by W. W. Norton & Company) It is hard to put into words how much I enjoyed Midnight at the Pera Palace. A social history of the city of Istanbul from the end of the First World War to the aftermath of the Second, the narrative is framed around a hotel that was built to attract a European clientele. Fantastically written, perfectly structured and with a cast of hundreds of men and women who visited the hotel from the fall of the Ottoman sultanate through the tortured birth of the Turkish republic, Midnight at the Pera Palace is a grand story of humanity. It is modern history at its finest. I could not put it down and I plan to visit the city next year.