The Duchess and the Ascendancy 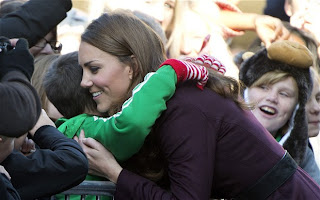 As part of the Royal Family and as wife to the future King, Catherine, Duchess of Cambridge is already a member of the Irish aristocracy. At the time of her marriage, she acquired the title of Baroness Carrickfergus. However, recent research into the Duchess's family tree has also discovered that Catherine is descended from the Marquess of Lansdowne (below), the Irish-born Ascendancy aristocrat who was British Prime Minister at the time of the American War of Independence. The Petty-Fitzmaurice family were later hugely influential in the Irish Southern Unionist movement and in the early twentieth century, the Marquess of Lansdowne was the Tory leader in the House of Lords, where he campaigned tirelessly to try and preserve Ireland's legislative Union with Britain. After the 1911 House of Lords Act, this was no longer possible and the focus of the Unionist campaign shifted to "saving" Ulster from the proposed Home Rule settlement. Many southern unionists, like Edward Carson, jumped ship at that point to join the controversial "Save Ulster" campaign, much to the Marquess's chagrin. His son, and another of Catherine's distant relatives, the Earl of Kerry, attended the 1914 Buckingham Palace Peace Conference, organised by King George V, to try and negotiate a peaceful solution to Ireland's mounting sectarian and political tensions. 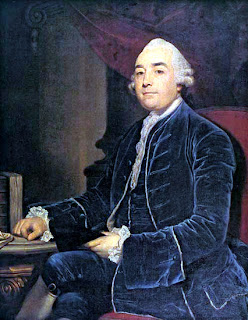 The Duchess has thanked the amateur genealogists who uncovered this familial link during a school project in Australia, which also discovered ties to Sir Christopher Bullock, Winston Churchill's principal private secretary at the end of the First World War.

The full Daily Telegraph article can be read here.
Posted by Gareth Russell at 14:23