An extract from "The Emperors" 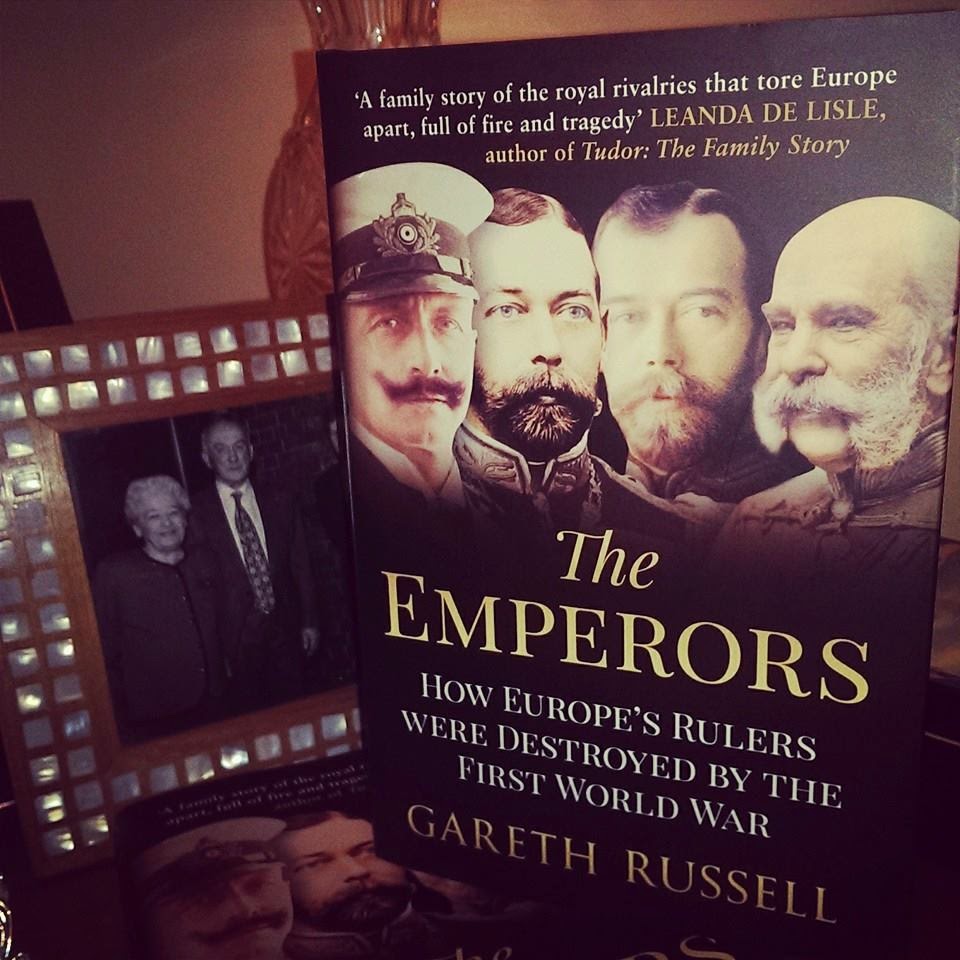 Below is an extract from my new book The Emperors, which is released in the US on the 19th and already out in the UK. This excerpt covers the moment when the Tsarina Alexandra heard about the outbreak of the war. Copyright: The Emperors by Gareth Russell (Stroud: Amberley Press, 2014)

When Anna Vyrubova, a dumpy thirty year-old unhappily married to an officer in the Russian navy, left her apartment on 5 August 1914 she was surprised to find the streets of Saint Petersburg alive with unusual activity. Men were cheering, women were weeping and children were running around whooping with excitement and singing patriotic songs for Tsar and Fatherland. Everywhere, she could see posters proclaiming the mobilisation of the Russian armies. War with Germany and Austria-Hungary seemed inevitable.

Boarding the train for Tsarskoe Selo, the imperial village fifteen miles outside the capital containing two palaces, a park and a host of courtiers’ residences, Anna wondered what she would encounter when she reached the Alexander Palace, a small neoclassical residence commissioned during the reign of Catherine the Great that became Nicholas and Alexandra’s main family home shortly after their marriage. Vyrubova, rather meanly described by Prince Felix Yussopov as ‘tall and stout with a puffy, shiny face, and no charm whatsoever’, was one of the Tsarina’s ladies-in-waiting and her appointment had raised aristocratic angst in Moscow and Saint Petersburg. She was not a noblewoman, she was not clever, she was not charming, she was not fashionable and she was not particularly interesting. However, she was spiritual, malleable and obsequious. Her marriage was abusive and she needed rescuing from it. All of this made her a very attractive companion to Alexandra, who liked to help people but also to dominate them. With her devotion and inability to form a thought independent of the Empress’s, let alone to criticise her, she was exactly what Alexandra was looking for, although from time to time even she seemed to find her adoration a touch suffocating. Nicholas was fond of Anna, but he found her habit of bringing all gossip great and small to the Empress’s attention in the hope of winning her approval extremely irritating. ‘You, for your part, must not allow Anna to bother you with stupid tale bearing that will do no good,’ he told her, ‘either to yourself or to others.’

When she arrived at the Alexander Palace that evening, Anna was taken through to the Empress’s rooms, all of which were kitted out in furniture ordered from English catalogues, to the general revulsion of the nobility who thought the Tsarina’s interior decorating at Tsarskoe Selo a never-ending crime against good taste. Shown into Alexandra’s all-mauve boudoir, Anna excitedly told her what she had seen in the city. Alexandra stared at her blankly and then said she must be wrong; the only units that were on the move were near the Austrian frontier. When Anna insisted that she had seen the posters confirming mobilisation, the Empress rushed from the room and went to her husband’s study. For half an hour, Anna could hear them quarrelling on the other side of the door, as Alexandra discovered that Nicholas had deliberately kept the news from her because he was worried about her health. Storming back in to Anna, Alexandra collapsed on her couch. ‘War!’ she said, breathlessly. ‘And I knew nothing of it. This is the end of everything.’ When the Tsar called over to take his usual evening tea with his wife and her ladies-in-waiting, the tea hour, normally a time for friendly conversation, passed in torturous silence. Anna wrote later that for the next few days, ‘The depression of the Empress continued unrelieved. Up to the last moment she hoped against hope, and when the German formal declaration of war was given she gave way to a perfect passion of weeping’.

Alexandra’s horror was shared by some of those who had once been close to her husband. Sergei Witte, the financial wizard who had been shunted off into the political wilderness for mishandling the crises of 1905, tried to use every connection left to him to stop a war. He thought it was fundamentally wrong to go to war on Serbia’s behalf, because after what had happened to Franz Ferdinand they were only going to ‘suffer the chastisement they deserved.’ When someone suggested that a victory might bring an increase in Russia’s size, Witte snapped, ‘Good Heavens! Isn’t His Majesty’s empire big enough already? ... And even if we assume a complete victory, the Hohenzollerns and Habsburgs reduced to begging for peace... it means not only the end of German domination but the proclamation of republics throughout central Europe. That means the simultaneous end of Tsarism... we must liquidate this stupid adventure as soon as possible.’ His words showed that he had lost none of his powers of perception. The fact that he said them in the company of the French ambassador, representative of Russia’s main ally, showed that he had lost none of his powers to annoy. 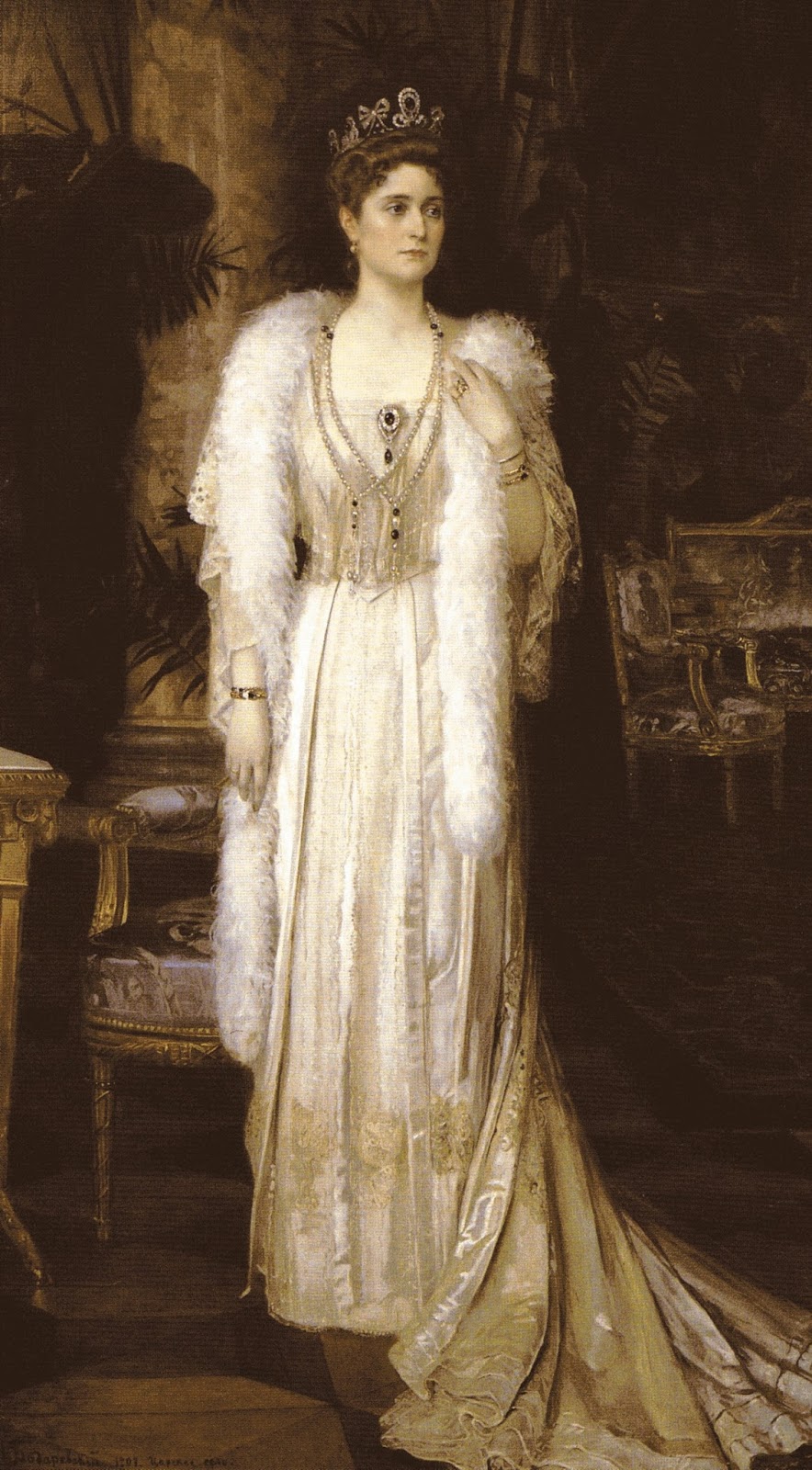