The Eagle and the Maple Leaf: The Austrian Imperial Family in Canada 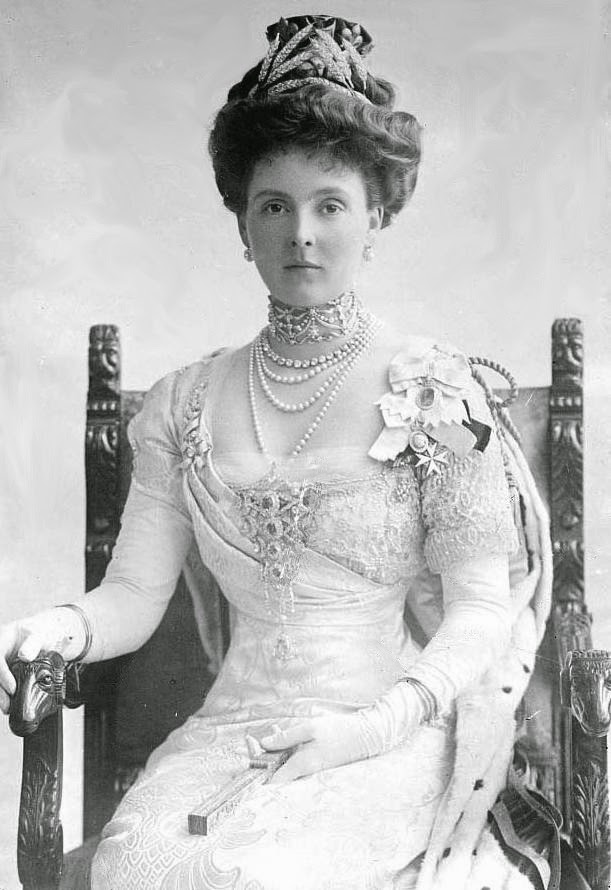 This is part of a series looking at vignettes in the life of figures who featured prominently in The Emperors, and what happened after the fall of the monarchy.

The death in office of Canada's esteemed Governor-General, Lord Tweedsmuir, during the open months of the Second World War presented the Canadian government with a dilemma, for although they had intended for Lord Tweedsmuir's successor to be a native-born Canadian, the war made the replacement of the Governor-General a top priority and there was not time to go through all the potential Canadian candidates. The Royal Family were hugely popular in Canada and the people's support for them had been attested to by the outpouring of affection and interest surrounding King George and Queen Elizabeth's visit in 1939. Inviting a member of the Royal house to assume the post for the duration of the war therefore seemed a sensible solution, satisfying both the urgency and tact required in making the new appointment; King George VI's uncle, Alexander, Earl of Athlone, who had previously served the Empire as Governor General of the Union of South Africa, accepted the post and crossed to Canada in the company of his wife Princess Alice, Countess of Athlone (above.) 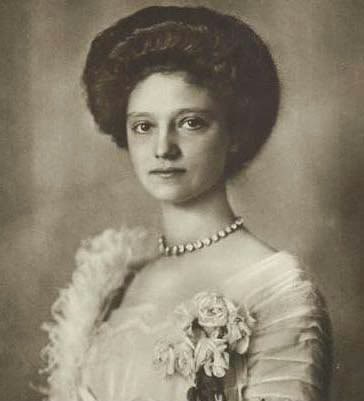 This energetic and capable couple were not the only royal arrivals in war-time Canada. Having been overthrown at the end of the First World War, the Hapsburg dynasty found itself the focal point of Austrians opposed to their country's Anschluss with Germany in 1938. The last emperor, Karl, had died in exile but his widow, Zita of Bourbon-Parma (right), had been active in monarchist politics throughout the 1930s and their son, Crown Prince Otto, was a vocal opponent of Nazism. As the Wehrmacht moved through western Europe, Zita no longer felt safe and dreaded the prospect of any of her children falling into Nazi hands. She had every reason to be afraid, for as they hurtled towards their own ruin in the fire and horror of war, the Third Reich had no respect for human life, royal or otherwise. Two of the Hapsburgs had already been captured - Maximilian, Duke of Hohenberg, eldest son of the Archduke Franz Ferdinand, whose assassination had helped start the First World War, had vanished behind the barbed wire fences of Dachau concentration camp in southern Germany, for daring to oppose the Anschluss, while the Archduke Albrecht emerged from Gestapo custody blind in one eye and partially paralysed as a result of the torture inflicted upon him. In time, the King of Italy's daughter, Princess Mafalda, was arrested for "subversive activities" and sent to her death at Buchenwald.

The British Royal family had helped arrange the Austrian Imperial Family's evacuation from Austria in 1919, something I talk about in chapter 12 of The Emperors, and they came to their aid again by arranging safe transport for the Dowager Empress and her younger children to Canada. The family had fled Belgium after the Nazi invasion, making it through France, Spain and Portugal, and across the Atlantic to New Jersey, where they spent some time in New York and the Hamptons, but with the Germans having cut off all access to their bank accounts, funds were tighter than ever and Zita was reduced to making salad made from dandelion leaves. Eventually, the British once again came to her aid by facilitating her move to Quebec, a predominantly Catholic and French-speaking part of the Empire, which suited the Dowager Empress perfectly, since French was her first language and some of her children were still learning English. 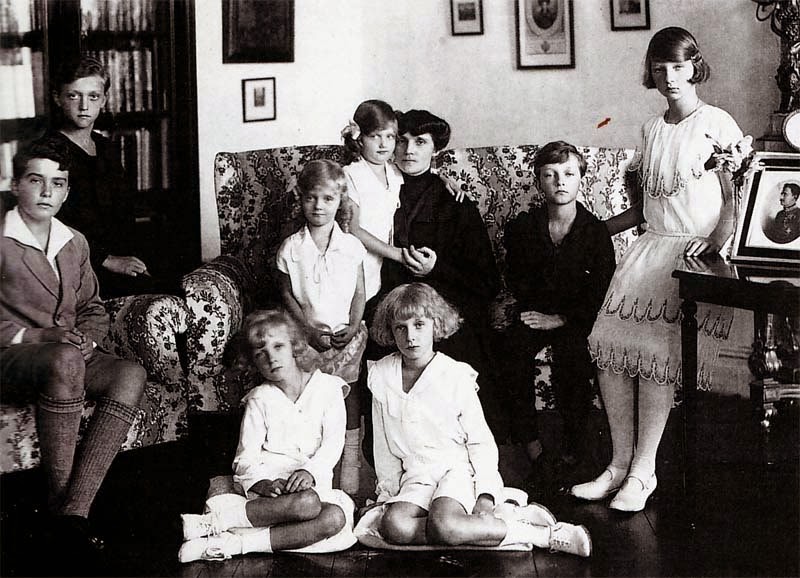 Zita (with her children, above), who always wore black in mourning for her late husband the Emperor, moved north, but her five sons chose to join the war effort. Otto, as the eldest, remained in America, making anti-Nazi propaganda films, raising money for Allied causes and coordinating Austrian exile groups; his younger brother, the Archduke Robert, went to London to work with other exiled representatives of countries which had fallen to the Wehrmacht; Karl-Ludwig and Felix both later signed up to join the US Army, and the youngest boy, Rudolf, smuggled himself back into Austria to join the Resistance.

Initially, it was Karl-Ludwig, Rudolf, Charlotte and the youngest daughter, the Archduchess Elisabeth, who accompanied their mother, along with their grandmother Maria Antonia of Portugal, Dowager Duchess of Parma, who had fled the Austrian revolution wearing nearly every piece of jewellery she owned. So much so that one British officer onboard the train thought she looked like an over-decorated Christmas tree. Felix went north to help find a house for them. In Montreal, they met with Princess Alice and her husband, the Governor-General, and I came across this account of their friendship in Princess Alice's hugely enjoyable memoirs, For My Grandchildren, which, as its name suggests, was constructed almost like a long letter, a reminiscence of an extraordinary life, for the Countess's grandchildren.

We went to Montreal in October, where there was a reception for us and Granpa received a degree from the University of McGill and attended one of the luncheon-club dinners at which seven hundred people were present. These are only for men and all the big-shots attend them. Granpa had a long talk with Sir Edward Beatty, President of the Canadian Pacific Railway, about Canadian affairs... We saw Archduke Felix of Austria and the Archduchess, who were taking a house in Montreal. The Empress Zita had not yet arrived with her mother ... [She arrived a few weeks later] The four children, Carl, Rudolf, Charlotte and Elisabeth were also there. The Emperor had died in 1922, after being married to Zita for about ten years, during which time they had eight children and Granpa remarked that had he lived he and Zita might have exceeded the record set up by her parents, who had twenty-one! These four children, whose ages ranged from nineteen to twenty-three, were all well brought up, with charming manners, and appeared young for their ages.

The Countess was slightly mistaken about the number of Zita's siblings - while her father Roberto had fathered over twenty children, they had been between two wives. Zita's mother, Maria Antonia, was his second, married after the death of his first, Maria Pia.

After Felix and Karl-Ludwig returned to America to fight in the war, the Governor-General and Princess Alice invited the Empress and her two youngest daughters, Charlotte and Elisabeth, to visit them and stayed in regular contact whenever they visited Montreal.

The Empress Zita of Austria and her two charming daughters, Charlotte and Elisabeth, came to stay with us. The Empress led an austere and secluded existence, and as a consequence the girls, although they were old enough to attend university, had little experience of social life. I well remember their excitement when we took them out to dinner and a movie in Quebec! They are both happily married now [Author's Note: After the war, Charlotte married Georg, Duke of Mecklenburg, and Elisabeth married Prince Heinrich of Liechtenstein]. The Empress's lady-in-waiting, Countess Kerstenbruck, used to visit our aides-de-camp in the staff room in order to have a sherry and a cigarette, as such indulgences were not permitted in the ascetic apartments of the Empress! They lived in a dreary little house with no curtains, no pictures and floors covered with linoleum which had been a priests' convalescent retreat. I felt very sad for her [Zita] and her eight children, and I thought they seemed very poor. She was strict with the girls, so that they knew no one and were always chaperoned by the lady-in-waiting to and from the university. Zita still wore the same dress as she did when she became a widow - down to the ground, right to her hands and up to her ears and chin with no ear-rings or any bit of jewellery. In contrast she was very talkative, well informed and cultivated. She spoke English fluently, but we spoke French to the children (they lived in Quebec), but they were learning English. [Zita] had her old mother with her, who was much more worldly She was looked after by one of Zita's hideous brothers - she had twenty-one brothers and sisters of the Parma family. We sat down to a typical German tea of butterbrod and little square cakes and biscuits. Only [a friend] and I were allowed cups of tea - the others, tumblers of water.

Eventually, one of the Empress's sheltered daughters, the Archduchess Charlotte, remarkably flew the nest to return to New York under the pseudonym of Charlotte de Bar and enrolled as a social worker in East Harlem, one of the city's most underprivileged areas. Zita returned to Europe after the war, where she died at the age of ninety-six in 1989.
Posted by Gareth Russell at 16:40

Labels: Austria, Canada, The Emperors, The House of Windsor, War