The Coronation of Katherine of Aragon 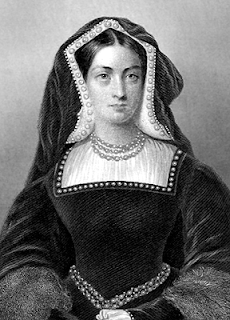 Stephanie A. Mann, author of the book Supremacy and Survival: How Catholics Endured the English Reformation, has an account of the coronation of the 17 year-old Henry VIII and his 23 year-old queen, Katherine of Aragon, in 1509. This year is the 501st anniversary of that coronation. With the exception of Anne Boleyn, none of Henry's other wives were crowned and, as such, Katherine and Anne were the last women to undergo the full panoply of the medieval Catholic Queen's Coronation in England. By the time the next Queen-consort, Anne of Denmark, was crowned in 1603, England was a Protestant nation and the ancient rite of the Coronation rite was much-altered.

Stephanie's account can be read here.
Posted by Gareth Russell at 18:59