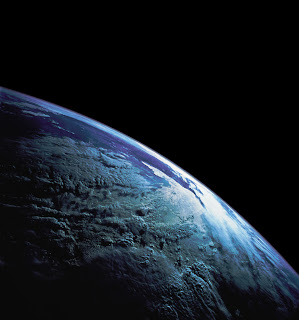 Well, A.D. 2010 has been and gone and today is January 1st, 2011 - New Year's Day in the United Kingdom since the reign of King George III. (Prior to that, the English preferred to celebrate new year on March 25th.) 2010 has been like any year, namely a mixture of some good and some bad. As a family, we sadly lost my uncle, Richard Mahaffy, on the day before Saint Patrick's Day in March, an event which has obviously been personally very hard for my mother (his sister), his wife, daughter and stepdaughter, as well as (of course) for his parents, my wonderful, wonderful grandparents. Uncle Richard's funeral did however bear testament to how well-respected he had been, and also very much liked as well. It has not been easy, by any means, and Christmas this year was slightly more downbeat than others have been.

However, it's also had a lot of good things - my friends Emerald, Aisleagh, Laura and Elena Maria have had great success and been very inspiring in their career paths. Emerald's first major television appearance was aired at the end of the year. She played Lady Lottie Edgefield in Channel Four's adaptation of William Boyd's novel Any Human Heart - a fantastic show from a great novel. I think it's still on 4OD, if you're looking for it! Aisleagh has catapulted into the world of high-flying lawyer types (seems only yesterday we got stuck trying to climb out a bathroom window when we decided a high school house party we were attending was too boring, but we were too afraid to go out the front door in case it caused a scene... squealing like two stuck piglets in what was demonstrably a tiny, tiny window was how karma got us back.) Laura has just published her first book, Eat, Drink & Succeed: How to Climb to the Top using the Networking Power of Social Events and Elena Maria published her third novel, The Night's Dark Shade, set in 13th-century France during the turmoil of the Albigensian Crusade. Onwards and upwards, ladies - and congratulations!
I also had a wonderful summer vacation in America this year, with just a little bit of work thrown in, and I got to spend lots of time working with the team at Penguin, who are amazing and very entertaining. Puffin's 70th birthday party in London was riotous fun, although people seemed to be traumatised by the post-modern technological bathrooms. Not entirely sure that it showed either of us in a particularly good light when almost the first thing my editor and I discussed when she announced she was pregnant was the possibility of being able to shop in Baby Dior or the Ralph Lauren Children department... Still, it's best to be realistic about these things.


2011 is a year I have great reason to look forward to - my first novel, Popular, is being published in the United Kingdom and the Republic of Ireland on July 7th by Penguin and I'm very excited about that, as well as handing in the manuscript for its first sequel on January 14th; I'm back to work in the United States for a week in February, I hope to complete my masters in medieval history, my friend Aisleagh is getting married and I have made some truly wonderful friends in the past year, who I'm very excited to be starting 2011 with in my life. Don't get too conceited though; I am very capricious! Literally, at any second I can change my mind. Bam! ... I jest ... I do not jest.


This also marks the start of the first full calendar year in which I will be keeping this blog, having started back in spring 2010. Bearing that in mind, I thought I would have a look back over some of this blog's statistics to see what we've achieved since starting.
Well, since March this blog has had 96,857 hits. Of those, nearly 40% came from the United States and trailing along in a distant second were my own compatriots in the United Kingdom. Canadian, German, Australian, French, Dutch, Brazilian, Spanish and Finnish readers made up the rest of the international Top 10. And perhaps most interestingly of all, here are the top ten most popular articles: -
1. "Elvis, Chatsworth, JFK and Me"
(A link to The Daily Telegraph's interview with the Dowager Duchess of Devonshire)
2. "The Allure of Anne Boleyn"
(A post where I discuss the perennial fascination with Henry VIII's second wife)

3. "Life in 1st Class onboard the Titanic"
4. "Fit for a Queen"
(A look at the fashions and spending habits of Marie-Antoinette and her clique at Versailles)
5. "Life in 3rd Class onboard the Titanic"
6. "Controversey over banned 'Bloody Mary'  poster"
(I commented on a news story of how a graphic London tourist poster showing Queen Mary I as a zombie had upset some mothers - and historians)
7. "May 19th, 1536: The Execution of Anne Boleyn"
(Conclusion of The Fall of Anne Boleyn series, in which I chronicled Anne's arrest, downfall, trial and death)
8. "December 10th, 1541: The Execution of the Queen's Lovers"
(Anniversary posting taking a look at the day on which the two men accused of adultery with Queen Catherine Howard were executed at Tyburn)
9. "The Fair Maid of Brabant"
(Part III of The Queens of England series, profiling one of the medieval period's least-known queens, Adeliza of Louvain, second wife of Henry I and ancestress of Anne Boleyn)
10. "Anne Boleyn in the Movies"
To everyone who has read Confessions of a Ci-Devant and either left comments or been in touch to tell me how much you've enjoyed (or disagreed with!) a particular post - keep it coming. To everyone who reads it, thank you and I hope everyone has a wonderful 2011.
Gareth Russell
Posted by Gareth Russell at 21:56