The Assassination of William the Silent 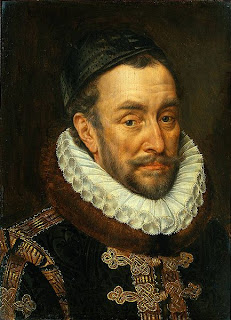 Author Stephanie A. Mann takes a look at the notorious assassination of Prince William "the Silent" of Orange in 1584, by Balthasar Gerard, and the reaction in Protestant England where it fuelled Queen Elizabeth's fears that she was next.
The fate of the prince's murderer is not for the faint-hearted!
Posted by Gareth Russell at 23:42

Labels: Elizabeth I, Spain, The Netherlands