The economic causes of the French Revolution 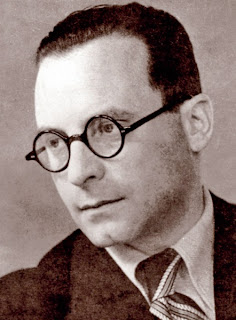 In his 1943 book The Queen's Necklace, the late, great Hungarian writer, Antal Szerb, eloquently questioned whether the traditional links between economics and the French Revolution are accurate. Rather than a case of grinding national poverty, Szerb believed that Louis XVI's France had actually been accustomed to fairly high living standards under the monarchy, only for that to be eroded in the recession of the late 1780s. It was government over-spending, not widespread hardship, that led to the breakdown of royal authority in 1789. Szerb's book has recently been re-translated into English and be purchased via Amazon, here. It's a beautiful book. To quote: -

"[There was a] financial self-confidence of an entire generation, or indeed the whole country. It confirms that the Ancien Regime was witness to a strong economic upsurge. Tocqueville was the first to suggest as much, but it was only at the start of the twentieth century that two non-French scholars, the Russian Ardasev and the German Adalbert Wahl, working independently of each other, confirmed his insight using statistically-tested scholarly methods.

The boom had already begun under Louis XV, was briefly halted by the Seven Years War, then gathered pace again under Louis XVI. The number of iron mines and furnaces grew. Previously France had bought the iron needed for its manufactures from England and Germany; now it produced its own, in the steelworks of Alsace, Lorraine, Nantes and above all Amboise. There were huge advances in the textile industry, especially in the wool-weaving, while Sevres porcelain, Gobelin tapestries, St Gobain glass, Baccarat crystal and faience ware from Rouen and Nevers supplied the world. The Machine had begun its triumphal progress. Marseilles became one of the world's leading ports. Following the Peace Treaties of Versailles, a trade agreement was made with Britain in 1786 which proved favourable to France's agriculture but rather less so to her commerce and manufacturing. Nonetheless, the country remained the second richest in the world after England. (In the aftermath of the Revolution, it was not until 1835 that trade returned to its level of 1787.) Perhaps we might also mention, as another sign of the accelerating heartbeat, that the stock market had grown to such proportions during the reign of Louis XVI that in 1783 Mirabeau felt obliged to deliver a thundering proclamation against it.

When Louis XVI ascended to the throne, symptoms of wealth were evident on every side. They found exactly the sort of expression you would expect from his reign. The towering coiffures worn by ladies gave symbolic representation to the general feeling: at the coronation of Louis XVI their heads were as heavily laden as the wheat fields in the countryside.

And the deranged economic situation in the kingdom, the credit deficit that sparked off the Revolution? Well, yes. But that financial crisis involved the Royal Treasury, not the country at large, and certainly not the people. It was matter of the King's - that is, the State Treasury's, expenditure exceeding its income. The position could have been helped in one of two ways: either by reducing outgoings or increasing revenues. The private tragedy of the monarchy, it could be said, was that given the situation they were in at the time they could not, for purely internal reasons, hope to achieve either. But the relative affluence or poverty of the country as a whole was not the issue." 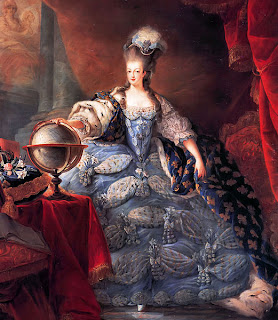