After playing Imogen Dawson, the flamboyant party girl in Popular and The Immaculate Deception, Emma Taylor played France's doomed and iconic queen, Marie-Antoinette, in my new play The Gate of the Year, the story of the events of 1789 updated to the modern day. In the second of the cast's interviews about their characters and the show, Emma talks about her role and why it meant so much to her.

Emma, tell us a bit about the Marie-Antoinette we encounter in “The Gate of the Year”?
The Marie-Antoinette we encounter in The Gate of the Year is a very different person to the image most people have, of the frivolous young queen lying around in her jewels, drinking and gambling her nights away. She is a mother, a wife, and a very dedicated Queen. She is just beginning to develop into the strong, decisive woman we see by the end of the Revolution, and she's incredibly observant, charming and accommodating. Marie-Antoinette is such a well-known character in history, and yet I feel as if so much of her true personality has been completely passed over in so many aspects – but I think The Gate of the Year really gives her back that respect, presenting her not as a villain and or the triumphing heroine, but as an extraordinary woman who lived, breathed and loved the same as any other.


You mentioned in your programme interview that you felt a great sense of obligation to get her right. What was it that made you feel that way?
I think I felt such a responsibility to "get her right" because of how interesting and misunderstood she is. I think she's an absolutely fascinating woman who is a joy to read and learn about. I found that the more and more I researched her, the more I loved her. I think there's also the aspect of playing someone who lived. This isn't just a character on a page; this person was alive, and I think you have to respect that in your performance. I don't think she'll ever really leave me in a sense; when you know so much about the person, it's impossible to get them out of your mind completely. 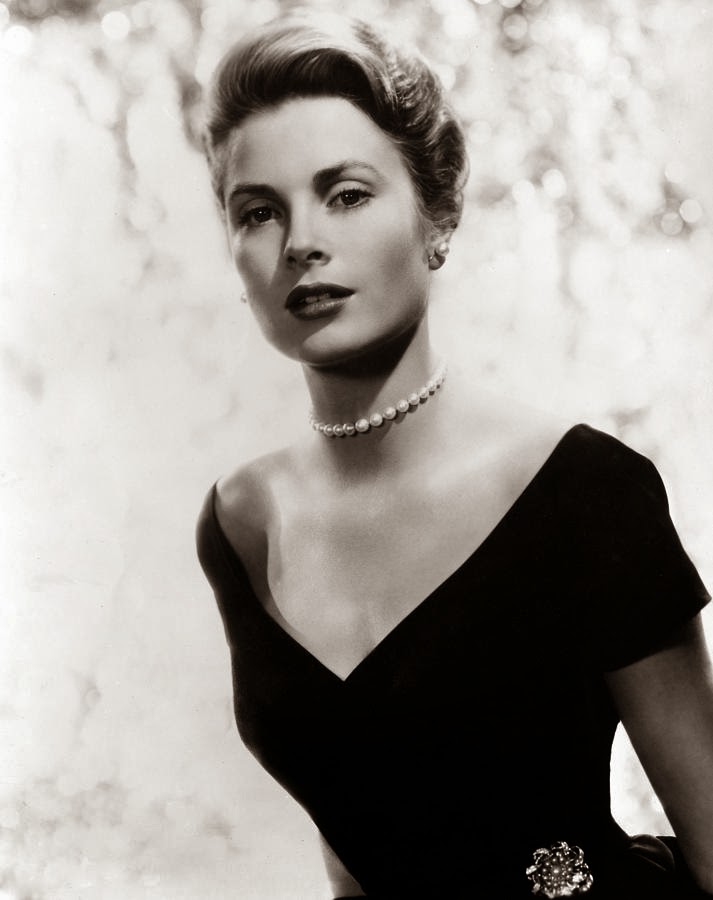 Marie-Antoinette was famously one of the most stylish women of her day. Which modern-day figures did you look to create her modernised look in “The Gate of the Year”?
I looked at a lot of different people – but I have to say Grace Kelly's look was the one that mainly influenced Marie-Antoinette's modernised look. Grace Kelly (above) is just the epitome of elegance and refinement in fashion, and I think everything, even down to her colour palette was an incredibly applicable look for the Queen of France. I also looked at more modern-day figures, such as Princess Diana and the Duchess of Cambridge. By the end of the styling process, I think we had such a beautifully coherent style for the Queen, and when I was wearing the costumes, they helped immensely with the movement and grace she was so famous for. 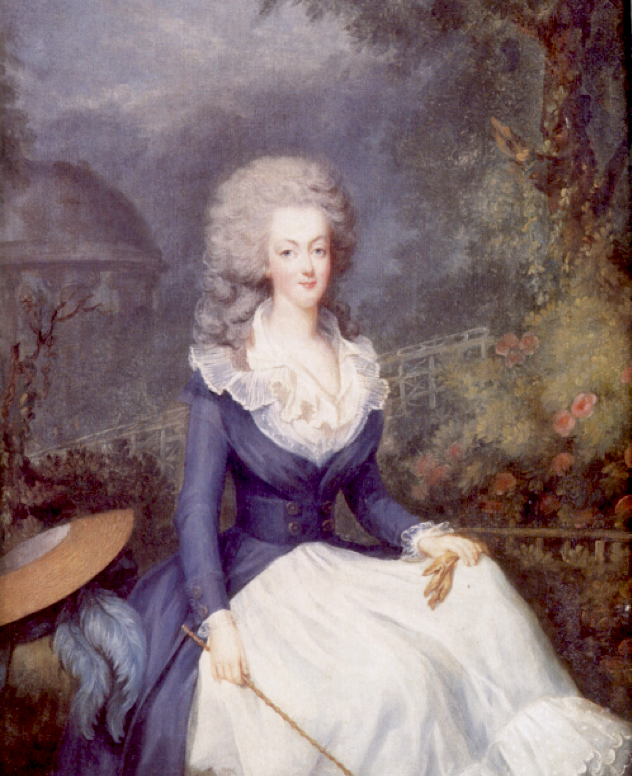 There are so many misconceptions about Marie-Antoinette, mainly the idea that she was frivolous and cruel and that she joked “Let them eat cake” when she heard people had no bread, when, of course, we know that she said almost the exact opposite. How did you approach playing a character of whom there is such a widespread but inaccurate popular image?
I have to admit, until I began to read about her, I thought exactly the same things. It wasn't until I looked further into her life I began to see how misunderstood she really is in popular culture. It wasn't an easy task to play her, especially because I very much approached the play with the mind-set to play her so differently to the pervading public opinion of her. When people found out I was playing the part, their first reaction was 'Ohh, let them eat cake!' and I just had to bite my tongue! I thought it was so interesting to see that the actual Marie-Antoinette was very charitable and kind towards the poor. With The Gate of the Year, the script helped so much in showing her in a more true-to-life manner: I had a wonderful time working with the cast and with Gareth on how to represent her onstage. If my performance as her made any one person think about her in a different light, I've hopefully succeeded in what I set out to do! 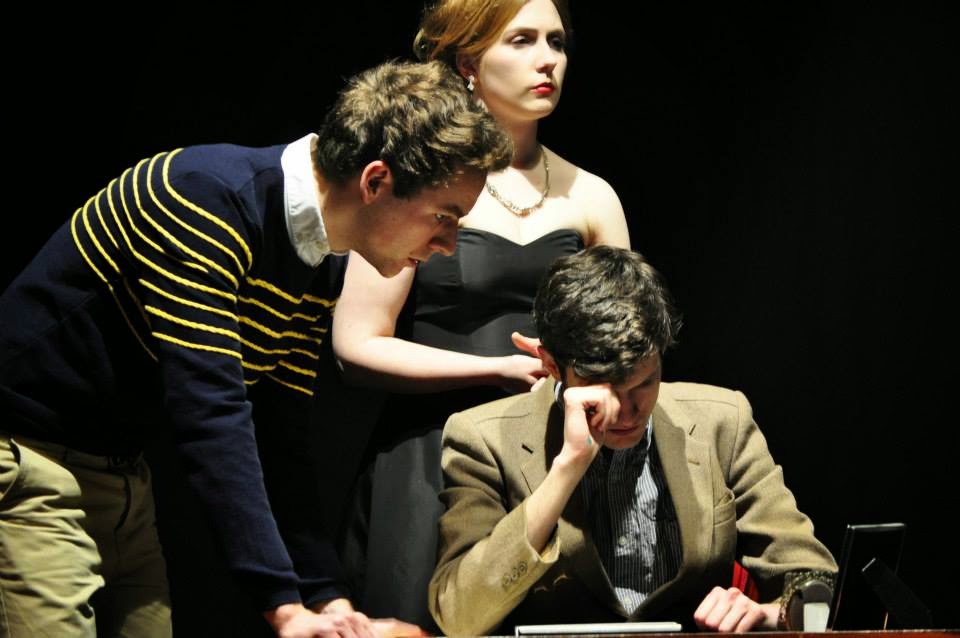 Marie-Antoinette was married for most of her life to Louis XVI (played by Tom Flight). How do you think she felt about her husband and how did she translate that on stage?
I always thought Marie-Antoinette's relationship with Louis was very interesting. (Emma is shown above with Tom Flight, seated, as King Louis XVI and David Paulin as his brother, Charles) While they were an arranged marriage, and not a love match, I think they became incredibly fond of one another. I think they did love each other, but maybe not in the all-consuming romantic sense of the classical romance. I think it was a very close and very supportive relationship, and we tried to show that on-stage when performing. I was so lucky to have the wonderful Tom Flight to act opposite, who played Louis entirely differently to the way I had originally thought Louis to be, and he ended up making me think about Louis, and the relationship between the two of them in a new way. I think we both really respected and loved our respective characters, which helped so much in deciding how to present them.

The historian Simon Sebag Montefiore called Marie-Antoinette far more “sinned against than sinning”, while even many of her contemporaries were dazzled by her charm and kindness. Do you think that’s a fair assessment of her?
I completely agree; I think that she was an extraordinary woman who was caught up in a horrific situation, and she showed a tremendous amount of courage in the revolution and the events that followed. She was charming, funny, and from all accounts, a joy to be around. She was a mother who loved her children, a wife who loved her husband, and a Queen who loved her country. I hope that's what I've managed to portray in The Gate of the Year, and hopefully, if she could see it, that she would know she's remembered with great charity.

Labels: Ancien Régime, Marie-Antoinette, The Gate of the Year, Theatre