"His God and his country": David Paulin's interview on playing the prince who inspired the ultra-Right

In the glittering world of high society before the revolution, few stars burned brighter than Louis XVI's youngest brother, Charles. Tall, handsome, athletic, boundlessly exuberant, he was known for his impeccable dress sense, his numerous affairs and constant parties. Gambling, horse racing, the opera, the theatre, balls and banquets were his milieu. He was constantly seen in the company of his charismatic sister-in-law, Marie-Antoinette of Austria, and together they were the poster children for the half a decade after Louis XVI succeeded to the throne in which, in the words of the historian Antal Szerb, they symbolised "the financial self-confidence of an entire generation, or indeed the whole country." But a decade later, the party was over and as the recession birthed a new era of political extremes, Charles (the Comte d'Artois in the original biography, but updated to the Duke of Artois in The Gate of the Year) allied himself firmly with the Right. Detested by the revolutionaries, who prohibited the colour green from appearing in the new French flag because it was the colour of Charles's livery, he quickly emerged as one of the most divisive figures of the early revolution.

Belfast actor David Paulin, who played Cameron Matthews in The Immaculate Deception and the title role in the festival-nominated political satire Clarence, played Charles in The Gate of the Year, the story of the early French Revolution updated to the modern day. Here, he has taken the time to answer questions about the man who was called by one historian "someone who helped destroy the French monarchy, twice" and by another as "a butterfly, broken by reality".

David, what attracted you to the role of Charles in The Gate of the Year?
Charles is an extremely “grey” character in the play. He is neither good nor bad, and he constantly edges the line between heroic acts and villainy. I always find that the audience reaction to a character like that is very interesting and mostly split; it’s that very real and human characteristic of people not being able to make their mind up about a person, and that is very exciting to portray onstage.

What research did you undertake during the rehearsal process?
I read a history of the French Revolution from a Roman Catholic perspective, because I felt that Charles’s faith was so important and I wanted to get that slant on the events. I was lucky enough to be able to meet with David Anderson MBE MVO and he spoke to us about etiquette, which was invaluable. To supplement this, I also read extracts from etiquette books that were extremely interesting. Throughout the rehearsal process, Gareth also would speak to us about various events surrounding the revolution and also in depth about what the characters lives would have been like, which I found incredibly useful in developing the character.
Charles has almost a universally dire reputation amongst historians, even today. What about him surprised you the most?
When I first read the character of Charles I was astounded by his belief in his god and his country. I think it would be easy to mistake this as self-belief but I found that beneath all of the bravado and grandeur Charles was actually an extremely self-doubting and insecure man. I think it is a feeling of uselessness that now plagues Charles in his thirties, once he has grown out of the playboy prince persona he had crafted in his twenties, and I believe that it's this worry of living without purpose which drives most of Charles’s actions in the play. It was when that clicked with me that I found certain elements of his relationships with other characters onstage much easier to portray, especially his relationship with Gabrielle [de Polignac] which was played with perfection by Rebecca Lenaghan (below). 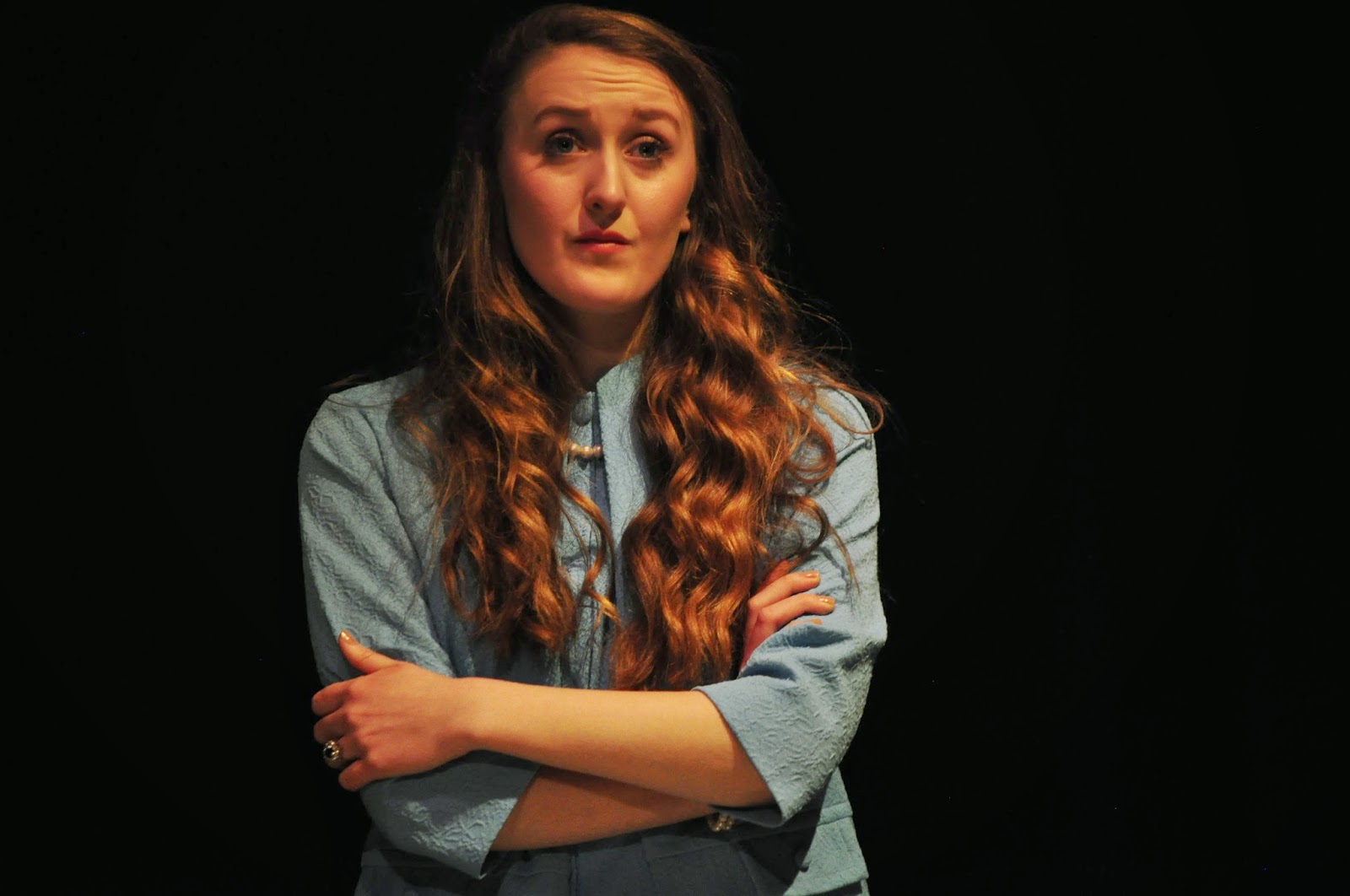 Tell us a little about your favourite scene to play.
I had several scenes that I loved in the play but if I had to choose a favourite it would probably be in the middle of act two - Charles has an incredibly painful and intense scene with his brother Louis. (From the performance, below) It's just an incredible outpouring of emotion about a very complicated relationship and the audience almost sees them for a minute as two little boys fighting over a toy. Even though it's staged against the flames of revolution in Paris, all that falls away and leaves a stripped back and extremely visceral, human scene.

Which character did you ultimately find the most sympathetic?
I felt a wealth of sympathy for King Louis, who was played excellently by comedian Tom Flight. I think it was something in his very believable performance that transformed Louis from a character who, on the page, I felt an immense amount of frustration towards, into a more sad, sympathetic and human character caught up in a terrible time in French history. I think the added layer of mental illness brought to the character in the way of his clinical depression that is referenced in the play makes him even more sympathetic, because we see him suffer from such a debilitating and misunderstood illness that is barely understood today, let alone years ago.

If you were to return to the role and could add in any scene unseen in The Gate of the Year, what would it be and why?
I think I would want the audience to see Charles after he received the news of the King and Queen’s execution. Although not in the play’s timeline of events, I think it would show a very raw emotion from Charles and reveal the depths of his empathy and compassion for others.
Posted by Gareth Russell at 22:02

Labels: Ancien Régime, The Gate of the Year, Theatre, Writing