"The man who could have saved the French monarchy"?: Amos McCormack gives an interview about playing a modernised version of Monsieur Necker 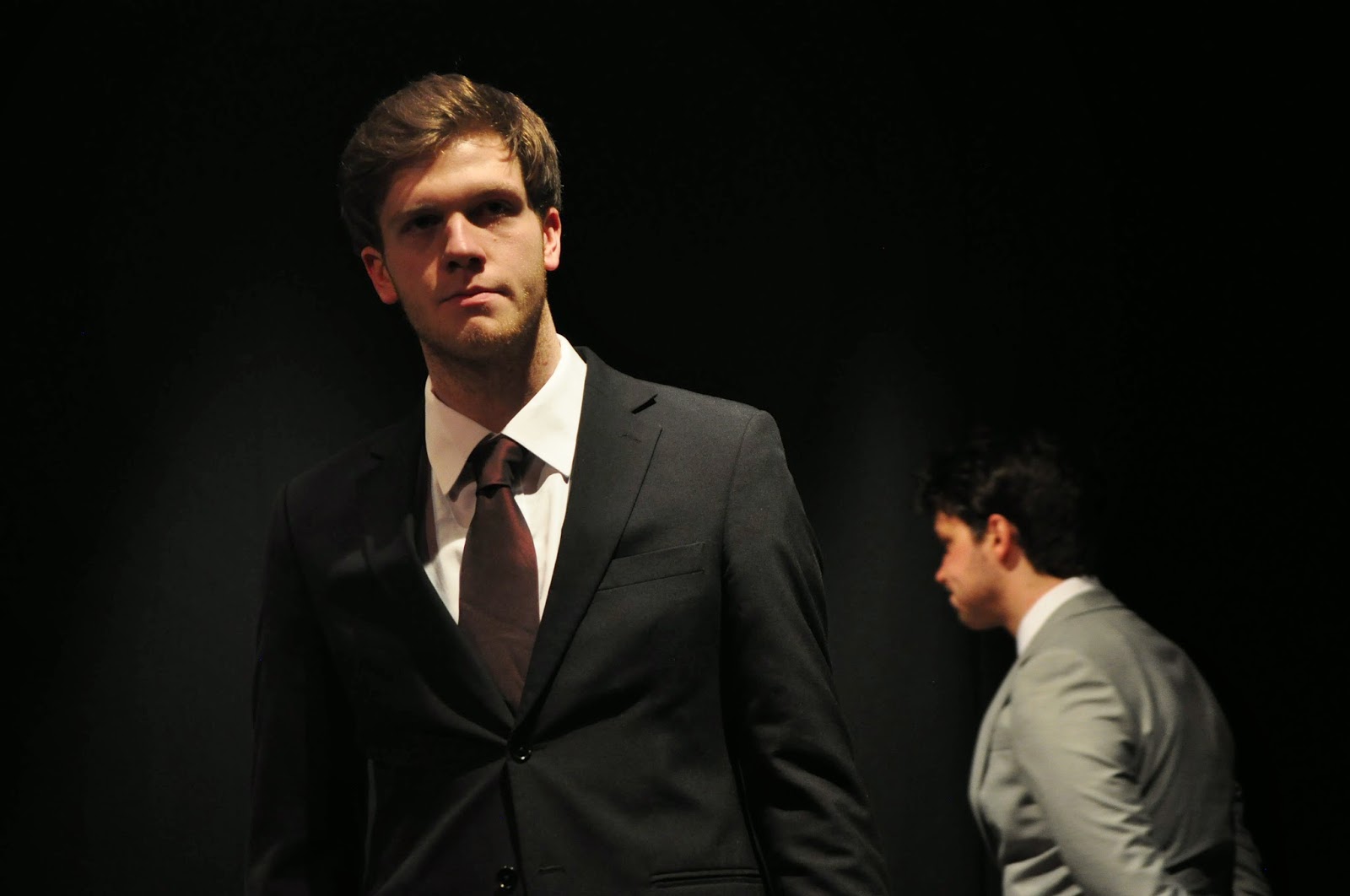 With his name Anglicised to Jack Necker and his vocation modernised into one of television interviews and mass party rallies, The Gate of the Year's interpretation of Louis XVI's penultimate prime minister before the storming of the Bastille is certainly very different to the original. Born in Switzerland in 1732, Jacques Necker emerged as the shining light of French finance in the early part of Louis XVI's reign before public acclaim spurred his appointment as first minister. The move split the Court, with the ultra-royalists horrified that even the Queen, Marie-Antoinette, had supported the promotion of Necker, who was a foreigner, a Protestant and a liberal. If one believed his critics in the palace, he went even further than that and was secretly hoping to turn France into a republic, like his homeland. Actor Amos McCormack played Necker in The Gate of the Year and he's kindly shared his thoughts about the man presented by some as an egotistical opportunist and by others as the pre-revolutionary monarchy's great missed chance; a "what if" that might have prevented the revolution entirely.

Amos, tell us a little bit about your character in The Gate of the Year?

Jack Necker is a smart, wealthy businessman who comes to France from Switzerland. He had a very successful banking career before immersing himself in French politics. Known internationally as an economic genius, Louis XVI had initially hired him as Finance Minister to help curb France’s debt and fund their involvement in the American Revolution; however he became somewhat unpopular with the those he was working for when he made their spending public in his Report to the King, angering a lot of the public; it is sometimes believed to be one of the events that triggered the French Revolution. He was eventually brought back as Prime Minister to once again help lift the county from the uncomfortable situation it had found itself in, in the lead up to the Revolution.

Necker becomes very angry in Act I, scene vii when he remembers the level of religious discrimination that existed under ancien régime. How much of his personality do you think is defined by a sense of being an outsider?

This aspect was very important to me while playing him. All of the characters I interacted with in the play come from this completely different world, that of the monarchy, which in his eyes had only served to oppress his Protestantism and create a difficult life for those who shared his faith. He steps into the role of Prime Minister knowing full well that he is not welcome and not considered one of them. In all my scenes, this was always in the back of my mind, because I believed it to be extremely important to Necker’s intentions: to make the monarchy aware of how their current system was seen by many groups as a harsh, dominating regime. In this scene where I lose my temper my inner thoughts are made clear; I lay out clearly before all to see the rage that their discrimination creates. In this moment Necker not only becomes the spokesman for all the dissatisfied Protestants under the monarchy, but also the mad crowds of people who will soon attack the ruling monarchy and storm the Bastille. 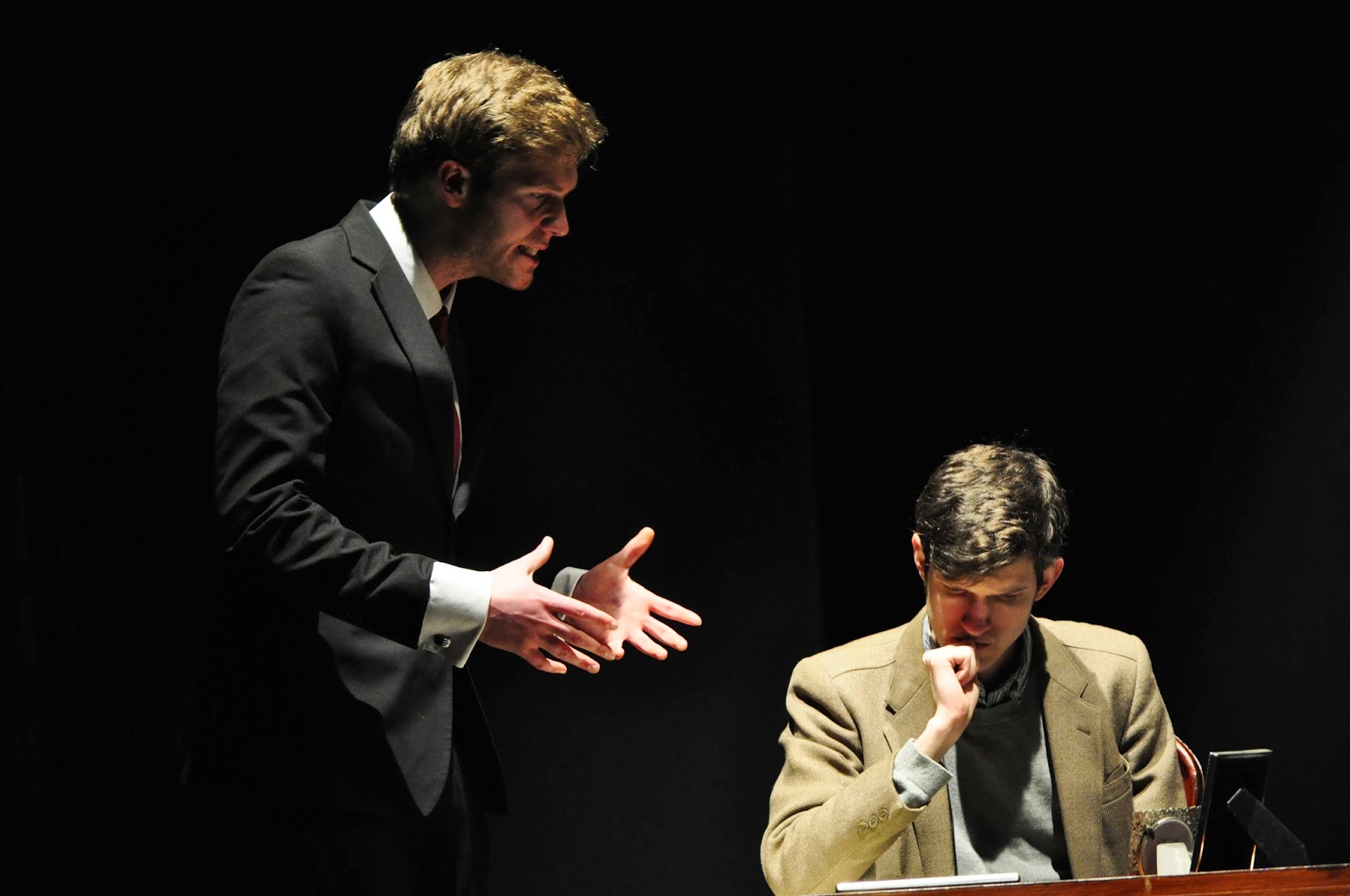 What parts of Necker's personality did you warm to?

I admire his ambition and determination to succeed, which shines brightly despite the unwelcome environment he finds himself in. He has a strong sense of self-confidence, arguing for his beliefs and what he knows is right, even though he is often standing alone in his opinions. He has straightforwardness about him, firmly speaking out when he wishes to be heard, arriving immediately at the point of what he’s trying to say and not succumbing to ‘beating around the bush’ as it were. Ultimately, I warmed to his strong desire to step in and aid France in its time of need and his attempt to create a system that would be compatible for all.

Jacques Necker has been called "the man who could have saved the French monarchy", do you think he believed that?
Yes. It shows in his self-assuredness, his arrogance and in his words. Something which is mentioned in the play but not dwelt upon as much was the fact that this wasn’t the first time Necker had been called to provide service for France in desperate situations. He had been fired and re-hired numerous times and I hold no doubt that this encouraged a self-belief that he was the saviour of France. He was popular with the people and had a plan that showed positive signs of being successful. He had a strong conviction that the absolute monarchy had run its course, and a change would be strongly welcomed.

Throughout the play, Necker bears a special animus towards Gabrielle de Polignac (played by Rebecca Lenaghan). What is it about her that you think made him feel that way?
One of the things that I’ve taken from this play is how easy it is for figures in history to become demonised; to be continually portrayed as lacking in compassion or having no respect for human life whatsoever. The members of the French monarchy are often seen in this light: uncaring; aloof; worried only about their wealth and position. For Necker, his dislike of this class of people is embodied in Gabrielle. He sees only the beautiful dresses, the palaces, the luxurious lifestyle. He can’t see past the firm monarchist beliefs or the Catholic faith. Perhaps he knows of her animosity towards him and his policies and sees an enemy in her. Most likely it is also her cleverness in the political field, and the influence she has which irks him as well. I found it unfortunate while playing this character, that there was a certain stubbornness to him; an inability to fully appreciate and recognise the goodness that was inherent in all those whom he met in Versailles, including Gabrielle.
Posted by Gareth Russell at 12:24