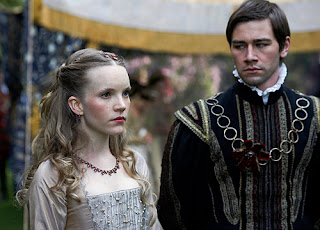 Above: Torrance Coombs and Tamazin Merchant as the doomed lovers, Sir Thomas Culpepper and Queen Catherine Howard in Season 4 of the Showtime series The Tudors (2010.)