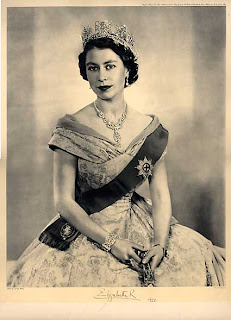 Today, Her Majesty The Queen turned eighty-five and she marked the anniversary of her birth by attending the Maundy Thursday service at Westminster Abbey to mark the Thursday of Holy Week, when the Church traditionally remembers the Last Supper and Christ's arrest in the Garden of Gethsemane.
It's hard to believe The Queen is eighty-five, given the rigours of her daily schedule and the number of political engagements she undertakes every year. The BBC news report of the Queen's visit to the Abbey for the service, including the Monarch's annual bestowal of charity on the elderly, can be accessed by clicking HERE, where you can also see a video of Her Majesty, the bishops and the congregation interacting inside the Abbey.
For this blog's discussion of the history of the Christian festival of Maundy Thursday, including its ancient association with the British monarchy, please click HERE.


"Perhaps one of the most interesting Maundy Thursday customs originates here in the United Kingdom, when the monarch bestows alms or "Maundy Money" on a group of pensioners - one for each year of the Sovereign's life. A special church service is held in a cathedral in either England or Wales, where the Queen hands out specially-minted coins to a group of pensioners, who have been invited to the service by local authorities...

The custom itself dates back to the time of King Edward I, who ruled England from 1272 until his death in 1307. He was also the conqueror of Wales, hence the custom of using Welsh cathedrals for the Maundy services as well. From then, until the deposition of King James II in 1688, the main part of the tradition was for the monarch to humble his- or herself by washing the feet of the twelve local paupers who had been gathered for the service, along with bestowing generous amounts of charity upon them. The washing of the feet was done to imitate Christ's act of loving humility, when He washed the feet of His own apostles at the Last Supper. Bearing in mind how filthy the feet of a pauper in the Middle Ages would have been, the royal Maundy traditions indicate just how passionate a hold Christianity had over the hearts and minds of people in that era....

In its original form, the practise was last carried out in England on Maundy Thursday 1688 ... Queen Mary II, who instituted the current tradition of the money being handed out to the elderly, rather than the poor, which continues to this day." 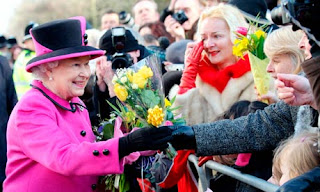