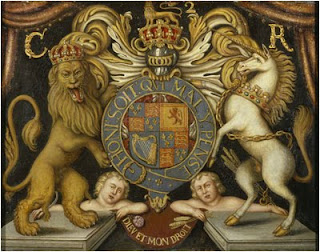 The Longest-Reigning Sovereign in British history was Queen Victoria, who ruled from the age of eighteen in 1837 until her death at the age of eighty-one in 1901. With a reign of just over 63 years, Victoria narrowly beat the previous record-holder, her grandfather, King George III, who ruled from 1760 until 1820. The longest-reigning monarch in world history was Pepi II, who was Pharaoh of Egypt for 94 years, coming to the throne as a 6 year-old and dying a centenarian.

The Shortest-Reigning Sovereign in British history was Lady Jane Grey (1537 - 1554), who was Queen for just under a fortnight in the summer of 1553. A great-granddaughter of King Henry VII, Jane was pushed onto the throne by her dying cousin, Edward VI, who didn’t want the throne to pass to his Catholic half-sister, Mary Tudor. Jane reluctantly accepted, under pressure from her parents and her religious convictions, but she was overthrown nine days later when Mary, the rightful heiress, seized the throne and Jane was executed a year later, at the age of seventeen.

The Oldest Ruler is the current Sovereign, Queen Elizabeth II (b. 1926), who is 84 years-old. Her Majesty passed the previous record-holder, her great-great-grandmother, Queen Victoria, in 2007.

The Oldest Member of the Royal Family was the late Queen Mother, mother of the current Queen and widow of King George VI. Born Elizabeth Bowes-Lyon in 1900, the Queen Mother died in 2002, at the age of 101.

The Oldest Royal to come to the Throne in Britain was the Duke of St. Andrews, who became King William IV at the age of 64 in 1830. Nicknamed "Sailor Bill" because of his love of the navy, he was the younger brother of King George IV, who had died childless.

The Youngest Royal to come to the Throne anywhere in the British Isles was Mary, Queen of Scots (1542 - 1587), who became reigning Queen of Scotland at the age of just six days old, following the sudden death of her father, King James V. In England, the record-holder was King Henry VI (1421 - 1471), the son of King Henry V and Queen Catherine de Valois, who came to the throne at the age of only nine months in 1422, following his father's death on military campaign.

The tallest British monarch was King Edward I, who ruled from 1272 to 1307 and who stood at 6ft 3in in height.

The Biggest Royal Divorce Settlement was granted in 1540 to Anne of Cleves (1515 - 1557), fourth wife of King Henry VIII. The ex-Queen received the second largest palace in London for her home, five castles, seventeen mansions, thirty-four country estates, two hundred servants and an honorary position within the English Royal Family.

The royal to spend the least time in their country was Richard the Lionheart, who reigned from 1189 to 1199. The King spent 95% of his ten-year rule out of England, either on Crusade to the Holy Land or fighting to protect English colonial interests in France.

The First Member of the Royal Family to be publicly executed was Queen Anne Boleyn (1507 - 1536), second wife of King Henry VIII, who was beheaded in the Tower of London on May 19th, 1536.

There is some debate over who was the youngest member of the Royal Family to be executed, but if we follow the theories of the historians Alison Weir and the late Joanna Denny, then it was probably Queen Catherine Howard (?1525 - 1542), fifth wife of King Henry VIII. Catherine (pictured below being played by actress Tamzin Merchant in the television series The Tudors) was beheaded in the Tower of London on February 13th 1542 for her love affair with Sir Thomas Culpepper. It is possible that she was no more than sixteen or seventeen at the time of her execution. 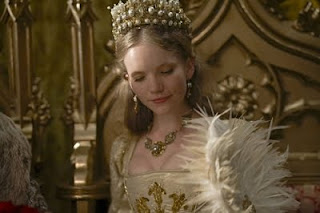 The last member of the Royal Family to be publicly executed was James, Duke of Monmouth (1649 - 1685), the illegitimate son of King Charles II and his one-time mistress, Lucy Walters. The duke was beheaded after attempting to lead a Protestant rebellion against his Catholic uncle, King James II (r. 1685 - 1688.) It took five blows of the axe to severe the duke's head.

The first Prince of Wales within the Royal Family was the future King Edward II (1284 - 1327), who was born in the newly-conquered country to King Edward I and his queen, Eleanora of Castile.

The first King of Ireland within the Royal Family was King Henry VIII (r. 1509 - 1547), who elevated the original title of "Lord of Ireland" to that of "King of Ireland" by an Act of Parliament in Dublin in 1542. (You can read more about that event here.)

The British royal to have the most legitimate children was King James II, who was King of Britain from 1685 until a revolution in 1688. He had eight children by his first wife, the Duchess of York, and twelve by his second wife, the Italian princess, Maria-Beatrice. With infant mortality being what it was in the 17th century, however, only two children from his first marriage and two from his second marriage survived childhood.

The British royal with the most illegitimate children was the medieval monarch, King Henry I, who fathered twenty-four bastards during his 35 years as King from 1100 until 1135.

Since beauty is in the eye of the beholder, many observers disagreed over the attractiveness of various members of the royal houses. However, the prize for the most beautiful royal in British history should probably go to Elizabeth Woodville (?1437 - 1491), wife of King Edward IV. All commentators agreed on the extraordinary beauty of the blonde-haired, blue-eyed, pale-skinned queen - although what they thought of her ambitious personality was usually a lot more divided.

There is much debate about who were the gay monarchs in British history. We can be certain beyond reasonable doubt that King Edward II, who ruled from 1307 to 1327, and King James I, who ruled from 1603 to 1625, were both homosexual or bisexual - although both "did their duty" by fathering heirs with their French and Danish queens. James, who commissioned the famous "King James Bible," wrote passionate love letters to the Duke of Buckingham telling him how much he longed to throw his legs around him, which rather negates any counter-arguments about the King's sexuality. Serious questions have also been raised by some historians about the sexuality of King William Rufus (r. 1087 - 1100), Richard the Lionheart (r. 1189 - 1199), William of Orange (r. 1689 - 1702) and Queen Anne (r. 1702 - 1714.)

So far, the English monarchy has produced four royal saints. The first is a minor Anglo-Saxon king, known as Saint Edward the Martyr, after he was murdered by pagans in the 10th century. King Edward the Confessor, who ruled from 1042 until 1066 and built Westminster Abbey, was made a saint for his deep religious convictions by Pope Alexander III in 1161. Princess Margaret, married to King Malcolm III of Scots, was made a saint by Pope Innocent IV in 1250, 157 years after her death. King Charles I, who fought the Civil War and was executed in 1649, is the only man to be made a saint by a Protestant church in the post-Reformation era. The late King was declared a Saint and Martyr by the Church of England in 1660, following the restoration of the monarchy. His feast day is January 30th, the anniversary of his execution.

The first Protestant monarch was Henry VIII's son, King Edward VI, who became King of England and Ireland at the age of nine in 1547 and died six years later of consumption in 1553. A zealous evangelical, the young King enjoyed spending hours attending long sermons preached by the leading Protestants of the day.

The last Catholic member of the ruling house was Maria-Beatrice of Modena, an Italian princess who married the future King James II in 1676. Beautiful and charming, she did her best to reassure her husband’s mostly-Protestant subjects that she bore no ill will towards their religion or culture, including being crowned by a Protestant bishop in 1685. However, she was forced into permanent exile in the wake of the "Glorious Revolution" and the Battle of the Boyne and died in Paris as a guest of the French Royal Family in 1718. Following her husband's deposition, a law was passed forbidding any Roman Catholic to be in the line of succession to the British throne, or married to anyone who was in line. The law is still in place today.

Who was the "most British" royal, genetically? Due to the royal practise of marrying foreign royalty, few British rulers can actually claim to genetically represent the country they ruled. However, Elizabeth I (1533 - 1603) and who reigned from 1558 to 1603, had blood from all three nations she ruled over (England, Ireland and Wales) thanks to an unusual series of royal marriages during the century before her birth. As Elizabeth was fond of reminding everyone, both of her parents – King Henry VIII and Queen Anne Boleyn – were English. Both of Anne Boleyn’s parents, the Earl and Countess of Wiltshire and Ormonde, were English too, and furthermore both of the Countess’s parents were English. Queen Elizabeth’s grandmother on her father’s was an English princess (who was herself the daughter of an English King and his English-born queen.) Elizabeth’s grandfather on her father’s side, King Henry VII, was born in Wales, the son of a Welsh earl and an English princess. On her mother’s side, the Boleyns were distantly descended from the ancient Kings of Ulster and Anne Boleyn’s grandmother was the daughter of the most powerful aristocrat in Ireland, the Earl of Ormonde. In fact, to get any blood from outside England, Wales or Ireland, you would have to go back to Elizabeth I’s great-great-grandmothers, who included a princess of Luxembourg and a princess of France. 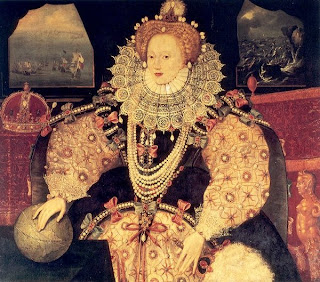