Why is our reality TV so vulgar and boring? 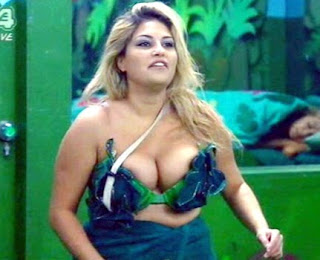 I have just finished reading a fantastic article by British actress and style icon, Joan Collins, best-known for her role as the scheming and glamorous Alexis Carrington in the 1980s soap opera Dynasty, as well as for acting opposite Bette Davis in The Virgin Queen, Richard Burton in Sea Wife, Gregory Peck in The Bravados, Paul Newman in Rally 'Round the Flag, Boys!, Bing Crosby in The Road to Hong Kong, Oliver Reed in The Big Sleep and These Old Broads, with Elizabeth Taylor and Debbie Reynolds.

Miss Collins is by no means a prude, but everything she writes about today's television and its attitudes I agree with 100%. She is not saying that everything on television should be like Lark Rise to Candleford, nor is she saying that all reality TV shows are ipso facto disgusting, puerile, artificial or stupid. She is not an intellectual snob, who hates things just because they are either popular or populist; she is not saying that everything has to be high-brow and impenetrable to the ordinary man in order for it to have some value. There's nothing wrong with something being fun for fun's sake - just look at shows like Glee, which isn't gritty, grimey, issue-y or even particularly realistic - just sheer fun. Thank goodness! You can engage with popular culture without being stupid about it - just look at movies like The Devil Wears Prada, Mean Girls or The Blind Side. All populist subjects but with really smart, sassy scripts behind them. Not everyone is an intellectual, or wants to watch brilliant and worthy movies on heavier subject matter.

However, it's a shame when so much in entertainment panders to the lowest common denominator - people's stupidity. Shows with phenomenal scripts and intellectual subject matter like Mad Men, Frasier, The West Wing, Rome and The Wire do (or did) phenomenally well - so why are we all so afraid of seeming clever? 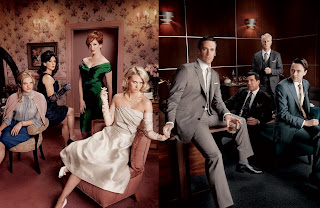 Like Miss Collins, I'm not saying that vulgarity is just to do with sex on television, it isn't. (There wasn't a single sex scene in the entire seven series of The West Wing; there barely failed to be one every seven minutes in Rome.) Vulgarity is something much worse and more insidious - it's about people being sloppily dressed, lazy, tacky and, worst of all, revelling in not being "a smart arse," or "posh". And what they mean by that, in a nutshell, is that they're proud of being stupid. Anyone who has seen the vast sea of inadequacy that annually crashes over Big Brother or the loud-mouthed, self-indulgent morons of Britain's Next Top Model will know what I'm talking about.

Whatever happened to wanting to look our best and to be charming, elegant, clever, funny, interesting or even talented? When did talent become the option, rather than a necessity?

Anyway, I enjoyed reading Miss Collins' article tremendously. It was published in today's Daily Mail and can be read here.
Posted by Gareth Russell at 15:38