Can republics be snobbier than the Monarchy? 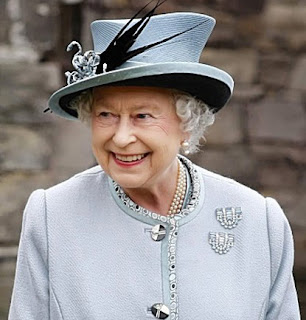 The National Post has a very interesting article upon the Monarchy and attitudes to class in Britain. Perhaps one of the things which people who aren't too well-acquainted with monarchical history will find surprising is how often various members of the British aristocracy have scorned and criticised the monarchy for being too "common". The gorgeous but fascist socialite, Lady Diana Mosley (nee Mitford), was extremely critical of the late Queen Mother, whom she rather unfairly and improbably characterised as a social climber. A little like members of the ci-devant nobility in pre-revolutionary France who criticised Marie-Antoinette for her farm at Versailles, because it was considered lacking in majesty.
Perhaps one of the most interesting points the article raises is that, contrary to popular misconception, the monarchy in Britain does not necessarily encourage snobbery and it cites the rather revealing example of how entrenched snobbery can be in the United States and France, both of them the most celebrated republics in the world and both founded, at least in theory, on the principle of equality. Historically, it's often true that "self-made" aristocracies or oligarchies, like those in the United States or, most obviously, in ancient republican Rome, can be the most precious and conscious of their status. I don't entirely know what I think of that argument, although there seems to be a lot of truth in it. In any case, The National Post raises an interesting point when it says: -

"Many commentators continue to follow Malcolm Muggeridge's argument that the monarchy is the source of class consciousness, that "the impulses out of which snobbishness is born descend from the Queen at the apex of the social pyramid, right down to the base." This neglects the fact that several countries routinely held up as progressive, egalitarian democracies - Holland, Sweden, Norway - are also monarchies. It also neglects the Olympic-class snobbery to be found in every non-royal society, from Ivy League America to the Crillon Ball crowd in Paris."

The full article can be accessed here and it's definitely worth a read. Perhaps one of the saddest and most interesting anecdotes is the tale of Queen Mary, consort of George V, obsessively pouring over her family tree and the Almanach de Gotha to see if she qualified as Rank I or II of royalty for the opening waltz at the wedding of the Kaiser's daughter in 1913.
Posted by Gareth Russell at 21:48