The Kings and Queens of Spain 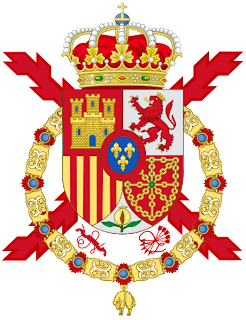 So, after posting on the Kings of France and England, here's a list of the Kings and Queens of Spain which, it has to be said, is a pretty complicated and tumultuous list.


THE HOUSE OF TRASTAMARA AND THE ORIGINS OF THE SPANISH KINGDOM

Spain was first unified by the marriage of FERDINAND AND ISABELLA, who pursued the military unification of Spain after their marriage in 1474. However, it was not until 1556 that Spain truly came to be ruled as a single monarchy and between 1474 and 1556, it technically remained a dual monarchy, with power being shared between whichever members of the royal house inherited power in Aragon and Castile, the two kingdoms first united by Ferdinand and Isabella.
FERDINAND II, sometimes known as Ferdinand the Catholic, was Ferdinand V in Castile. He was King of Aragon, Sicily, the Naples and Sardinia. He was styled King Ferdinand V of Castile jure uxoris between 1474 and 1503. He ruled as his wife's partner from 1474 to 1479 and then they co-ruled Spain together between 1479 and 1503. He was married to ISABELLA I, sometimes known as Isabella the Catholic. She ruled from 1474 to 1503. After her death, Ferdinand technically shared power in a royal triumvirate with his daughter, Juana, and her husband, Philip.
JUANA, sometimes known as Juana la loca or Joanna the Mad, was married to Philip the Handsome, Archduke of Austria, who shared power with her in Castile as King PHILIP I. Philip I co-ruled with Juana and de facto with his father-in-law, Ferdinand II, from 1504 to 1506. After his death, Juana's technical co-ruler was her son, Charles. (See below.) However, in reality all power was shared between her son and father, since Juana was subsequently incarcerated on grounds of her allegedly unstable mental health. She continued to rule as Queen of Castile, in name only, until her death in 1555.
THE HOUSE OF HAPSBURG
(1516 - 1700) 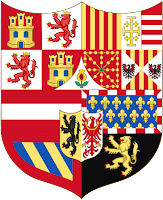 CARLOS I, more often known by his Austrian regnal name, Charles V (1516 - 1556.) He was also Holy Roman Emperor and inherited Spain through his mother, Juana, and grandfather, Ferdinand. He was nicknamed the Universal Emperor from the power he inherited from the Austrian and Spanish sides of his family. He was married to the Infanta Maria-Isabella of Portugal. He abdicated in 1556, in favour of his brother in Austria and his son in Spain.
PHILIP II (1556 - 1598.) Best known in British classrooms for launching the Spanish Armada against Elizabeth I, like her Philip's reign was called "a Golden Age" by nationalist historians in his own country. He was married four times. Firstly to the Infanta Maria-Manuela of Portugal and, after her death, to Queen Mary I, sovereign of England and Ireland. After Queen Mary's death, King Philip married Elisabeth de Valois, Princess of France and after her death, he married Archduchess Anna of Austria. He assumed the crown of Portugal in 1580.
PHILIP III, sometimes known as Philip the Pious (1598 - 1621.) He was married to Archduchess Margareta of Austria.
PHILIP IV (1621 - 1665.) It was under Philip IV's reign that Portugal declared independence from Spain. He was married to Princess Elisabeth of France and, after her death, to Archduchess Mariana of Austria.
CARLOS II (1665 - 1700.) He was married twice - firstly to Marie-Louise of Orleans and after her death, to the Countess Palatine, Maria-Anna von Neuberg. Both marriages were childless and his death led to the War of the Spanish Succession, in which the French monarchy was ultimately triumphant in placing a French prince, the grandson of Louis XIV, on the Spanish throne. They did this by virtue of the fact that both Louis XIII and Louis XIV had married daughters of the Spanish kings, which in France was taken to mean their blood-claim had devolved to their French descendants once the legitimate Spanish male line (Carlos II) died out.
THE HOUSE OF BOURBON
(1700 - 1808, 1813 - 1870, 1874 - 1931, 1975 - today)

PHILIP V (1700 - 1724, 1724 - 1746.) He was placed on the Spanish throne by his grandfather's armies and he was married twice. His first wife was Maria-Luisa of Savoy and after her death, he married Elisabeth Farnese, the heiress to the duchy of Parma. Philip V abdicated in favour of his son, Luis I, in Janaury 1724 but was forced to resume his royal duties when King Luis died of natural causes later that same year.
LUIS I (January - September 1724.) He was married to Louise-Elisabeth of Orleans.
FERDINAND VI, sometimes called Ferdinand the Learned (1746 - 1759.) He was married to the Infanta Maria-Barbara of Portugal.
CARLOS III (1759 - 1788.) He had previously been Duke of Parma and Piacenza and also King of the Naples and Sicily. He was married to Maria-Amalia of Saxony and was part of the 'enlightened despotism' movement.
CARLOS IV (1788 - 1808.) He was married to Maria-Luisa of Parma and he was forced to abdicated in 1808 in favour of his son, Ferdinand.
FERDINAND VII (March - May 1808, 1813 - 1833.) He was deposed after two months on the throne by the French invasion of Spain and restored following the retreat of Bonapartism. He was married four times. Firstly to Princess Maria-Antoinetta of the Naples, after her death he married Infanta Maria-Isabella of Portugal. Following Queen Maria-Isabella's death, King Ferdinand married Princess Maria-Josepha of Saxony and after her death, he married Princess Maria-Cristina of the Two Sicilies.
THE BONAPARTE INVASION
(1808 - 1813) 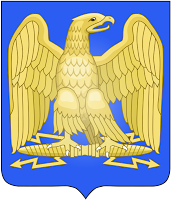 JOSEPH (1808 - 1813). He was installed by his elder brother, Napoleon, as the French-backed king of Spain, having previously served as the puppet Bonapartist ruler of the Naples. He was married to Mademoiselle Julie Clery. His reign came to an end as Bonapartism collapsed in the face of continent-wide opposition. As he fled Spain, Joseph Bonaparte allegedly stole several jewels from the Spanish royal collection, which he sold during his exile in the United States, where he settled in 1817. He returned to Europe in 1832 and died in Florence in 1844.
THE HOUSE OF BOURBON (RESTORED)
FERDINAND VII (restored)
ISABELLA II (1833 - 1868.) Her succession as a woman was opposed by the far-right of Spanish monarchism, giving rise to a strongly ultra-conservative monarchist movement called Carlism which is roughly comparable in my opinion to the Spanish version of Jacobitism. Isabella married Francesco, Duke of Cadiz, and she was forced into exile in 1868, but only formally abdicated the throne in 1870. She died in Paris in 1904. Although she abdicated in favour of her son, Alfonso, Isabella II was initially replaced on the throne by an Italian prince, Amadeus, Duke of Savoy.
THE HOUSE OF SAVOY
(1870 - 1873)

AMADEUS (1870 - 1873.) He was married twice - to Maria-Vittoria dal Pozzo and, after her death, to Princess Maria-Letizia Bonaparte. His reign was beset by conspiracies and opposition from both Carlists and republicans. In 1873, King Amadeus famously appeared before the Cortes, abdicating and proclaiming the Spanish people to be utterly ungovernable. Lake Amadeus in Australia is named after him. He returned to Italy, where he died in Turin at the age of forty-four.
THE FIRST REPUBLIC (1873 - 1874)
THE HOUSE OF BOURBON (RESTORED)
(1874 - 1931)
ALFONSO XII (1874 - 1885.) His mother, Isabella II, abdicated in his favour in 1870, but he was replaced by Amadeus of Savoy and then by a republic before being restored to the throne in 1874. He married Princess Maria de la Mercedes of Orleans. Queen Maria de la Mercedes died very young and after her death, Alfonso XII married Archduchess Maria-Christina of Austria. Queen Maria-Christina was pregnant when her husband died in 1885 and she assumed the regency of Spain, giving birth to King Alfonso XIII six months later.
ALFONSO XIII (1886 - 1931/1940.) He became King of Spain at birth and married Princess Victoria-Eugenie of Battenberg, sometimes known in Spain as Queen 'Ena.' He was initially very popular and was instrumental in establishing the Spanish tourist and soccer/football industries. He was overthrown by a left-wing uprising in 1931 and fled to France. However, he did not formally abdicate until 1940. He died in exile in Rome in 1941, aged fifty-four. In royalist circles, he was deemed to have abdicated in favour of his fourth son, the Count of Barcelona. King Alfonso and Queen Victoria-Eugenie had three elder sons - Alfonso, Jaime and Ferdinand - but the crown prince, Alfonso, had been a haemophiliac who was killed in a car crash in Miami-Dade county, Florida, in 1938; Jaime, Duke of Segovia was a deaf-mute who had renounced his rights to the Spanish throne and the Infante Ferdinand had died at birth in 1910.
THE SECOND SPANISH REPUBLIC (1931 - 1939)
THE REGIME OF GENERAL FRANCO (1939 - 1975)
THE HOUSE OF BOURBON (RESTORED)
(1975 - present day)
JUAN CARLOS I (1975 -) The current King is a grandson of King Alfonso XIII and he is credited with maintaining the system of constitutional monarchy in Spain since coming to power in 1975. He is married to Princess Sofia of Greece and Denmark and the heir to the throne is Philip, Prince of Asturias, who is married to Princess Letizia. The current titles of His Majesty King Juan Carlos are: - His Majesty King of Spain, of Castile, of León, of Aragon, of the Two Sicilies (Naples and Sicily), of Jerusalem, of Navarre, of Granada, of Toledo, of Valencia, of Galicia, of Majorca, of Seville, of Sardinia, of Córdoba, of Corsica, of Murcia, of Menorca, of Jaén, of the Algarves, of Algeciras, of Gibraltar, of the Canary Islands, of the Spanish East and West Indies and of the Islands and Mainland of the Ocean Sea, Archduke of Austria, Duke of Burgundy, of Brabant, of Milan, and of Neopatra (New Patras), Count of Hapsburg, of Flanders, of Tyrol, of Roussillon and of Barcelona; Lord of Biscay and of Molina.
Posted by Gareth Russell at 00:52