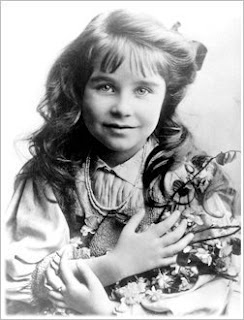 When Queen Elizabeth the Queen Mother died on Easter Saturday 2002, she was one hundred and one years old. She had outlived all of her brothers and sisters, her parents, her husband (by half a century) and her youngest daughter. Her eldest daughter, also called Elizabeth, had already reigned as the British sovereign for fifty years. Across the nation, television broadcasts were immediately stopped to make the official announcements, although the original BBC newsreader made a huge faux pas when he forgot to don the usual black tie, in his haste to make it to the studio.

The Queen Mother had been born the Honourable Elizabeth Angela Marguerite Bowes-Lyon, the ninth child of Lord Bowes-Lyon and his wife, Cecilia Cavendish-Bentinck. Elizabeth's father, Lord Bowes-Lyon (Claude), was an old Etonian, soldier and heir to the Earl of Strathmore and Kinghorne - one of the grandest titles in the Scottish aristocracy. Her mother, Cecilia, Lady Bowes-Lyon, was an elegant and deeply religious socialite. Claude and Cecilia Bowes-Lyon had been happily married for nineteen years, when their fourth daughter, Elizabeth, entered the world. Before her, they had averaged a child for every two years of their marriage and Elizabeth joined seven siblings - Mary, Patrick, John, Alexander, Fergus, Rose and Michael. Her eldest sister, Violet, had died seven years earlier at the age of eleven, as a result of diptheria; Lady Cecilia had been heartbroken.

When Elizabeth was four years old, her father became the new Earl of Strathmore and Kinghorne - the fourteenth member of the family to hold that title since it was given to them by James VI in 1606. This meant the family now had several homes and a substantial private fortune. Their main home was the magnificent, if slightly terrifying, Glamis Castle in Scotland - which Shakespeare buffs will remember as the home of Macbeth. There was also a Baroque stately home in Durham called Streatlam Castle, which they visited infrequently. Their favourite home a very pretty country house at the gloriously English-sounding St. Paul's Walden Bury, where Elizabeth spent most of her childhood. She was described as "an exceptionally happy, easy baby: crawling early, running at thirteen months and speaking very young." She was close to both of her parents, especially her mother Cecilia - from whom she acquired her strong Protestant faith. Elizabeth was also particularly close to her childhood nanny, Clara Cooper Knight, and to her youngest brother, David, who was born in 1902.

Surprisingly, given that she is the mother of the current Monarch, Queen Elizabeth's birthplace is something of a mystery to us. The 1901 census listed her place of birth as being at her family's country house at St. Paul's Walden Bury; her friend, Lady Cynthia Asquith, repeated this in a book she published in 1927. However, in a letter to an astrologer friend in 1978, the Queen Mother told him that she had actually been born in London; something which the Press Office at Buckingham Palace confirmed. Another version of events, which may square the circle, was that she had been born in an ambulance or at the home of the family doctor, Dr. Bernard Thomas G.P.

At the time of Elizabeth's birth (wherever it was), the Bowes-Lyon family lived a life of great privilege. Like most of their class, they had a veritable tribe of servants, numerous homes and all the mod-cons in electricity, travel, medicine and comfort which solidified the huge gulf between the social classes at the turn of the century. As the youngest, and very pretty, daughter of an earl, Elizabeth could confidently expect to exist in this world for the rest of her life, much like her mother and ancestors had done before her. She would spend her childhood travelling between her family's houses; then, at sixteen she would be launched into London Society as a debutante where, after a few years of parties and parental match-making, she would announce her engagement to an eligible young man from a similarly aristocratic background No-one, of course, could have predicted that Elizabeth would marry into the royal family or that the twentieth century would bring about unheard-of changes that helped destroy the Brideshead Revisited-esque world into which she had been born.

To give an idea of how extraordinarily long Elizabeth's life was, it's worth considering that when Elizabeth was born, the ruler of Britain was still Queen Victoria. There had never been a world war. The Titanic was a full decade away from being built. There were only three republics in all of Europe. Countries like Czechoslovakia, Northern Ireland or Yugoslavia had not even been thought of. All of central Europe was still dominated by the empires of centuries-old royal families like the Austrian Hapsburgs. The German nation itself had only existed for three decades. Communism was an abstract theory that no-one ever expected to see implemented. Women still did not have the vote. The only way to cross an ocean was by ship; aeroplanes had not been invented. Russia was still a monarchy and its tsarina had just fallen pregnant with her youngest daughter, Anastasia, whose name was to become a legend in Elizabeth's own lifetime because of the rumours she had survived the Russian Revolution that killed the rest of her family. Elizabeth herself was to live through two world wars, the Titanic disaster, the sinking of the Lusitania, the Russian Revolution, the partition of Ireland, the Great Depression, the Holocaust, the political career of Winston Churchill, the decline of the British Empire which, when she was born in 1900, was the largest empire in humanity's history; she would outlive the Cold War, the 'swinging sixties,' (one can imagine what she made of it), the entire career of Margaret Thatcher, all of the Northern Irish Troubles, multiple economic booms, then recessions, the death of Princess Diana and the rise of the Internet. When she was born in 1900, her house did not have a telephone; television had not been invented. She lived longer than the entire Soviet Union.

The little girl, who lived so long, was eventually to become one of the great stars of the British monarchical show. Hitler allegedly called her the "most dangerous woman in Europe," because of the job she did in bolstering British morale during the terrible years of the Blitz. Her admiring biographer, William Shawcross, wrote of her, "The core of her popularity and the major feature of the second half of her life was surely her permanence, both in her principles and in the pattern of her life. As she grew older, she showed great courage in not allowing the infirmities of her years to compel her into retirement. There was something immensely reassuring in her insistence on carrying out her commitments year after year, and the stamina which enabled her to do so. Britain changed enormously but she remained constant. This had particular resonance for all those who were feeling rudderless in the wake of the immense social upheavals of the late twentieth century. Her high spirits and her love of traditions and the quirkiness of Britain were an inspiration to millions."

Two slightly more critical chroniclers were the historian Piers Brandon and the Labour MP Philip Whitehead, who wrote a ruthlessly unsentimental but very good history of the royal family - The Windsors: A Dynasty Revealed, in 2000. They wrote of Elizabeth's later life, "While eating, surrounded by a galaxy of crowned heads and waited on by a bevy of liveried footmen, the Queen Mother could happily exclaim: 'Look at us. We are just ordinary people around the table having an ordinary lunch.' Her political views were pickled in the past. 'Never trust the Germans, never trust them,' ... [she said] in 1991. [For her 100th birthday in 2000], the Thanksgiving Service at St Paul's was a magnificent affair but it was said that the Queen Mother would spend her actual hundredth birthday itself quietly with family and friends. What this meant was that she processed to Buckingham Palace accompanied by two military bands and a mounted escort of the Blues and Royals. And she received a 41-gun salute." But elsewhere in their book, Brandon and Whitehead acknowledged that Elizabeth Bowes-Lyon had become a secret and invaluable weapon to the British monarchy - particularly once her husband unexpectedly became King George VI when his brother abdicated in 1936. That she had also played an invaluable role in ensuring the survival of the institution. They write, "When King George came to the throne a new star was born - his Queen. Brilliantly displaying those essential but barely compatible royal attributes - majesty and the common touch - she was, says John Grigg, 'beautiful, charming, sweet, affectionate, almost cuddly'. But she also exuded regal dignity on the public stage".

Born in 1900, and outliving the entirety of the twentieth century, Queen Elizabeth the Queen Mother was one of the most popular members of the British royal family at the time of her death in 2002. 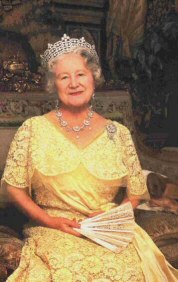