Taking a SHORT break from the Tudors 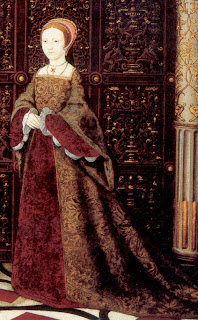 Regular, or even casual, readers will know that quite a bit of this blog is given over to discussion of the Tudors and sixteenth-century England. It's an endlessly fascinating era in human history and I've enjoyed, tremendously, sharing it  and discussing ideas, theories and feelings with people from across the world. I have enjoyed it tremendously, that is, until quite recently. When I see another e-mail about the Tudors, I wince slightly. And, believe me, one of the best things about this blog has been reading the comments the readers leave. They are a frequent highlight of my day or week. So it's not because I've lost my appetite for blogging in general, blog-writers, blog-readers or for Tudor history, but because so much of what's been online in the last few months, particularly about the Tudors and Plantagenets, has been aggressive or just downright stupid. Not in what they're saying about the Plantagenets or Tudors, but about the people who write, read or just have an opinion on them. A few illustrative examples: in the last few weeks, I have seen a good friend personally insulted because she dared to take issue with somebody's theory about Anne Boleyn's childhood. I saw a biography by a writer I respect and like very much shredded apart in an Amazon review, by someone who actually admitted that they'd hadn't read it. I myself have been inundated with e-mails and comments from people calling themselves "Ricardians," who don't believe me when I say that I was demonising neither them nor King Richard III. I was just expressing an opinion about how inappropriate I found the idea of a state funeral for him, for a variety of reasons. Mostly though, I'm just bored by the comments - smug, know-it-all or vicious - that are left all over the web by Tudor enthusiasts, particularly by those who choose to remain anonymous. It's a shame, because the majority of people I've met over the web who share a passion for Tudor history have been funny, intelligent, thirsty for knowledge and passionate. Some of the best articles I've written have been because I've been spurred on my this community's love for their chosen topic; some of the best opportunities I've had in my career have come from people who are excited by history. That's why I'm taking a short break; to clear my head of the nonsense and re-focus on what's so fantastic about this subject.
It was maybe the poisoned venom of the unnecessarily vicious book reviews that became the straw that broke the camel's proverbial back and made me decide to take a break from writing about the Tudors for a while. Maybe it's something that only someone who's a published writer themselves can fully understand; I don't think it is (although God knows I didn't quite grasp what it felt like to be the victim of an unfair review before my own book came out last July.) Bad reviews are par for the course - they come with the job and, let's face it, some of them are right. But unfair reviews are a different kettle of fish; they are something far more unpleasant. I did not agree with G.W. Bernard's 2010 biography of Anne Boleyn, but at least I read it and when I did review it, I pointed out what I did not agree with, a few editorial flaws and then acknowledged what was praise-worthy in his book. I don't know at what point so many people stopped being civil to one another, but it seems that the ill-mannered viciousness that runs through the Tudor royals' stories also runs through far too many of their modern-day fans. You can disagree with an idea and make that clear without belittling the writer. You can disagree strongly, even passionately, but stick only to the criticisms that are fair; the ones that actually merit getting angry over. Don't make things up or pick on things that aren't reflective of the book, e-book, article or blog-post. I know how much blood, sweat and tears goes into, or should go into, a book. It is far, far more work than one might expect and far more than I expected when I began writing for a career. You pour so much time, but also so much of yourself, into your books that while you don't expect people to like them, it's difficult not to feel angry on any writer's behalf when people dismiss them for reasons that aren't fair. I remember I was guilty of doing it when I was eighteen, in some thoroughly unpleasant reviews that I'm now ashamed of. Slating a bad movie is one thing, but shooting down a singular author seems somehow ungallant. I always think to myself: what if the author's checking their Amazon page or their GoodReads? I know they signed up for this when they became a writer, but is there really any need to insult a writer - or a blogger - and ruin their day? Manners, as they say, cost nothing.
Maybe this sudden decision has got nothing to do with Tudor enthusiasts, though? It's possible that I've just reached saturation level and that I need to clear my head before I return to researching a biography I'm working on of Henry VIII's fifth wife. Maybe my fatigue has made me less tolerant of the constant hustle of Tudor popular history? Maybe I'm only noticing how vicious it can be - sometimes - because now I'm actively looking for it? Who knows? Either way, it seems like it's time for a quick break from blogging about them, so I can focus on promoting my second novel, which is due out next week, and return to privately writing about the Tudors for my agent with impartiality, speed and to the best of my abilities.


I'll still be blogging about other topics, too, and Catherine should prove good company in the interim.
Posted by Gareth Russell at 00:14