Medical Team Slaughtered by the Taliban in Afghanistan 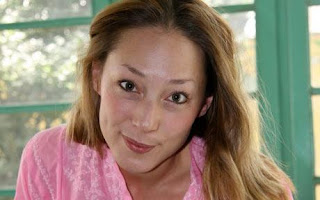 Above: Dr. Karen Woo, a British national, who was murdered today in Afghanistan

"Ten members of the Christian medical team — six Americans, two Afghans, one German and a Briton — were gunned down in a gruesome slaughter that the Taliban said they carried out, alleging the volunteers were spying and trying to convert Muslims to Christianity. The gunmen spared an Afghan driver, who recited verses from the Islamic holy book Quran as he begged for his life."
- A.P. News Report

"The expedition will require a lot of physical and mental resolve and will not be without risk but ultimately, I believe that the provision of medical treatment is of fundamental importance and that the effort is worth it in order to assist those that need it most."
- The late Dr. K. Woo


A medical team was lined up and shot by Taliban terrorists in the Badakhshan provice of Afghanistan, it has been confirmed.

It is a terrible and senseless tragedy, reminding us - as if any was needed - of the sheer, appalling barbarity of the Taliban and of the courage of those, from both Afghanistan and the rest of the world, who go out to try and assist many of those whose lives are still being ruined by the fanaticism and cruelty of the Taliban.

It is also deeply, deeply sad to think of ten families tonight who are grieving and my thoughts and prayers are with them, for whatever they are worth.

The story is being carried by the Associated Press here and The Daily Telegraph here.
Posted by Gareth Russell at 03:10