"A well-formed woman of middle height, with a short and slender neck" 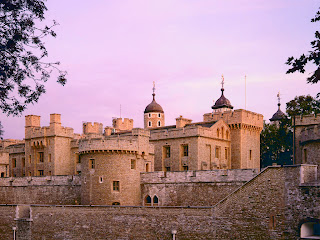 “The bones found in the place where Queen Anne Boleyn is said to have been buried are certainly those of a female in the prime of life, all perfectly consolidated and symmetrical, and belong to the same person... The remains of the vertebrae, and the bones of the lower limbs, indicate a well-formed woman of middle height, with a short and slender neck. The ribs show depth and roundness of chest. The hands and feet bones indicate delicate and well-shaped hands and feet, with tapering fingers and a narrow foot.”

- The 1876 pathology report on the remains said to be those of Anne Boleyn, Queen of England
Claire Ridgway at The Anne Boleyn Files discusses the 1876 exhumation of the bodies buried in Saint Peter-ad-Vincula's, amongst them the alleged remains of Anne Boleyn.
Posted by Gareth Russell at 19:45