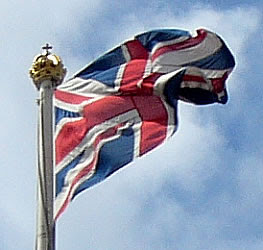 "[Irish]Republicans often ask how can they persuade Unionists to think more positively towards their 32 County Nirvana. With British Unionists, they’re genuinely wasting their time- our long term aim is not to ensure the survival of a religious faith but to help the Northern Irish enjoy the same kind of social and cultural freedom enjoyed by our fellow citizens in the rest of the UK."

The above quote is taken from a brilliant on-line article from the blog A Pint of Unionist Lite, which reflects upon the recent pronouncement by Rev. Foster, a former political ally and then an opponent of Rev. Ian Paisley, once he felt Dr. Paisley had become too liberal. Yes, you heard me.

The comments were made in the Newsletter's Unionism 2021 series, reflecting what a broad church Unionism has become now that the centenary of the Partition of Ireland, which was so frequently described as a short-term aberration in Ireland's history, is a mere eleven years away.

Basically, Rev. Foster declared that the United Kingdom is an unholy place and has thus sacrificed the loyalty that the people of Ulster placed in it 100 years ago. The good Reverend writes: "Now its secularism, its multi-faithism, its hatred of all things scriptural, its abandoning of the moral standards considered sacrosanct but a generation ago, and its embracing of the aspirations of those regarded deviants until recently, make it as uninviting as was Sodom to Abraham."

Ah... what would Unionism be without the token pint of crazy?

Thankfully, the writer of A Pint of Unionist Lite captures exactly what I think of this kind of statement and it's refreshing to read someone whose Unionism correlates so closely with my own.

"The Newsletter's Union 2021 series has encapsulated the good, the bad and now, the downright barmy of N.Irish political opinion:

"That which motivated the opposition of the majority of our forefathers to home rule in the 1880s was a love for the Gospel and its mercies.

They believed that it would entail the enthroning of Roman Catholicism and undermining of their civil and religious liberty. Their fears were summarised by the maxim "home rule is Rome rule!" and expounded in the Ulster Covenant of 1912.

The clinging to Great Britain by Ulster Protestants in 1921 was seen by them as a parallel to Ruth clinging to Naomi, when bidden by her to return to Moab, (Book of Ruth 1:16-17).

They sought the preservation of their Protestant faith primarily by this political alignment.

And an enormous, ear-splitting "Hurrah" for that! ... The United Kingdom's secularism, multi-faithism, by definition, need not logically follow onto a "hatred of all things scriptural". Liberal secularism, in a British context, permits the likes of Rev Foster and fundamentalists of all religions to propagate their views in the public space, as long as they keep within a fairly liberal (there's that word again) set of laws.

What it doesn't permit is for the proponents of those views to eliminate all other voices from that public space. An example to illustrate what I mean: as far as I am concerned, Christian and other religious fundamentalists are fully entitled to give us their opinion on women’s reproductive rights; they should not be entitled in a modern democracy, however, to force those views on every member of that society, irrespective of that member's personal opinion, beliefs or circumstances.

The truth is a union with a Great Britain grovelling before those who open "their mouth in blasphemy against God", provides no prospects of comfort to those who love the Word of God.

Rather, it is a threat.

... All the things Foster rails against in the modern United Kingdom, I, as a Unionist, see at worse as harmless, at best as positive advantages for our nation. That makes me at core a British N.Irishman, Rev. Foster a protestant Ulsterman.

Republicans often ask how can they persuade Unionists to think more positively towards their 32 County Nirvana. With British Unionists, they’re genuinely wasting their time- our long term aim is not to ensure the survival of a religious faith but to help the Northern Irish enjoy the same kind of social and cultural freedom enjoyed by our fellow citizens in the rest of the UK. With the likes of Foster, I’m really not so sure. Guarantee them their tribal homeland, a Prodistan where swings are forever locked up on Sundays and where the only good pub is a closed one, and you just might have a chance.

For the full article, click here.
Posted by Gareth Russell at 21:58