"The Fair Maid of Brabant": The Life of Adeliza of Louvain, Queen of England 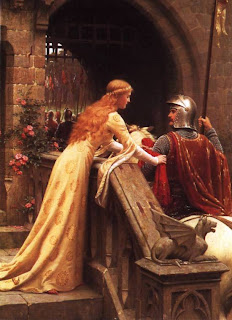 “It has not been granted to you from Heaven that you should bear a child to the King of the English… Perhaps the Lord has closed up your womb.”
- Hildebert, Archbishop of Tours in a letter to Queen Adeliza 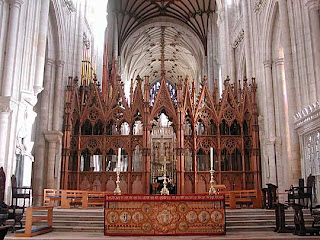 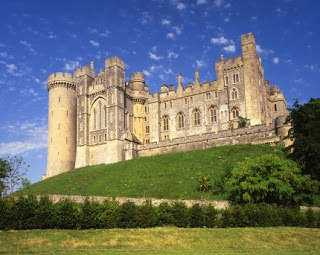 Having acted like almost nothing more than a pretty doll next to her first husband, Adeliza’s second marriage seems to have been on a more equal footing. Despite his loyalty to King Stephen, William did not force Adeliza to abandon her friendship with the Empress and, in return for William’s devotion to his cause, the King was prepared to overlook his wife’s affection for his rival. He later ennobled William as Earl of Lincoln and later as Earl of Arundel, giving Adeliza yet another title, although she showed herself fairly reluctant to abandon the original one and she was still being referred to as "the Queen of Louvain" by her contemporaries for the rest of her life. Titles mattered to the pre-modern eyes, not just to their incumbents but also to everybody else. Society was hierarchical and flying in the face of that did not endear you to anybody. When Henry VIII's younger sister was widowed by the King of France, she married for love (or lust) to the handsome Duke of Suffolk and, despite the fact that she clearly loved her new husband a dozen times more than she did her old, she was still referred to as "the French Queen" by courtiers in London - so Adeliza's retention of the title of Queen Dowager should not be read as a slight of William, but rather as conforming to the expectations of her class.
Then, throughout the national misery of the 1130s and 1140s, Adeliza found yet more happiness with William. At long last, she was pregnant. Baby Raynor was followed in the d’Aubigny nursery by William, Henry, Geoffrey and their three sisters, Alice, Olivia and Agatha. Having spent years without any baby bump as queen, as a countess Adeliza was now the mother of seven children. It is one of those improbable occurrences that can make history more interesting than any fiction and through these children, William and Adeliza were to become ancestors of some of the great houses of the English and Irish nobility.
By the end of 1150, despite the fact that she was still only in her late forties, Adeliza’s health began to fail. Sensing that her death was near, she bade farewell to her husband and children and returned to her native Brabant, entering the convent at Affligem in order to spend her final weeks making ready to meet her God. She died at the height of spring in 1151 and William did not re-marry.
Adeliza of Louvain, one-time Queen of England and Countess of Arundel, was buried next to her first husband, the late King, because that was the appropriate thing to do and, as Adeliza had shown through a political career, the needs of propriety were something she had always put first. Whatever it might have cost her, Adeliza held the duties of being a queen seriously. Yet, if in the early part of life and in the elaborate pageantry of her death, she had always done what was expected of her, there is nonetheless something equally magnificent about the balance Adeliza achieved in the middle. In a wholly unlikely set of circumstances, she had married for love to a noble and courageous man and, with him, she had the family she had always wanted and, in a curious twist of fate, her descendants would one day wear the crown of the Queens of England again. These women, whose names were Anne Boleyn and Catherine Howard, were to descend from the offspring of Adeliza’s second marriage and, like their famous ancestor, they too were to feel the agony of being unable to produce a son for the King of England. Unlike Adeliza, however, for them there was no happy ending. Today, another of Adeliza and William's descendants, Catherine, Duchess of Cambridge, born Catherine Middleton, is a member of the Royal Family by marriage and it is to be hoped that she will find the same level of happiness with her William that Adeliza found with hers.
Posted by Gareth Russell at 01:27