"It gets better": Texas city councilman gives an emotional speech about teen bullying and suicide 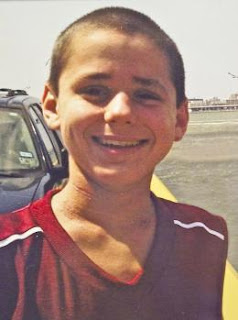 I am really pleased and excited to hopefully be visiting the Trevor Project during my visit to America in November to hear them speak about the appalling cases of suicide and bullying amongst the adolescent gay or lesbian population of the United States. It is a situation which is particularly important and personal to me, because I happen to be writing about it right now and while I am happily not writing a story that involves suicide or self-harm, it is certainly a difficult thing to write about, nonetheless.
Of course, all bullying - especially when it becomes merciless, unremitting or physical - is to be deplored; all of it is tragic. The rise of suicides amongst American teenagers who either are or perceived to be gay is something that indicates within that specific segment of the population, bullying is becoming an endemic problem - the current number of celebrities working with the Trevor Project include Daniel Radcliffe, Kathy Griffin, Ellen DeGeneres, Neil Patrick Harris, Jay Manuel and Anne Hathaway, amongst others. They are all seeking to speak directly to the victims and to convince them that it does get better. If only 13 year-old Asher Brown had known that, before he put his father's pistol to his head and pulled the trigger.
The current spate of suicides or attempted suicides amongst young girls who have been targeted by a sustained bullying campaign of intimidation, which began to include cellular phones, Facebook and MySpace, is another worrying - rather, horrifying - trend, as the recent case of the suicide of Irish transfer student, Phoebe Prince (15), shows all too well.
All children get teased - myself included. But, for it to reach the stage where suicide is contemplated suggests that schools are fundamentally failing in their duty of pastoral care and if they are failing because they personally don't approve of homosexuality and are therefore loathe to correct the bullies, then may God forgive them. I'm inclined to think, or hope, that the latter is not the case - I hope that these schools are lethally incompetent, rather than lethally cruel.
My heart goes out to these young adults and, in some cases, children and I am not one of those who has a sufficiently bleeding-heart to say that I also feel sorry for the bullies, too. I don't. I feel nothing but contempt and disgust and as un-Christian as it sounds, for those who have been responsible for these suicides - I hope they have to live with that guilt until the day they die. What they did was beyond reprehensible.


I came across this video on the blog It seems to me, run by the Director of Pastoral Events for the Marin Foundation, which is a Christian organisation. It is from a Texas city councilman called Joel Burns, who speaks movingly about the recent spate of suicides. It is a very emotional speech and I applaud the Councillor for feeling strongly enough about the issue to share so much of his thoughts and feelings.
For Councillor Burns's speech in Fort Worth, Texas, please click here.