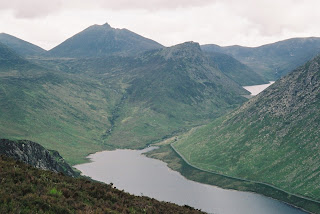 The Mountains of Mourne in the south-east of Northern Ireland are usually far more famous for their beautiful scenery, which inspired Northern Irish author, C.S. Lewis, to create the mythical land of Narnia in his seven-part children's series The Chronicles of Narnia, first published between 1950 and 1956. However, at 4 o'clock on Saturday afternoon, near the tiny village of Leitrim, an Agusta helicopter went down, with the loss of three lives.

The  helicopter, which had been privately hired, had taken-off from Saint Angelo airport in Fermanagh, in the western half of Northern Ireland, earlier in the afternoon, bringing two guests home from a hunting week. Amongst those killed was Charles Stisted (47), captain of the Guards Polo Club in Windsor, and a close personal friend of His Royal Highness the Prince of Wales.

Following news of the crash, the Police Service of Northern Ireland helicopters were quick on the scene where, not long after, they confirmed that the pilot, Mr. Stisted and his passenger, had sadly been killed on impact.

South Down MP, Margaret Ritchie, the leader of the Social Democratic and Labour Party (SDLP), said "The local community is in absolute shock, but their thoughts are with the families and friends of the victims. Their thoughts and prayers are with them. What should have been a happy occasion has ended in tragedy."

In London, Clarence House issued the following statement on behalf of Prince Charles, his wife and his sons, after hearing the news of Mr. Stisted's death:  "The Prince of Wales, The Duchess of Cornwall, Prince William and Prince Harry are all shocked and deeply saddened by this terrible tragedy. Their Royal Highnesses' thoughts and prayers are with the families of those killed at this dreadful time."
Posted by Gareth Russell at 15:17