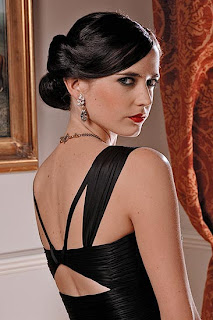 Media outlets in France and online have confirmed that a new movie based on the novel Les Adieux à la reine is going into production in Paris. The novel, written by the acclaimed historian and sociologist, Professor Chantal Thomas, author of the non-fiction book La Reine Scélérate: Marie-Antoinette dans les pamphlets, was first published in France in 2002 and it later won the prestigious literary award, the Prix Fémina. Les Adieux à la reine was published in English in 2004 as Farewell, my Queen.
The novel essentially takes place over the final three days of life at the Palace of Versailles and it is told through the eyes of a palace servant, Agathe-Sidonie Labourde, a deputy Reader in the household of Queen Marie-Antoinette. The novel begins, after a prologue set years later in Vienna, as Agathe attends early morning Mass before journeying to the Petit Trianon to read from a selection of works, which she has lovingly selected, whilst the Queen relaxes and takes her morning coffee. She reads from a pastoral comedy by Marivaux, the sermons of the late Bishop Bossuet (as per her late mother's instructions, Marie-Antoinette hears readings from pious works at least once every day) and finally, much to the Queen's delight, Agathe also reads from the latest issue of Magazine of New French and English Fashions. The slow, easy pace of life at Versailles at the height of summer is captured beautifully, masking the political intrigues festering throughout the palace and the nation at that time; it is only Agathe's careful notation at the top of each short chapter which alerts the reader to the fact that today is, in fact, July 14th 1789.
From there, the novel rapidly degenerates into something far more sinister as Agathe recounts the moment the giant court apparatus of etiquette and tradition fell apart, with strange whispers being heard, soldiers fleeing and aristocrats, courtiers, priests and servants wandering around the cavernous palace in the dead of night, unsure of who they are bumping into and desperate to acquire some news of what exactly is happening in Paris, which seems to be on fire in the distant horizon. Thomas does not ridicule the alien - and often bizarre - world of Versailles, but rather she embraces its values and makes the reader see through the eyes of Agathe and her generation. One of the novel's most powerful moments comes when, for the first time in her life, Marie-Antoinette stands in front of a door and it doesn't open automatically for her. Later, when she is standing before the entrance of the abandoned Hall of Mirrors, Agathe is struck dumb with terror and revulsion at the realisation that there is no usher to formally announce the Queen's arrival. It's an amazing technique, which fully captures the claustrophobic world of Versailles during the three terrifying days when the absolute monarchy in France effectively vanished forever.

According to Internet reports, director Benoît Jacquot is assembling an all-star cast for Les Adieux à la reine, which will be shot in French and at Versailles. So far, the confirmed actors include 25 year-old actress and model, Léa Seydoux, who played Queen Isabella of Angoulême in last year's Robin Hood, Academy Award nominee Gérard Depardieu and the extraordinarily beautiful, Eva Green (above.)


Having read the book, however, I'm fairly certain that at least some of the speculations about who exactly each actor will be playing are incorrect. 61 year-old Depardieu is far too old to play the 34 year-old King Louis XVI, as one article suggested; given the novel's story, I'd say it's far more likely that he could end-up playing the eccentric Captain de Laroche, the custodian of Versailles's menagerie - basically, the royal zookeeper. The King, in any case, does not appear very often in the story, since most of the drama is situated within the Queen's Household or the wider Court, rather than the government or Household of the King.

Seydoux probably will be cast as Agathe, which means they'll be reducing her age (Agathe is in her 30s by the time the novel starts, although seems much younger.) However, I'm quite sceptical about the claim that Eva Green has been cast as Marie-Antoinette. Although, maybe they're dyeing her hair?
I could be completely wrong, but given her hair colour and physical appearance, it would make a lot more sense for her to have been cast as Gabrielle de Polignac, the queen's confidante, who, unlike Marie-Antoinette, does not exactly come out of Les Adieux à la reine smelling of roses. Beautiful but chilly in the novel, the dark-haired and exquisite Gabrielle would make far more sense as  a casting choice for Green. Plus, Gabrielle is one of the novel's major characters and its characterisation of her, whilst not necessarily as sympathetic as the one you would find in Elena Maria Vidal's Trianon or as fanciful as the one offered by Sofia Coppola's Marie-Antoinette, is certainly fascinating.
Anyway, I could be wrong, entirely; it's pure guesswork. Having read Les Adieux à la reine, however, I am really excited to see it being brought to the screen and to see who's playing whom. Les Adieux à la reine is a dark and quite moving novel, which will hopefully make an amazing movie. And - I'm very glad the French are making it.
Posted by Gareth Russell at 23:07