The Beginning of the End for Lady Jane Grey 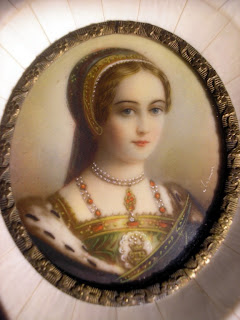 “By this time news was brought that Sir John Williams was also proclaiming Queen Mary in Oxfordshire. From that time forward certain of the council, that is, the Earl of Pembroke and the Lord Warden sought to go out of the Tower to consult in London, but could not as yet.”
- From The Chronicle of Queen Jane, and of Two Years of Queen Mary

The Mary Tudor: Renaissance Queen blog continues its excellent anniversary posts on the rise to power of Mary Tudor in the summer of 1553, with an account of 13th July, when the first serious cracks in the regime of Lady Jane Grey (above) began to appear.
Posted by Gareth Russell at 00:59