The Cost of the Monarchy 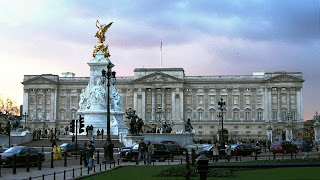 Generally speaking, I dislike the "penny pinching" attitude towards the monarchy in this country - or any government, in fact. In this case, it's not monarchy-specific. Realistically, unless it's some bloated Mugabe-esque dictatorship, it's almost impossible for the office of the Head of State and its expenditure to "cripple" a nation's finances. Lurid and inaccurate historical fantasies of the cost of running Versailles in the days before the French Revolution have convinced subsequent generations that monarchies are not just financially wasteful, but ruinously so. (That Versailles and the entire mechanism of the monarchy throughout the federalist structure of France accounted for less than 6% of the national budget in 1788 - admittedly grossly high by the standards of any other contemporary or subsequent monarchy - is a fact either unknown or wilfully overlooked.)

Frankly, I don't really care how much the monarchy costs and if the country ever gets to the stage where it can't afford the Royal Household, then we'll probably have much bigger problems than some squabble over hereditary succession. No-one suggests the United States does away with Presidential inaugurations, the expense of four year presidential elections, the enormous White House security budget or Air Force One because they're too "expensive" and I've never understood the insistence of the British republican movement about fixating on the cost of the monarchy, all of which seems to me to reflect a desire to want to run the Office of the Head of State in this country like a regional branch of the Civil Service - namely as drab, colourless and cheap as possible.

As ever, it turns out it's the "cheap" things that cost the most - modern republics are often far more expensive to run, bizarrely, than most modern monarchies. And the Royal Family's accounts for this year reveal that the Household is costing the average British taxpayer just under 67p per year.
Posted by Gareth Russell at 03:51