The Finnebrogue Estates in Northern Ireland 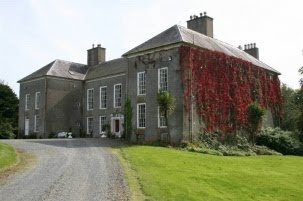 Lord Belmont in Northern Ireland offers a fantastic account of one of the oldest and finest homes of the Protestant Ascendancy in Ulster - Finnebrogue.

The estate and the area, which lies near to my old school and was once owned by the Perceval-Maxwell family, is also famed for its production of the finest venison in the Province.

It's proved particularly interesting because I am working on a television script based on life amongst the Ascendancy in Ulster in the years surrounding the Partition of Ireland. Many of the show's characters will be real, including the designer of the Titanic, Thomas Andrews, who was himself part of the Ascendancy and various real-life politicians like Sir Edward Carson, Viscount Brookeborough, the fabulous Marchioness of Londonderry and the celebrated Jewish-Unionist, Sir Otto Jaffe, who twice served as Lord Mayor of Belfast. However, the show's main characters will be fictitious and the plan is for most of the story's fictitious families to have titles that did, in fact, once exist in the Irish aristocracy, but which had died out by the time the story commences (1911.)

In relation to Finnebrogue, one of the supporting characters - Helena FitzEustace - is the daughter of Baron Portlester (the real Portlester title died out in the reign of King Henry VII) and in the story, Helena marries Lord Wingfield Cromwell, the heir to the earldom of Ardglass. The Earls of Ardglass were Cromwells (from Thomas's side, not Oliver's) and the real family founded the area on which my school now stands. However, in reality, the Ardglass earldom died out in the reign of King James II, when the last earl, Lord Vere Essex Cromwell, died without heirs. However, in my script, the long-dead Vere did have children and so the Earls of Ardglass are still alive and flourishing in County Down into the 1900s.

The courtesy title enjoyed by the earl's heir was that of "Viscount Lecale" (Lecale was one of my school houses) and the Finnebrogue Estate actually came into existence partly through the generosity of the real Earls of Ardglass in the 17th century and their sons, the Viscounts Lecale.

As with many members of the Ascendancy class, the residents of Finnebrogue House played an important role in the life of Northern Ireland after the country was formally created in 1921, as Lord Belmont relates of the last of the Perceval-Maxwell to live on both house and estates: -

"Major John Robert Perceval-Maxwell DL, of Finnebrogue (1896-1963), was a farmer, a breeder of Shorthorns and Herefords and an active figure in the political and cultural life of Northern Ireland. He was a member of both the House of Commons and the Senate, and from 1945 to 1949 was Parliamentary Secretary in the Ministry of Commerce. He was also a founder member of the Northern Ireland Regional Committee of the National Trust (NT) in 1936 and for a time the Government of Northern Ireland's nominee on the Council of the NT in London. He was appointed a Deputy Lieutenant of County Down in 1935, and was High Sheriff in 1937."
Posted by Gareth Russell at 20:23