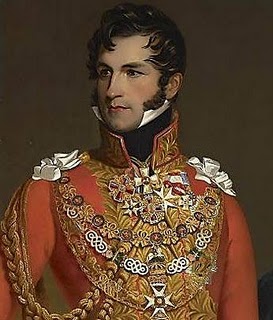 The blog The Cross of Laeken, written by a regular reader of this blog and an expert on the Belgian monarchy, answers some of the rather lurid scandals flung at the modern Belgian royal family in Paul Beliën's controversial book, A Throne in Brussels: Britain, the Saxe-Coburgs and the Belgianisation of Europe (2005.) Please note this article is confined to the modern Belgian royals as covered in the latter half of book, rather than the earlier generations, which were covered in excellent if harrowing books like Adam Hochshild's ''King Leopold's Ghost'' (1998). I'm afraid I haven't read specific biographies of Leopold as a person, either the first or second. For the early twentieth century Belgian royals, Theo Aronson's "Crowns in Conflict" or Denis Judd's "Eclipse of Kings" both have good chapters. To the best of my knowledge there isn't a biography in English of Leopold III, the king during the Second World War, but I may be wrong. On this more modern focus, the principle gist of this book seems to be to try and attack the Belgian monarchy today through sexual slurs, as Matterhorn writes: -

"Of course, using sexual slurs to discredit public figures is nothing new. Consider, for example, all the feverish, torrid, and, in fact, false accusations launched against Anne Boleyn, Marie-Antoinette, Queen Maria Carolina of Naples and Queen Louise of Prussia by their political opponents. The same process is underway today, in Belgium. We need not be conspiracy theorists to conclude that many people, in powerful positions, simply do not want this battered little kingdom to exist. There is no other explanation for the endless, paralyzing political problems, the bitter divisions, growing ever greater and ever deeper, that afflict a nation which has weathered the worst storms in history triumphantly. Therefore, it is not surprising that sordid little tales are sedulously spread, to undermine Belgians' respect for their monarchy. The Saxe-Coburgs are portrayed as lascivious, promiscuous creatures by definition. How accurate is this image?"

For The Cross of Laeken's full and thorough article on the royal house of Belgium, click here. It mentions the book covering the modern royals towards the end.
Posted by Gareth Russell at 23:54