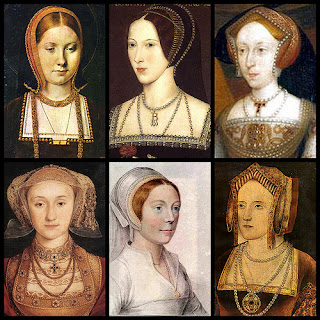 "It is often easy to hold up a character for example, that is in all respects worthy of imitation; or to exhibit one for reprobation which entirely deserves condemnation; but to present a character for warning, in the native materials of which we find much that was lovely, noble, generous and calculated to excite admiration, is a far more difficult attempt. In our present state, genius, talent and beauty, though these were among our original attributes, too often prove fatal endowments in women." - Selina Bunbury, Star of the Court, a biography of Anne Boleyn (1844)

In honour of International Women's Day, I thought I would post a list of some of my (personal) favourite biographies of famous historical women and the ones which I have enjoyed reading the most. The titles given here are the names under which these books were published in the United Kingdom - in cases where it is different in the United States, I've given that name in brackets, but please bear in mind that it may also be different elsewhere!
Queens Consort: England's Medieval Queens by Lisa Hilton (Rather bizarrely, this book is published as Queens Consort: Medieval Queens from Eleanor of Aquitaine to Elizabeth of York in America, despite the fact that four queens are studied in-depth before the author reaches Eleanor...)
The Life and Death of Anne Boleyn: The Most Happy by Eric Ives (An updated version of Anne Boleyn, originally published in 2004.) Sombre but sympathetic and generally considered the bible of Anne Boleyn studies, Ives's analysis of Anne's life is a heavily political one and all subsequent books on Henry VIII's second wife have, to a large degree, been influenced by Ives.
The Rise and Fall of Anne Boleyn: Family politics at the court of Henry VIII by Retha M. Warnicke. First published by Cambridge University Press in 1989, this study of Anne's career is not for the faint-hearted. It's heavy-going, academic stuff and very controversial in Tudor circles. I didn't agree with all of its conclusions, but I think this book deserves to be treated far more seriously than suggested by many history enthusiasts who have unfairly rushed to dismiss it as nonsense.
The Star of the Court by Miss S. Bunbury (Subtitled Or, The Maid of Honour and Queen of England, Anne Boleyn) First published in 1844 and now out of print, this book is romanticised, melodramatic Victorian biography at its best. I could literally sit by a fire and have someone read this to me for hours. (See this post's opening quote.) We're not allowed to write like this anymore!
Catherine de Medici by Leonie Frieda (published with the subtitle Renaissance Queen of France in America) It is not often that a supermodel becomes an historian, but Leonie Frieda's first book became a bestselling biography. At times, I think she might err slightly too much on the side of generosity in analysing Queen Catherine's actions. That being said, it is a great example of a revisionist biography and highly addictive. It's also brilliant on describing the personalities around Catherine and the major events of her era.
Mary Tudor: The First Queen by Linda Porter (published as The Myth of "Bloody Mary": A Biography of Queen Mary I of England in the US) Like many recent assessment of Mary Tudor's reign, I felt the only major downside of this book was that it skirted over her failures and, in particular, there is in no way enough of a discussion about the heresy trials. However, as with Leonie Frieda's take on Catherine de Medici, in the most part I thought this bio of Queen Mary was an excellent one and Linda Porter's way of writing is really engaging. Also, unlike several other pro-Mary historians, she is eminently fair to Mary's opponents and, in particular, her successor. I really enjoyed this book, actually and her biography of Katherine Parr is next on my list.
Elizabeth and Mary: Cousins, Rivals, Queens by Jane Dunn. Loved this dual biography of the rivalry between Elizabeth I and Mary, Queen of Scots. Wonderfully researched and written, it's one of my favourite reads of the last five years. Everything is concisely described and Jane Dunn's conclusions about these two women are, for me, pretty convincing. 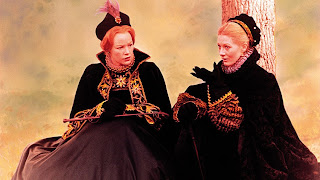 Cousins, Rivals, Queens
Actresses Glenda Jackson (left) and Vanessa Redgrave as Elizabeth I and Mary, Queen of Scots in the Oscar-nominated movie from 1971 Mary, Queen of Scots. In reality, the two queens never met, despite the fact that their lives were dominated by one another. Jackson and Redgrave gave terrific performances, though.
Elizabeth: A Study in Power & Intellect by Paul Johnson. I think this biography of Queen Elizabeth, from the 1970s, is currently out-of-print, but, although very long, it's a great assessment of Elizabeth's achievements.
Elizabeth the Queen by Alison Weir (published as The Life of Elizabeth I in the USA). The third of Alison Weir's series chronicling the private lives of the Tudor royals (it's a sequel of sorts to The Six Wives of Henry VIII and Children of England), this is a really readable and moving narrative of Elizabeth's time on the throne.
Ungrateful Daughters: The Stuart Princesses who stole their father's crown by Maureen Waller. A merciless and harrowing account of the ignorance and duplicity (respectively) of King James II's two daughters from his first marriage, Mary and Anne. Queen Anne, in particular, emerges as an absolute horror. It's unlikely you'll ever think of the Glorious Revolution in quite the same way again. Its section on the girls' stepmother, Maria-Beatrice of Modena, was also really interesting, especially since there isn't really a lot on Maria-Beatrice's life that's been published recently.
Love and Louis XIV: The Women in the Life of the Sun King by Lady Antonia Fraser. Chronicling all the major women in Louis XIV's life, from his relationship with his mother Anne of Austria to his overbearing protectiveness for his granddaughter-in-law, Marie-Adelaide of Savoy, Love and Louis XIV also charts the Sun King's numerous adulteries (Madame de Montespan naturally dominates here, as she should) and his two marriages, to Maria-Teresa of Spain and Madame de Maintenon.  One of the most enjoyable books I've read about life at Versailles. I also really liked the author's award-winning biographies of Mary Queen of Scots and Marie-Antoinette, although I didn't agree with all the conclusions. Antonia Fraser's style of writing is incredible. 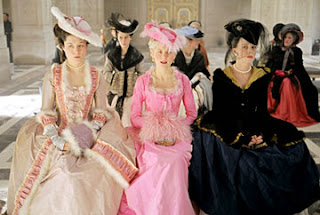 The 2006 Oscar-winning movie Marie-Antoinette was allegedly inspired by director Sofia Coppola's reading of Antonia Fraser's biography, Marie Antoinette: The Journey
Little Mother of Russia: A Biography of Empress Marie Feodorovna by Coryne Hall. The only English-language biography of Tsar Nicholas II's mother currently in print, the life of the Danish princess who married Emperor Alexander III of Russia and became both the leader of Saint Petersburg high society and one of the most consistently popular members of the Russian Imperial Family is a fascinating story and this book does it justice.
Nicholas & Alexandra by R.K. Massie. Published in the United States over forty years ago, Nicholas and Alexandra is incredibly still one of the most consistently well-selling of published historical biographies. Since the work of Professor Dominic Lieven at the London School of Economics, Massie's critique of the political nature of Nicholas's rule and the future constitutionality of the Russian monarchy is considered pretty much out-dated, but his research into the pre-revolutionary private lives of the Emperor and Empress, and their five children, is, for me, still the best. Massie later won a Pulitzer for his biography of Peter the Great.
Society's Queen: The Life of Edith, Marchioness of Londonderry by Anne de Courcy (Originally published as Circe.) Wonderful and affectionate book about one of the icons of the Protestant Ascendancy in Ireland and one of the Unionist movement's most famous leading ladies. Lady Londonderry was married to one of the richest aristocrats in the British Empire and Anne de Courcy charts her eccentric, extravagant life through the pre-war years, the creation of Northern Ireland, her husband's controversial (and later, regretted) enthusiasm for Appeasement and her death in 1959, when the old world of debutantes and Ascendancy, grand houses and society hostesses, was coming to its end.
Evita: The Real Lives of Eva Peron by Nicholas Fraser and Marysa Navarro. Short but excellent, it successfully debunks some of the most persistent myths about Evita's life and discusses her position as a posthumous celebrity, both inside Argentina and thanks to the Andrew Lloyd Weber musical.
The trailer for the 1996 movie version of the musical, Evita. It was made considerably more sympathetic to its title character than the original West End musical, largely thanks to research produced by the likes of Nicholas Fraser and Marysa Navarro.
The Mitford Girls by Mary S. Lovell. (Sometimes published in America as The Sisters: The Saga of the Mitford Family.) First book I ever read about the six socialite sisters who dominated the British tabloids and high society throughout the middle years of the 20th century. When people say, "you can't make that stuff up," I usually think either of the wives of Henry VIII or the Mitford girls. Nancy became a best-selling novelist and fashion icon; Pamela settled for a comparatively quiet life in the countryside; Diana, generally considered the greatest beauty of her generation, married a member of the Guinness brewing family, before leaving him for the founder of the British Union of Fascists; Jessica (known as 'Decca' in the family) ran off to elope with a Communist during the Spanish Civil War and then moved to America to become a non-fiction writer and a Civil Rights activist; Unity moved to Germany, stalked, and then became friends with, Adolf Hitler, before attempting suicide on the outbreak of the Second World War and Deborah, who published her own memoirs last year, married the future Duke of Devonshire and helped save the Chatsworth estate when the family was hit with one of the most crippling and savage examples of the death tax in history.
Queen Elizabeth the Queen Mother: The Official Biography by William Shawcross (published in the US as The Queen Mother: The Official Biography). Given complete access to the late Queen Mother's papers when he was asked to write the official biography by the subject's daughter, HM The Queen, Shawcross produced an enormous, exhaustive and wonderful book. It took a long time to read, given that it covers a woman who lived past her one hundredth birthday, but it was so incredibly interesting and I really enjoyed it. 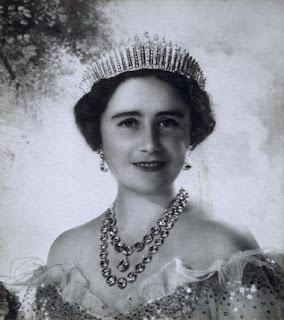