A fascinating look inside the Vatican archives 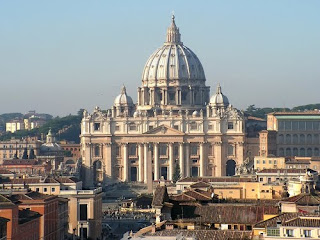 The Daily Telegraph reports on the opening of the Vatican archives in Rome.

Although conspiracy theorists may point to the fact that the withholding of any documents pertaining to events after either 1922 or 1939 obviously points to a massive cover-up, it's really not much different to the British Government's policy of suppressing sensitive documents for over a century after they are written, in order to protect the identities of those mentioned and their immediate family. Although it would of course be interesting to know the exact state of the Vatican's affairs during the terrible years of the Holocaust, rather than having to rely on either the panegyric or venom of hindsight.

On another note, the petition from the English upper-classes requesting that the Pope speed up the divorce of Henry VIII and Katherine of Aragon was partly organised by Sir William Brereton, whose later life you can read about here.
Posted by Gareth Russell at 00:13