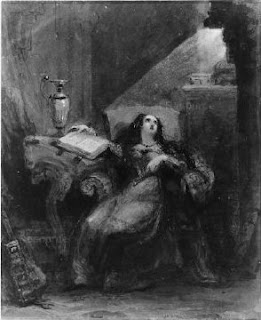 "She does not confess anything, and does not resist strongly, almost wanting to be delivered from living here, to go and live in Heaven, and hope is surmounting so much in her that she no longer cares about dying."
- Lancelot de Carles, Bishop of Riez (d. 1570)