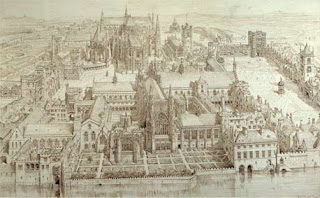 "So we'll live and pray, and sing, and tell old tales, and laugh at gilded butterflies, and hear poor rogues talk of court news; and we'll talk with them too- who loses and who wins, who's in, who's out- and take upon's the mystery of things as if we were God's spies."
- From William Shakespeare's "King Lear," Act V, Scene III