The Fall of Anne Boleyn (Day 11): An attempt to bully the Queen 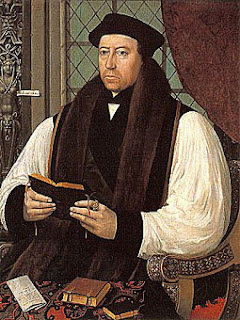 May 11th marks the day, I think, when Henry ordered the Privy Council to visit Anne in prison to try and intimidate her.

"Escorted into the imprisoned Queen's rooms by Sir William Kingston, the councillors perhaps expected to see her dishevelled, miserable or contrite after nine days of captivity. Instead, they were confronted by the sight of a waif-like brunette with cold, glittering eyes, regarding them with haughty disapproval. She had spent much of the day in prayer, but once told of the Council's impending visit, she had gone to get ready. The Queen knew the importance of appearances better than anyone and she had been waiting for the Council to come to her for over a week. Her would-be interrogators walked in to see Anne sitting on something very like a throne in her Audience Chamber, dressed immaculately, with some of her remaining jewels glistening from her fingers, wrists, ears and throat. "She did not give up her greatness," wrote an admiring chronicler, "and spoke to the lords as a mistress"."


Above: Thomas Cranmer, Archbishop of Canterbury (1489 - 1556), who was the Council's delegated spokesperson.
Posted by Gareth Russell at 16:12