The Fall of Anne Boleyn (Day 2): To the Tower 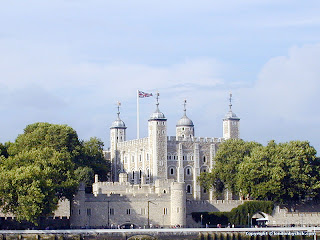 Today marks the anniversary of Anne Boleyn's arrest at Greenwich Palace and her transportation into prison in the Tower of London (above.)

"As she sailed into captivity, the cannons of the Tower fired out a salvo to announce the incarceration of a great personage within its walls and it was this sound, coupled with seeing the imposing walls of the Tower rise up around her, which finally shattered Anne’s preternatural calm. Henry VI and Edward V had both vanished into the Tower, never to emerge - as had several of Anne's opponents in days gone-by."